The Broad Street Brawl has claimed its first victims. Suspensions have been handed down following an on-court fight between the Sixers and Timberwolves.
The incident occurred Wednesday night in Philadelphia after Joel Embiid and Karl-Anthony Towns got into a shoving match that quickly escalated into a knock-down, drag-out royal rumble. According to The Athletic’s Shams Charania, both players will be suspended for two games. There was no mention of any fines levied on them.

1,818 people are talking about this

The incident began with 6:45 in the third quarter and ended with Embiid and Towns entangled on the floor. Towns appeared to have Embiid in a headlock, with Embiid placing his right thumb in Towns’ left eye. It looked like Towns threw a punch at the outset. Either way, the NBA sent a strong message this kind of behavior won’t be tolerated.

2,761 people are talking about this

The war of words between Joel Embiid and Karl-Anthony Towns certainly played a huge role in the two-game suspensions. After the game, Embiid trashed the Timberwolves center in his post-game press conference when he praised the “Broad Street Bully” mentality and egged on Sixers fans as he walked off the court following his ejection. The hometown crowd serenaded Embiid with chants of “MVP, MVP, MVP.”

Embiid and Towns were just getting started. They took their feud over to social media where the Sixers center referenced Towns’ mother giving him the middle finger and stated on Twitter: “I was raised around lions and a cat pulled on me tonight.”

Great team win!!! I was raised around lions and a cat pulled on me tonight lmao.. Got his mama giving middle fingers left and right. That’s some SERIOUS REAL ESTATE #FightNight #IAintNoBitch 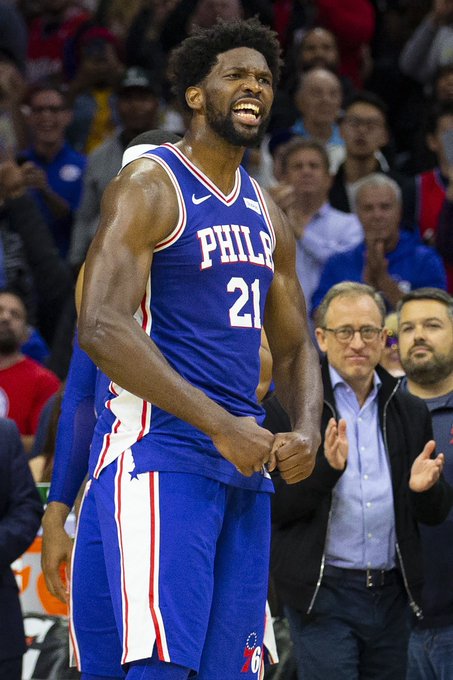 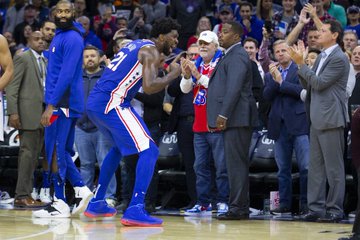 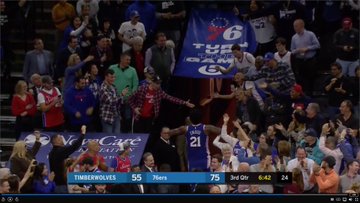 15.1K people are talking about this

He also slid into Towns’ comments with NFSW language. Meanwhile, Towns fired back by posting the clown emoji and posting pictures of Embiid crying after the Sixers were eliminated from the playoffs. 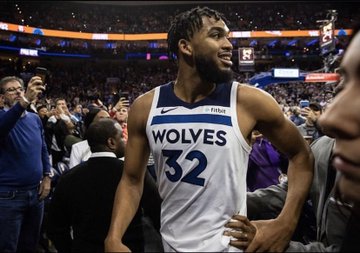 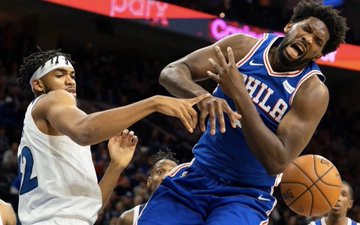 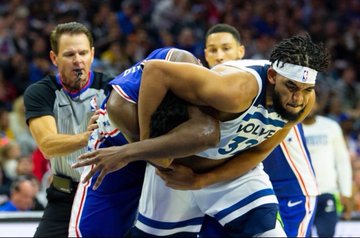 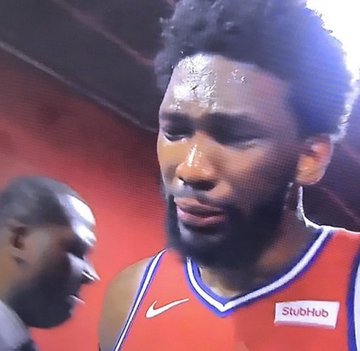 47.6K people are talking about this

Sixers guard Ben Simmons played a key part in the Embiid-Towns scrum, but he won’t face any discipline from the league office for his actions. The Aussie rushed to Embiid’s defense as tempers flared and put Towns in a chokehold in the middle of the court. The NBA deemed Simmons a “peacemaker” in the brawl, a notion that Minnesota refuted.

Sources: Sixers and Brand are communicating to the NBA that they believe KAT was the aggressor in the scuffle with Joel Embiid. Also, they've "doubled-down" on referee assessment that Simmons was peacemaker --- and delivered that message to league office too. https://twitter.com/wojespn/status/1189922771855380481 …

Sixers GM Elton Brand: "First and foremost, we obviously don’t condone the altercation that happened last night.
As a former player, I have experienced situations like that in the...

918 people are talking about this

For his part, Simmons doubled down on his role as a peacemaker in comments to local reporters. He also explained how the Sixers are always going to have each other’s back, no matter what happens.

These two are no strangers to conflict and they don’t seem to like each other all that much.

After a win against Minnesota in 2017, Embiid roasted Towns on social media and posted a photo saying, “Eurostepping our way through Minnesota and we ended up raising the cat last night.”

Towns commented on the post by writing “that caption was as trash as your picture quality.”

That tough guy act ain’t cutting it .... you know what you are.. you know what you’ve always been>>> A P**** (SAY IT LOUDER FOR PEOPLE IN THE BACK) Been kicking your ass and pretty please make the playoffs before you talk. It’s a known thing that I OWN YOU. @KarlTowns 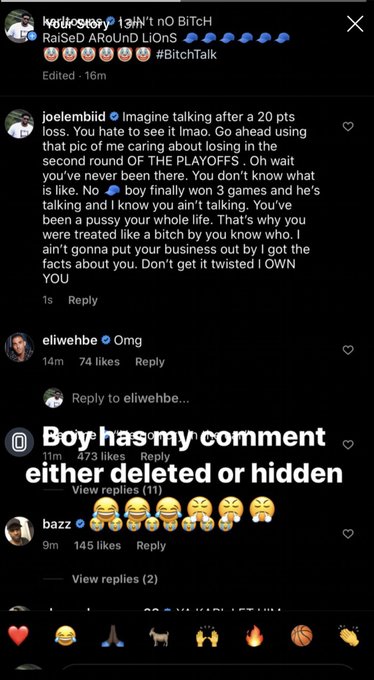 32K people are talking about this

While Embiid said he plans to cool the trash talk this year, although he still admitted he enjoys it following the Towns’ fight.

“Going into the season I kinda said I was gonna try to stay from all that (trash talking),” Embiid said. “But, you know, like I said before I never start anything. I always react. I guess it always finds me.”