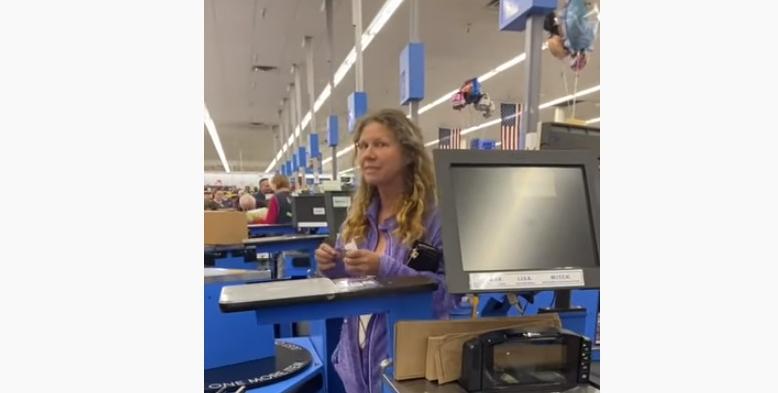 Dang, this is just the kind of craziness we definitely do NOT need to see going down at this particular time.

On top of that, it’s got top be a nightmare for store clerks to have to deal with, not to mention other shoppers.

Anyway, we’re talking about some nitwit woman going into a coughing and spitting rage at a Walmart store in Northern California

The insane altercation – as TMZ described – went down in Yreka, CA when the woman got into a spat over her bill while she was at the register this past week. Apparently, she felt she was overcharged and wanted to glance at the screen, but the Walmart worker told her to back up. That’s when the spit started hitting the fan.

Check out the insanity via the viral video below.

By the way, the cops eventually arrived and escorted her out. Unfortunately, it’s unclear if she was arrested.

Comment by Ab Gai on April 7, 2020 at 3:35pm
Hey black man, could you go get your queen please!!! This s*** is annoying. The entitlement is too much. Please tell me she got arrested for terrorism.

wow if she would have spit at or on me i know me and i would have beat her ass it's no ifs ands and buts about it..