Rapper Nas has revealed that the late musical genius Prince, would not record with him because he did not own his masters.

Prince then hit him up with some knowledge:

"He dropped a jewel, he kind of helped me see the future, and he was like, 'When you own your masters, give me a ring.' But we kicked it a few times. We got cool. He was seriously a very cool dude to me. He invited me onstage to perform.

Watch the clip below. 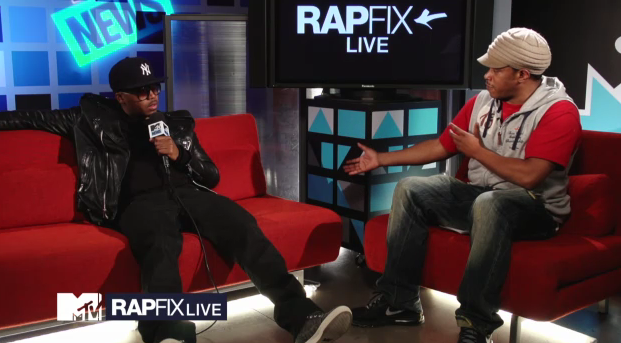 "Basically he was a promoter that I never worked with, and he wanted me to come to Africa for New Year's, which, for me, I thought, would be the best way to spend New Year's. ... The business wasn't handled. There was nothing sent to me, and there were no flights," Nas told MTV'S RAPFIX. "By the time he did send money — he did eventually send money to me — but it was too late to go. I didn't even have a visa to get in the country. So that's canceled, the show's canceled."

The father and son were allowed to stay in a hotel, but had their passports taken so they couldn't travel until local promoter Henrique "Riquhino" Miguel was paid the money he advanced to Nas and opening act Jemiah Jai.

Miguel had his bodyguards kidnap the Allocos when he realized neither Nas or Jai weren't coming. The American Embassy had them placed in the hotel. Alloco and his son did make it home safely eventually after Nas repaid the $300,000 he had received. Alloco is still considering a lawsuit against Nas after having to spend 49 days trapped in Angolo. "Nothing could be further from the truth," Allocco said of Nas' version of the story."Nas put us in harm's way by not showing up and put my son and I at physical harm and at risk by his inaction to fly to Angola."

Nas thinks Alloco is simply using him as a scapegoat.

"He was in some crazy danger In Africa," Nas said. "So he threw me under the bus."

I believe the Artist. Any good promoter knows that you have to send paperwork, to the artist's label . they will need Itinerary, lodging information and everything, so what he expect was going to happen when he didnt have his passport? That had nothing to do with Nas. That did have everything to do with being a good businessman. He didn't handle his. hes lucky nothing more horrible than being kidnapped happened.

Comment by vaughn mitchell on July 27, 2019 at 10:47am
Prince was right, been telling artist, for the longest own your publishing and masters.

Comment by Jay Jose on March 30, 2012 at 7:26pm
That's what I'm talking about Vonsina, he's sloppy and careless with his business, he know good and well he had to prepare himself. How can he blame somebody else for him not having a visa. I'm not against weed, but some people need to realize when it starts to affect them from being responsible.

Comment by VonsinaWilliams on March 30, 2012 at 6:44pm
Jay Jose you have hit the nail on the head dear.........He probably forgot he had to do paperwork...you know you need a passport to leave the country and enter another one. So you gone tell me you never even had your passport prepared...seems he never planed to go, if so that would have been the first step. Nas,,,,,No.

There is always two sides to every story....not sure who to believe but I am glad they made it safely back to the states.

Comment by Jay Jose on March 30, 2012 at 12:55pm
I love Nas but really do hate all his excuses. Stop smoking so much weed, so that you can be alert to handle your business better.