'My naked pictures have been leaked online, but I really don't care': Politician who suffered same fate as Rihanna and Jennifer Lawrence laughs off row

A Ukrainian politician claims have been a victim of an iCloud hacker after her naked pictures leaked online.

However, parliamentary candidate Olga Lyulchak says she has nothing to be ashamed of, comparing her raunchy images to fine art.

The photographs of 30-year-old Ms Lyulchak emerged last week sparking a wave of controversy in Ukraine. Not ashamed: Ukrainian parliamentary candidate Olga Lyulchak, 30, says the naked images of her is like fine art

Despite the critique, Ms Lyulchak, who lost her spot on Kiev city council in the local elections in May this year, has hit back at her haters.

Ms Lyulchak says that women who appear naked in photographs should not be demonised and that her nude images are nothing but art.

‘The world honours the great works of great masters such as Van Gough, Titian and others.

‘They created naked beauty which was admired.' Vote for me! Ukraine's very own Karen Danczuk is a candidate for the Ukrainian Democratic Alliance for Reform (UDAR) party in next month's parliamentary elections Proud: Olga Lyulchak says that women who appear naked in photographs should not be demonised

She added: ‘In our day and age woman who appear naked are considered vulgar or shameful.

‘I can’t understand it. I think they are pure art.’

Coincidentally, Klitschko's brother’s fiancée, US actress Hayden Panettiere, is also rumoured to be a victim of iCloud hacking

The Ukrainian parliamentary elections will be held on 26 October.

Rihanna is the latest celebrity to be targeted by celebrity hackers. Nude photos of the pop star was leaked online over the weekend.

Fortunately for Rihanna a single Google search by anyone can dig up similar photos of her. But she is not the only victim in the latest round of leaked photos, Meagan Good and Gabrielle Union also falls victim to the plot.

Last month hackers breached celebrity iCloud accounts on Apple via a technique called fishing. Apple has since tightened security and launched an investigation.

The FBI is also investigating the hacking of celebrity iCloud.

Rihanna has not commented on the leaked photos but other celebrities say they have contacted their lawyers. 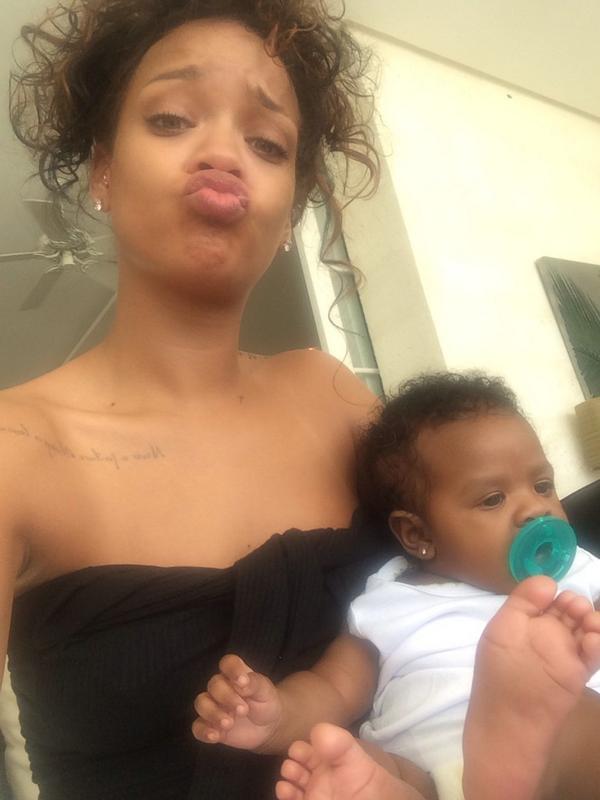 Gabrielle Union is among the latest round of celebrities to be targeted by hackers as nude photos of the actress hit the net last weekend.

Union has also confirmed that her data on her iCloud was also breached after hackers leaked several graphic images of her online.

The photos are currently making the rounds on Twitter, but Gabrielle Union is speaking out and she has a strong message to the hackers.

“It has come to our attention that our private moments, that were shared and deleted solely between my husband and myself, have been leaked by some vultures,” Grabrielle Union and Dwayne Wade said in a joint statement.

“I can’t help but to be reminded that since the dawn of time women and children, specifically women of color, have been victimized, and the power over their own bodies taken from them. These atrocities against women and children continue worldwide,” the couple added.

“For anyone out there also being affected by these and other hacking and hate crimes – We send our love, support and prayers. We have done nothing wrong.”

Actress Meagan Good and singer Rihanna were also targeted in the latest rounds of leaked photos.

Grabrielle Union and Dwayne Wade got married in August in Miami.

Meagan Good has also posted a statement on her Instagram page.

A new social blog in Jamaica has raised many eyebrows as well as drawn the eyre of several women islandwide after discovering naked pictures and videos being leaked on the website without permission.

One of the women affected by this infamous blog is prominent Reggae artiste, Denyque who suddenly appeared on the page later Monday night. A nude photograph of the Can't Breathe singer headlined jamaicangirlsexposed.com along with a picture of her kissing a male in a bedroom setting. The administrators of the website, who remain unknown, demanded that Denyque pay JA$50,000 in exchange for the removal of this material.
Angered by these developments, Denyque contacted law enforcement officials as well as her legal team on Tuesday in an attempt to discover who's behind this website and hold them responsible for their actions. 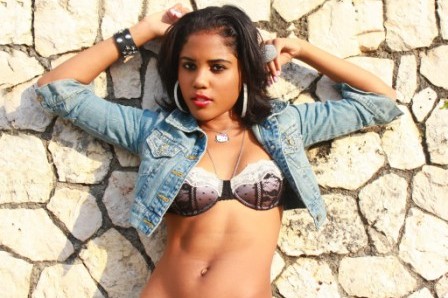 Denyque released a statement on Tuesday afternoon detailing what led up to these events and what she plans to do going forward to stop this from happening.
The release read in part, Sometime last week, a rouge blog appeared on the blogosphere and began posting revealing, nude, and personal photos of women. During this time, the operators of this shameful blog threatened to reveal similar photos of me which they obtained by hacking into my personal computer and phone." "The photographs were taken sometime in 2009 and were NEVER sent or otherwise distributed to ANYONE. They have remained my private property."
"Let me be CLEAR that these photographs were also taken when I was in a committed relationship and that both myself and my partner, at the time, remain equally puzzled and disappointed at the surfacing of these photographs."

"My manager emailed them again and asked them to remove the photos, to which they responded and a MALE called from an "unknown" number, with a demand for $50,000 to remove these photographs. I have refused to comply. There is simply no way I will stand for blackmail and extortion. Absolutely none, and I have since reported the matter to the Jamaica Constabulary Force."

According to Denyque, not only will she stand up for herself and try to dissuade similar attempts to damage her reputation, but she'll become the outspoken representative for fellow victims.
"What about the other ladies on the blog? How do they begin to re-assemble their lives after these hackers and scammers wreak havoc? What happens when this wretched person decides that $50,000 is no longer enough money? What happens when the blog CONTINUES to post these illegally obtained photos and continues to destroy people’s lives? I will not stand for that. I will not support it," she said.

"I am prepared to be the voice of all the innocent women who are being exploited, I refuse to sit back and be silent! It is clear that the operators of this blog harbour a great hatred for women and the idea of privacy that all consenting adults are entitled to. It needs to be shut down and the operators jailed."
"I have accepted that as a person in the public eye, I am held to a higher standard of judgement, but I do not accept that I am not allowed the same privacy and space. I take this opportunity to extend my heartfelt gratitude to all the persons who have offered me their support, compassion, love and well wishes. I feel truly honoured and blessed. Notwithstanding I will continue to be an advocate in defence of the innocent women who have suffered at the hands of this cruel act."

The website features previews of pictures and videos they intend to release of more women going forward and even threatened to unveil naked photos of former Intense host turned Reggae singer, Pepita Little before backing off that claim.

Meagan has it right. It's all about her beauty now and not when she is fifty years old. However, Union Wait, she should learn a better technique on holding on to the pole and balancing on it. She wants to be in the Players Club and then b**** about it. She is full of it. Lol

Comment by kk on September 24, 2014 at 12:35pm
@Conscious that seems to be true. Propoganda. Almost every celeb and their team are guilty of it. Objective don't be forgotten. Kmt

I agree with dollar bill in players club. Lol

PUBLICITY PROPAGANDA!! Damn Gabriel’s and Rihanna’s careers must be on the decline.  Can't stay on top forever.....NEXT!

http://datagwaan.blogspot.com/2012/04/denyque-defends-her-self-nude... my bad 2 years ago..... so not understanding these comments.....look at the date of this article... why would the writer/blogger even add something current to an old news?

The article at the bottom is a year old, nothing new and if my memory serves me right the person was caught and is locked up. What people do in private is their business....phone or camera, their business.....

Comment by Norml c on September 23, 2014 at 5:24pm
Shouldn't be taking nude pic of yourselves. U know what u look like

I don't feel any pity on these women in light of the events in our countries not so long ago past with photo leaks to the internet!

Comment by kk on September 23, 2014 at 1:07pm
Haven't these women learned from other people's mistakes. .. don't keep nudes of yourself in your phone. Yes it's private and yes it's your business but gosh be preventative and Avoid it all together unless these so call leaked photos aren't really leaked and it's just something to keep them all relevant