Mueller told AG Barr his four-page memo that exonerated Trump from collusion and obstruction caused confusion and did NOT capture the 'context, nature and substance' of his detailed report 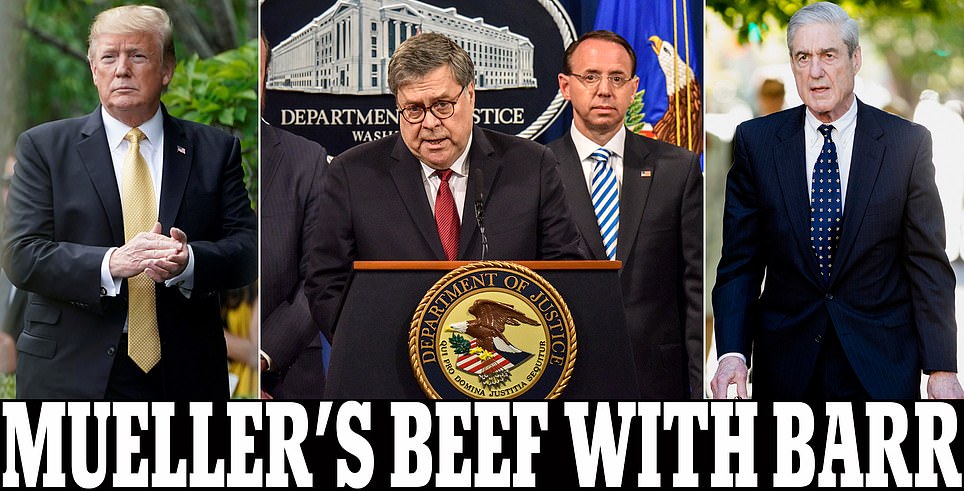 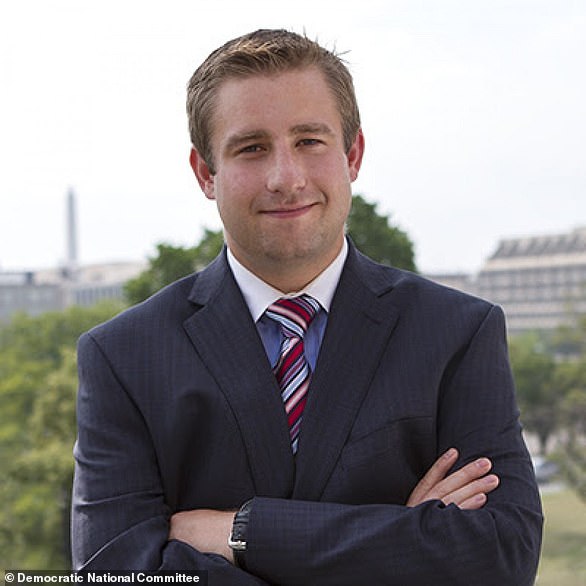 The report states once and for all, and without a shadow of a doubt, that murdered DNC worker Seth Rich (pictured) did not help leak emails

The report states once and for all, and without a shadow of a doubt, that murdered DNC worker Seth Rich did not help leak emails.

'Beginning in the summer of 2016, Julian Assange and WikiLeaks made a number of statements about Seth Rich, a former DNC staff member who was killed in July 2016,' states the report.

'The statements about Rich implied falsely that he had been the source of the stolen DNC emails.'

Despite this, Assange still used the boy's death to strongly suggest he was the source of the leaked emails to the cryptic statements he made at the time.

'ANNOUNCE: WikiLeaks has decided to issue a US$20k reward for information leading to conviction for the murder of DNC staffer Seth Rich,' tweeted the Wikileks account after his death.

Mueller's team did not issue a subpoena to force President Trump to give an interview to the special counsel because it would have created a 'substantial delay' at a late stage in the investigation.

President Trump refused an oral interview and provided only written answers for the questions he was willing to answer.

'We also assessed that based on the significant body of evidence we had already obtained of the President's actions and his public and private statements describing or explaining those actions, we had sufficient evidence to understand relevant events and to make certain assessments without the President's testimony,' states the report. 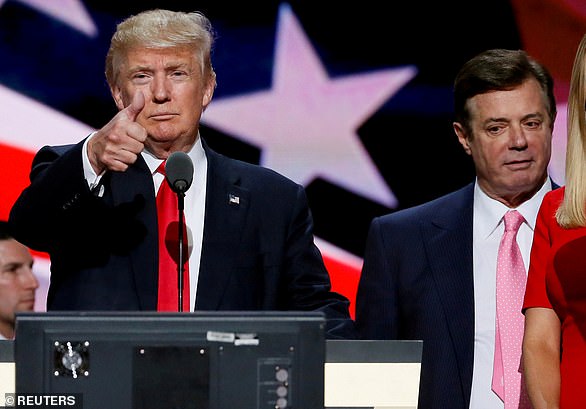 Trump and his former campaign manager Paul Manafort are seen at the Republican National Convention in Cleveland on July 21, 2016

Mueller said evidence he collected indicates Trump intended to encourage his former campaign chairman, Paul Manafort, not to cooperate with the investigation.

There was also evidence that appeared to support the idea that Trump wanted Manafort to believe that he could receive a presidential pardon.

'During Manafort's prosecution and when the jury in his criminal trial was deliberating, the President praised Manafort in public, said that Manafort was being treated unfairly, and declined to rule out a pardon,' notes the report.

'After Manafort was convicted, the President called Manafort "a brave man" for refusing to "break" and said that "flipping" "almost ought to be outlawed.'

By contrast, he expressed 'hostility' towards General Flynn after learning he was cooperating with the investigation.

'Our investigation found multiple acts by the President that were capable of exerting undue influence over law enforcement investigations, including the Russian-interference and obstruction investigations,' reads the report.

'The incidents were often carried out through one-on-one meetings in which the President sought to use his official power outside of usual channels.

'These actions ranged from efforts to remove the Special Counsel and to reverse the effect of the Attorney General's recusal; to the attempted use of official power to limit the scope of the investigation; to direct and indirect contacts with witnesses with the potential to influence their testimony.'