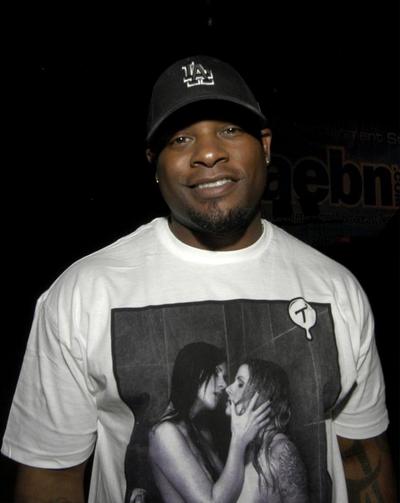 After Mr. Marcus contracted the bacterial infection on set, he altered his syphilis-positive test so he could continue performing.

The 18-year veteran actor’s admission came after the industry’s self-imposed 10 day moratorium which has sen more than 1,000 performers in the Los Angeles area get tested and administered preventative antibiotics.

According to XBiz Mr Marcus said: "I tried to cover it up…because I said it was like the scarlet letter. It’s the word. Syphilis, whoa," he said. "Mr Marcus, syphilis? Mr Marcus, the one I worked with? The one that everybody works with? The one that’s been in this industry forever?"

A doctor told Mr Marcus that he would not be contagious 10 days after taking a shot of penicillin on July 13.

With that diagnosis he returned to work 11 days later, on July 24, still with syphilis.

Instead of presenting a paper or digital copy of the test results he showed the producer a copy on his phone so the details about the infection were not visible.

He said: "I have to live with this, no one else does."

The actor said that three women he performed with after his diagnosis have all tested negative for syphilis. Her revelation led to speculation that the outbreak of the disease came from Hungary.

Sex workers are supposed to undergo regular blood tests to ensure they are free of sexually transmitted disease.

Syphilis is a treatable bacterial infection that can be spread by both bodily fluids and contact with infected skin.

Its causes skin lesions and rashes. If left untreated, it can permanently alter and damage internal organs and brain function.

The number of syphilis cases in California has jumped 18 per cent according to a recent report from the California Department of Public Health.

The results showed a much higher rate of men had contracted the infection and that African Americans were affected more than any other racial demographic.

Condom use has become of political issue in Los Angeles since a 2010 AIDs outbreak, which infected one performer.

They should lock his ass up and cut his dick off.

Can't say I'm surprised. Are you?

Is He serious! With all the pu$$y He has been getting over the years on film plus the overload of pu$$y He is still getting today this Brother actually couldn't wait out a 30-90 day time frame. Really!

A wise man once told Me "Too much pu$$y will make You crazy" guess it's True word no lie....

He covered his results....he should be ashamed of himself....he worked in the industry too long to be so unprofessional.