Christian Cooper, the Black man who has now become famous for his affection for bird watching and how he handled a white woman who falsely called the cops on him after he asked her to leash her pup in Central Park, now says he’s not so sure firing her makes any difference.

As we previously reported, Amy Cooper, white woman infamously dubbed ‘Central Park Karen’ has been fired from a New York City investment management company, where she was employed.

Cooper is the woman seen on a viral video calling the police and straight-up lying on Christian, whose only “crime” was asking her to put her dog on a leash in New York’s Central Park.

“I’m not sure how I feel about that,” Christian told The New York Daily News on Tuesday. “I can’t see how that addresses the underlying issues. I think it’s important to move beyond this instance and this one individual, adding that “too much focus has been put on her when it really is about the underlying issues that have plagued this city and this country for centuries. Racial issues.”

Christan said while he can’t gauge whether Amy is racist from her actions and reaction, she certainly asserted her “white privilege.” 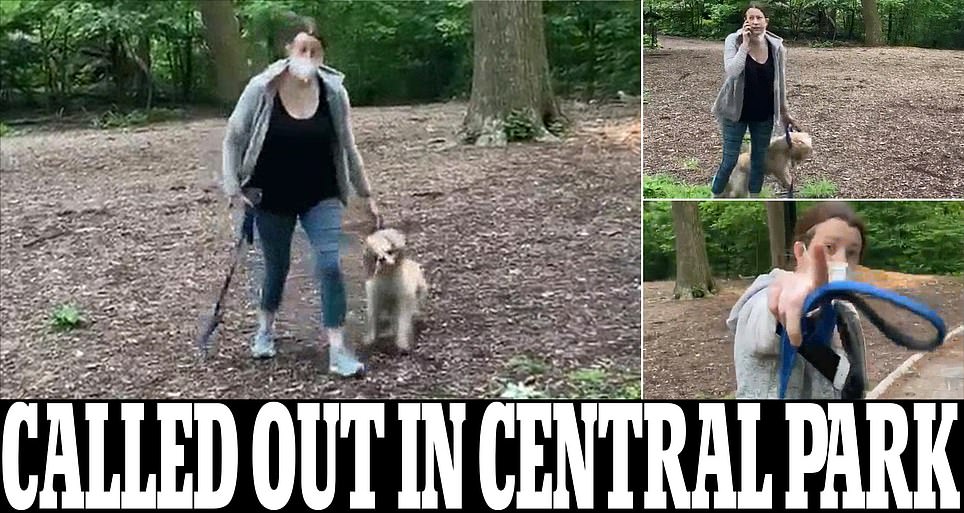 Cooper is the woman seen on a viral video calling the police and straight-up lying on Christian Cooper, an African American man, whose only “crime” was asking her to put her dog on a leash in New York’s Central Park.

Initially, Franklin Templeton put Amy Cooper on administrative leave while an investigation was conducted. Word has now come that the company (confirmed on Twitter) has terminated her and added that it does not “tolerate racism of any kind.”

The video, which was posted Monday on Facebook, picks up after Christian Cooper asked the woman to leash her dog in accordance with a rule in the Ramble, an area of Central Park. She’s seen asking him to stop filming her as she walks toward him. She then tells him that she’s taking a picture and calling the cops to tell them “there’s an African American man threatening my life.”

“I’m not a racist. I did not mean to harm that man in any way,” Amy told CNN. “I think I was just scared. When you’re alone in the Ramble, you don’t know what’s happening. It’s not excusable, it’s not defensible.”

Comment by Robert on May 27, 2020 at 10:13am
And the animal adoption return and took the dog back. She almost choked out the dog.

Comment by Mnyama on May 27, 2020 at 5:39am
If she was so afraid, why didn't she just keep walking. She stood there and had a whole ass conversation with her potential attacker while holding her unleashed, untrained ass dog.

weaponizing her status as a Caucasian women to get a Black man arrested. I'm glad reasonable thinking cops came because the situation could've gone bad for the brotha if other kkkops had been there...

lol well since he was threating you now youre fired, its okay youre not a racist you just know how to use white power to hate or hurt someone you may see as a victim, and that would make you what? well you pick, in the mean time your whit ass is about to feel the corona season, i hope you can find a job after this is all done, because NY is about to be hell, you dumb slut, thats why i dont trust white b******, i dont even want to talk to them, they are annoying

"She didn't mean to harm that man in any way ", of course - although she did hope that the NYPD would do some harmful things which was the reason for her call. Wotta bich