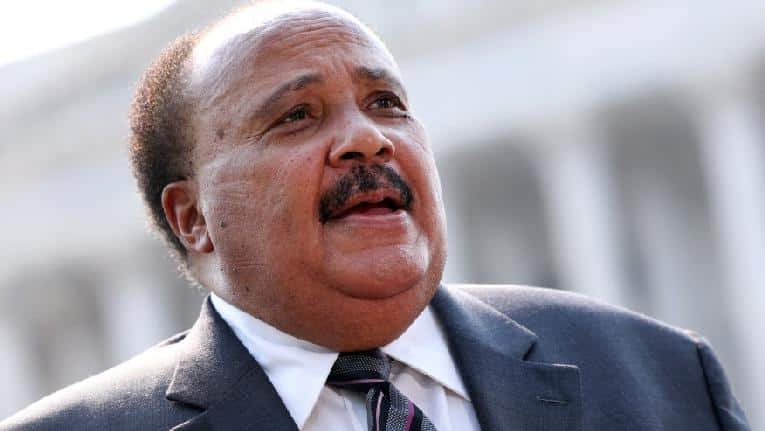 #MartinLutherKing III calls for the public not to celebrate #MLK Day. Instead, he asks everyone to join him in urging Congress to end a Jim Crow filibuster that blocks the voter’s right legislation.

On December 15, MLK III took to Twitter to mention his plan for a day of action on January 17. Usually, the day is reserved for celebrating MLK Day, but the civil rights leader’s son is deciding to switch up the tradition next year.

“No celebration without legislation. On January 17, join me to honor my father and the #MLKLegacy as we call on Congress and the White House to eliminate the Jim Crow filibuster and pass voting rights to protect millions of Black and Brown voters.”

Many other civil rights groups are planning to attend the MLK weekend festivities. The Leadership Conference on Civil and Human Rights, the National Action Network, and The National Urban League are just a few to name.

“President Biden and Congress used their political muscle to deliver a vital infrastructure deal. Now we are calling on them to do the same. To restore the very voting rights protections my father and countless other civil rights leaders bled to secure.”

Back in November, supporters of the John Lewis Act exposed the Senate Republicans that blocked the bill. Only 60 votes were needed to advance the bill past the filibuster. However, that became impossible after the 50-49 vote.

Comment by Georg Fabile on January 18, 2022 at 3:45am
Even if the game puts you in a frightening position, because at the moment when you see the Devil, you will begin to tremble and your knees will move, you will have to prove to us that you managed to impress his daughter so that you can want to dance. At the next level of the game, you will take a microphone and try to sing all kinds of songs, from rock, dancing, R&B and others.Play Friday Night Funkin Unblocked games at school

Give me a break with this mlk bullshxt, he was dumbass

Comment by mr1stroke on January 17, 2022 at 6:59pm
Let me guess we are America citizens but we need voting rights while politicians in NY giving away voting rights to illegal immigrants in this country for at least 30 days, than you have those who keeps blaming republicans even worrying about dumb laws like showing it and water, ok of you know what you up against and willing to fight, you won't cry like babies, use your best weapons and win the fight, the Republicans clearly explain the water situation, they dont want people to give out water to people in line and tell them who to vote for, they rather you give the water to the poll workers and let them hand it out to the people, if you are protecting your investment as a party it make sense to me.

Now people crying about id well guess what every thing you do these days they ask for government if, if you are really concern about voting, make them feel stupid, have your it in hand and vote instead of crying, fight to win.

It has been over 50 years since Doctor king dried we know what he did, thats why we are celebrating him today, now from 1968 what have your favorite leader done for the people, what exactly have they changed. Please name the leader and tell us the laws he has change, the democrats use negros as the slaves that they are, they keep making excuses by blaming republicans, well let see how many laws Joe Biden have repealed, how many laws congress have passed for other people even violate the constitution without the Republicans, but they need republicans for voting rights and police reform, how come they do need them for anything else, negros are so vulnerable they believe anything those white devils tell them.

How many black congress person do you have, have many black judges do you have and they still cannot take action and pass any laws for blacks, how many white democrats who claim they are not racist, how come they cannot take action and pass the laws that are needed for black people? Its a damn shame how negros just sit there and believe the white men just like the bible they read to them. Martin Luther kind said how long not long, but how long are you people today will beg white people for equal rights, you are still slaves because you're too busy waiting for hand out from white people.

If you want to come on the attack state the facts and let the rest of us research, if you claim you are highly educated post the information on here and prove me wrong