Million dollar warrant out for Eek-A-Mouse.... 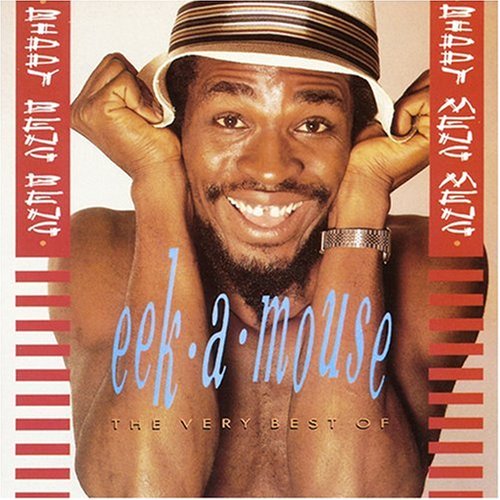 Barbara White of Eek-A-Mouse Entertainment Group is now fuming, as she says a US$1 million warrant has been issued for the artiste because he did not appear in court earlier this week.

Eek-a-Mouse, real name Ripton Joseph Hylton, was scheduled to appear in court on Monday to answer to charges against him from 2008. In that year, he was arrested for the first degree kidnapping of a female, second degree rape and possession of cocaine and marijuana by Kill Devil Hill police department in North Carolina.

However, when his case was called up on Monday, he was a no-show. But White said this was beyond his control.

"They put out a US$1 million arrest warrant. He could not get into the US because they denied his visa application and the airways were closed because of the volcanic ash. There is no way he could have travelled to the United States," she told THE STAR, noting that the artiste has been on tour in Europe doing shows in places like Sweden, Italy and Germany.

"He is stuck in Amsterdam. He wasn't able to get into the United States so our attorney asked for a motion to continue and they refused."

White further explained that Eek-A-Mouse applied for a US visa in March and found out that the visa was denied in April.

"They informed him that he would not be getting a visa to the US. He applied for a waiver and that was denied. We don't know why the US denied his visa 'cause he has travelled back and forth for more than 20 years," she told THE STAR.

Eek-A-Mouse became popular in the 1970s. He is known for songs like Do You Remember, Virgin Girl and Wa-Do-Dem.

Comment by Joseph S. Bailey on May 6, 2010 at 1:33pm
Ive Had The The Pleasure Of Opening Up For The Mouse And Trust And Believe He Doesn't Have To Rape Any Girls When He Is In Town. Groupies Flock To Reggae Musicians And Singers Like Crazy The Charges Are Trump Charges And He Is Innocent.
One The Best In The Business!

Comment by rassmass on April 27, 2010 at 8:34am
i saw him live this week end in wuppertal what a raay raay gagagaghhahahahha

Comment by www.jaxsprats.com on April 26, 2010 at 9:03pm
ADEMOLA OLUGEBEFOLA the man, the artist, the living legend....Caribbean, African American (Harlem Renaissance) and Yoruba inspired Artwork. Internationally known and highly acclaimed Artist....Google him and experience his dedication, devotion, and appreciation for African Arts ...... http://cgi.ebay.com/1971-SIGNED-NUMBERED-ADEMOLA...-OLUGEBEFOLA-FAM...

Comment by www.jaxsprats.com on April 26, 2010 at 9:03pm
Does that also mean stop sending American dollars via wire transfer to the caribbean? @ Ripper

Comment by Ripper on April 26, 2010 at 3:14pm
I think Jamaica and the rest of the caribbean should deny American entry. Trinidad already deported a US citizen back to America and America was pissed and confulsed. I think the rest of the world should just deny American entry. I know it would be hurting me to, a caribbean man with American citizen, but America would really deserve that.

Comment by Suga on April 26, 2010 at 4:23am
I have been reading alot about Jamaicans VISA'S being revoked or refused without their knowledge, what is up with that? whats the real story behind all of this???