Mike Tyson Speaks on His Beatdown of Jet Blue of Passenger: ‘He was F**king with Me!’ | WATCH

Boxing legend Mike Tyson is breaking his silence about his confrontation last month on a JetBlue flight. Speaking on the plane passenger’s bloody beatdown, Tyson blames it all on the fact that … “he was f***ing with me!!”

Since the beatdown, Tyson is finally addressing the confrontation and took to his Hotboxin’ podcast to open up. Tyson said, “He was f***ing with me, man.

I took pictures wit this n***a.Like many people wondering why Tyson was even on a public flight, he goes on to explain that his wife has also urged him for a while to stop doing so. Tyson said, “I shouldn’t even be taking public planes. My wife gets mad that I take public planes. What I’mma do on a f***ing plane with my friends, and a bodyguard and f***ing yes men. What I’mma do on a plane? It triggers me. 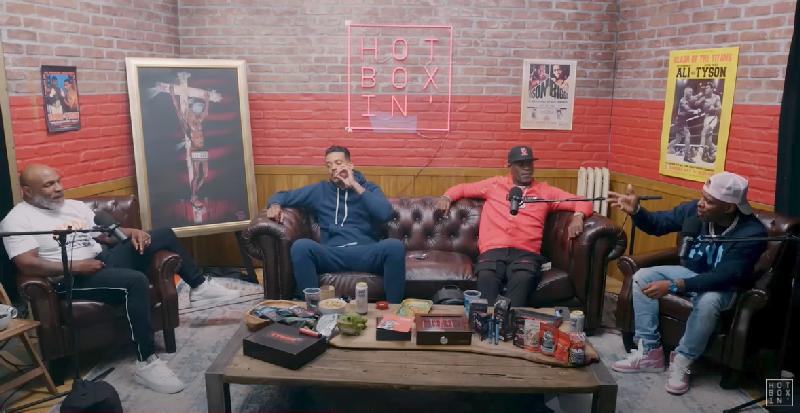 As we reported in late April, Tyson lost his cool on a flight from San Francisco, California to Florida. He alleged at the time that an allegedly “extremely intoxicated” fan kept annoying him. A witness claimed that Tyson was initially cool with them and the other passengers, even took a few selfies with a couple of them.

However, one passenger, later identified as Melvin Townsend III, became a little too excited and kept trying to talk to the 55-year-old fighter, who was seated in the row ahead of him. Having had enough of the superfan bothering him, Tyson eventually got increasingly frustrated with the guy and asked him to calm down and leave him be.

When the Townsend did the opposite, that’s when things escalated and Tyson began punching on the fan, who eventually lawyered up. The San Mateo DA’s office eventually revealed they were not going to file any charges against Tyson, citing the fan’s provoking conduct leading up to the altercation

Should have knocked his front teeth out.