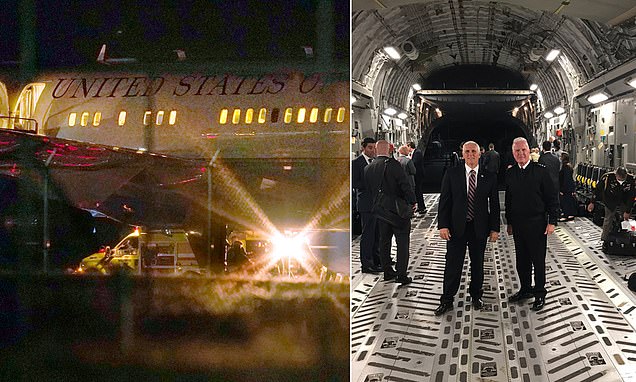 Video shared to Twitter showed the birds striking the aircraft about seven seconds after takeoff, with several sparks subsequently seen coming from the plane's right engine.

Pilots managed to turn the plane and safely land back at the airport. There were no reports of any injuries. 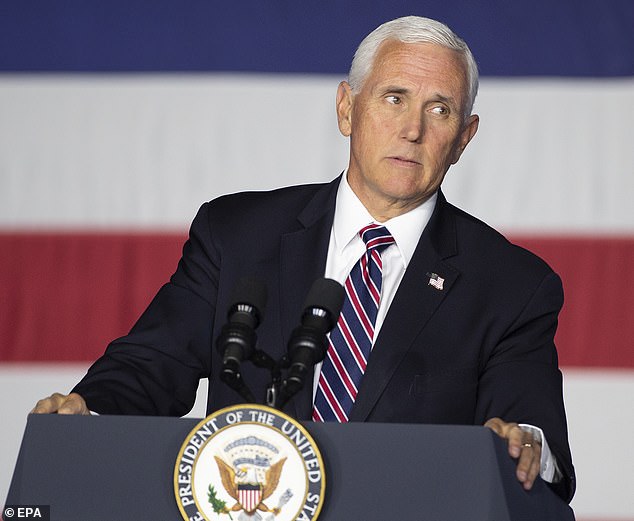 Air Force Two, which was carrying Vice President Mike Pence, was forced to return to a New Hampshire airport Tuesday evening after it was hit by birds. Pence is pictured campaigning in the state 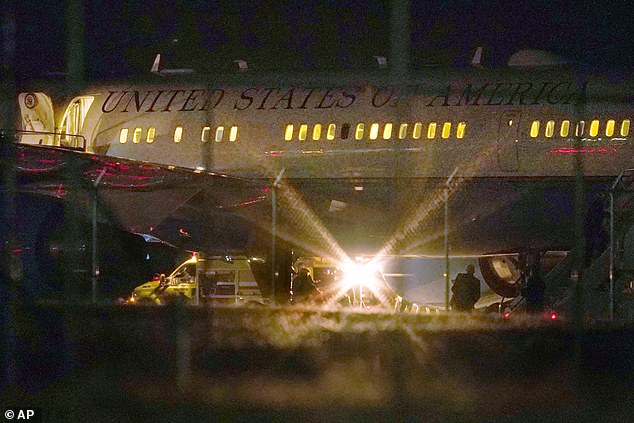 Pence was seen alongside severak aviation engineers as they inspected the plane as it sat on the tarmac shortly before nightfall.

The Vice President later boarded a C17 cargo plane for the 80 minute flight back to the nation's capital. That plane is usually used to transport Pence's vehicles.

Assistant Secretary for Health Brett P. Giroir shared of snap of Pence inside the cargo plane.

'Air Force 2 has a little different look tonight. Now in a C17 and happy for it! Thanks to the pilots and crew for getting us safely back on the ground,' Giroir wrote. 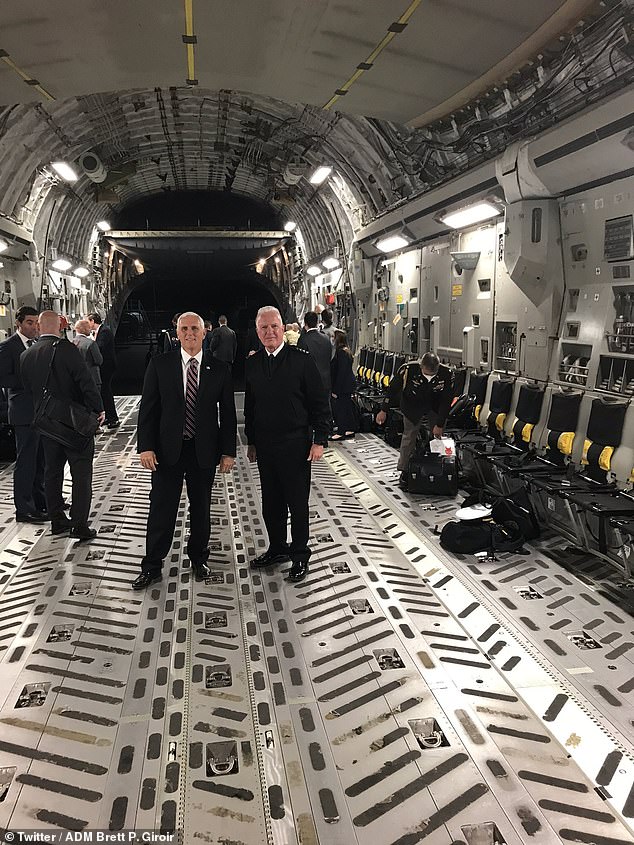 Mike Pence is seen alongside Assistant Health Secretary Brett P. Giroir inside a C17 cargo plane they later used to fly back to D.C.

Pence had spent the day campaigning in the city of Gilford, where he pledged that Trump would fill the Supreme Court seat left vacant following the death of Ruth Bade Ginsburg.

He also vowed that the Trump Administration would stand with law enforcement and would never defund the police.

'So many of you said yes to Donald Trump in 2016, but I'm here, 42 days from Election Day, because I know New Hampshire's going to say yes to four more years of President Donald Trump,' he stated.

Meanwhile, Trump took to the battleground state of Ohio for another raucous rally, in which he poked fun of his Presidential rival Joe Biden less than 45 days out from the election. 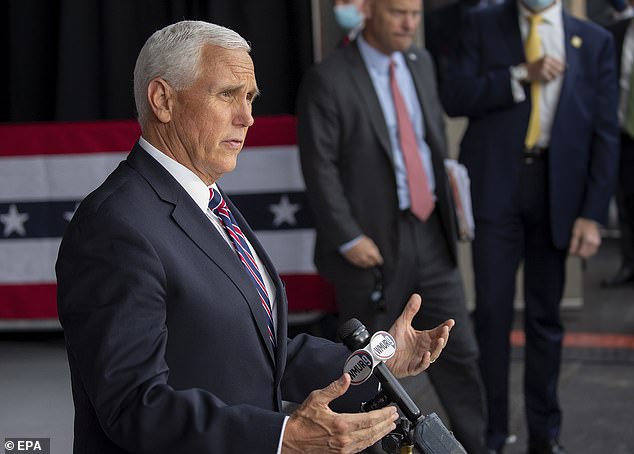 Pence had spent the day campaigning in the city of Gilford, where he pledged that Trump would fill the Supreme Court seat left vacant following the death of Ruth Bade Ginsburg