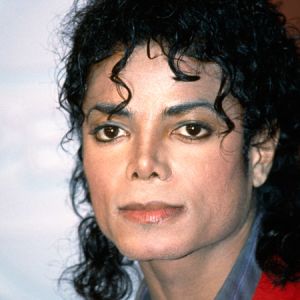 Have you ever noticed how many entertainers appear one way in public but behind the scenes, they are broke, busted, and disgusted? The fancy house, the expensive cars and a host of other material stuff look good, but in essence, it’s a front to what really is. It’s sad when many entertainers go bankrupt because of lavish spending. Just because they are making money, without proper financial management they will find themselves filing for bankruptcy.

In 2009, the world lost a musical icon in Michael Jackson. The greatest entertainer of all time died unexpectedly and left the world gasping. Not only did Jackson’s death shock the world, but his financial worth has been questioned.

It has recently been reported that Jackson was on the verge of bankruptcy in 2009. In an article published in Daily Mail, “The IRS alleges that the singer’s estate has undervalued assets, but overseers of Jackson’s estate say the artist was virtually worthless at the time of his death and was millions in debt.” In plain language, the IRS says Jackson’s estate has at least $1 Billion Dollars in unpaid taxes.

After Jackson reached an undisclosed settlement in 2005 for allegations of child molestation, David Dunn, a partner at Shot Tower Capital was hired to help restructure Jackson’s debts. Dunn says Jackson would often times undermine him.

“The banker said that in early 2008, Jackson was in a ‘very precarious situation’ with more than $300 million in debt, as he had out-of-control spending habits while the once-luxurious Neverland Ranch was near foreclosure.”

Jackson borrowed money excessive because he didn’t want to tour. This borrowing put him in more financial stress.

“The new revenue coming into his estate allowed for the singer’s debt to be refinanced, as new income was generated with the ‘This Is It’ concert movie and the gainful Cirque du Soleil show in Las Vegas.”

Comment by Candi Rose on March 2, 2017 at 10:50pm
Always trying to throw dirt on a mans name when he's gone! Leff it!!! I would leave the biggest "IRS bill" before I die too! F** em
You must be crazy to think the Jackson name could never recover, regardless of the situation!