Mercy! Some South Africans Consider CANNIBALISM Because of Food Shortages Due to Riots/Looting | VIDEO 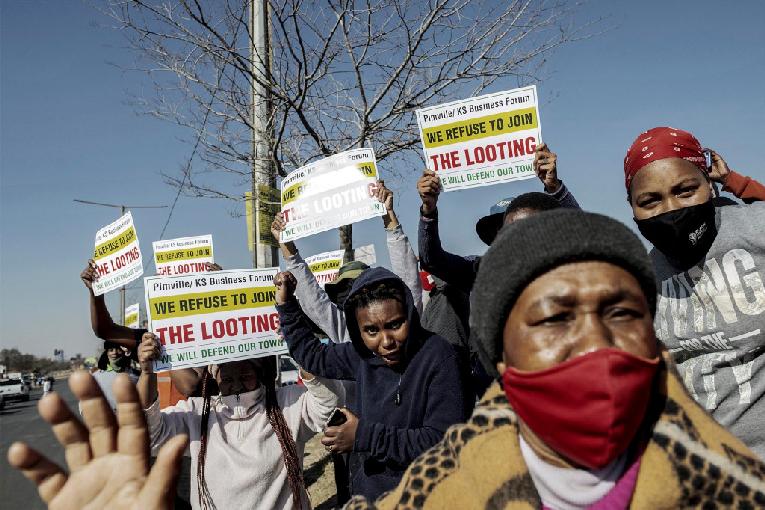 Because of deadly rioting and looting in South Africa, food and fuel shortages have grown so severe that some on the front lines are considering cannibalism, according to a report

“We are on the verge of eating each other,” community leader Nhlanhla Lux told the Financial Times as he and a group of other armed men dug in to defend the Maponya Mall in Soweto from looters.

“The biggest mall that employs the biggest number of people is the one left standing,” the 33-year-old, clad in camouflage and carrying a pistol, told the outlet of the mall. “If it falls, it’s the last elephant.”

The violence began last week in the form of a  protest of former President Jacob Zuma beginning a 15-month sentence for refusing to appear at an inquiry into alleged corruption during his time in office.

From its origin in Zuma’s home in KwaZulu-Natal province, the unrest has since spread to cities across the nation, including Johannesburg, reportedly killing at least 117 people and choking major commercial roads, leading to dire shortages of food and fuel, reports the New York Post.

The rioting also intensified because of frustrations with ongoing closures and economic stagnation amid the COVID-19 pandemic.

Video footage and accounts have emerged of malls being scavenged clean by hundreds of looters then torched, and gun battles in the street.

President Cyril Ramaphosa has deployed some 25,000 troops in a bid to quell the riots.

But the rollout comes with supply shortages already gripping the nation, due in part to violent demonstrations in the major port city of Durban, in the KwaZulu-Natal province. 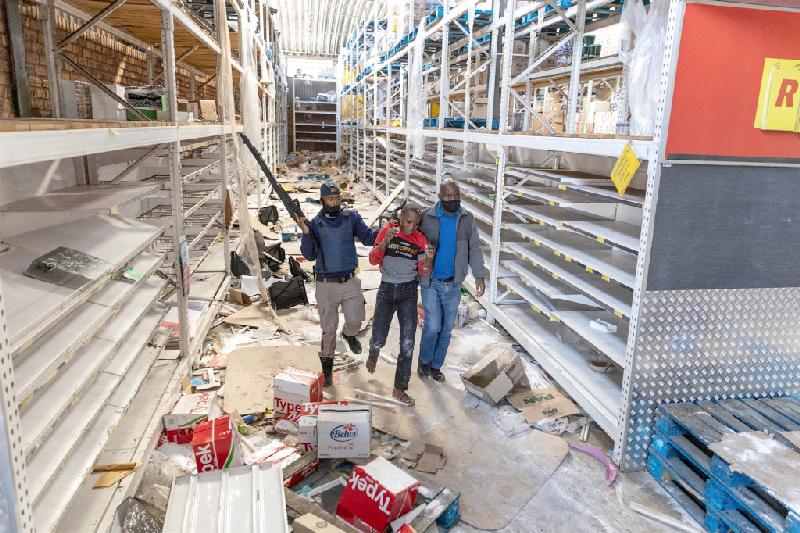 The story also notes that political opponents of Ramaphosa criticized what they called a lack of urgency in the response, and called the unrest a side effect of his efforts to unify factions of the African National Congress by combatting corruption, such as that alleged against Zuma.

“It is a war zone … towns deserted, shops looted, bodies lying on the road,” John Steenhuisen, a leader within the opposition Democratic Alliance, told the Financial Times. “We have an internal ANC battle that has spilled over on to the streets of KwaZulu-Natal … The initiative has been completely lost by the security services. They need urgent reinforcement.”

James Gibbs whats good Bro, i hope all is well with you and your love ones, but you have to remember we do have a prophecy that must come true, even though as black we have the will but there are those who will be targeted by the devil and do evil things, no one is exempt, no one is perfect, just like the bible talks about people killing their own kids and kids killing their own parents, you see it happening in America by whites and blacks, Nation against Nation, you saw that in the 2020 election, its all a taste of what is coming and we know Africa is a continent with many countries being torment by evil, poverty, and greed, take a look at Haiti no one can understand unless they read and understand the Scripture, Haiti is rule by evil and white people, the killings of their own and France, America, Canada and England, but all those countries are also destroying Africa and now the chinese are getting their share while Black people around the world allows it, black is weak when it comes to fight and defend their own, they will give you 100 excuses why they should not fight white people because they are scared, bit what people dont care they kill when ever they want for what they want

its all in Revelations

This is pure propaganda because the South Africans Brothas and Sistas going against the grain of White Supremacy System. Historically, black people thoughtout the world always has a way to sustain them selves. I do not believe the hype. Remember, those Brothas and Sistas has extensive knowledge of farming and producing food. Even us in this country will find a way to eat. Will power will always be our advantage of getting what we need and want. We have the drive and hunger to make it happen.

Hold up people dont be quick to judge, read your bible, they are not the only one, the worse is yet to come, if tye devil was not among them, they would seek other ways, Africa has enough jungles with animals to eat, go hunting

This is nothing new them stupid ass Africans been eating each other they're nothing but animals anyway.