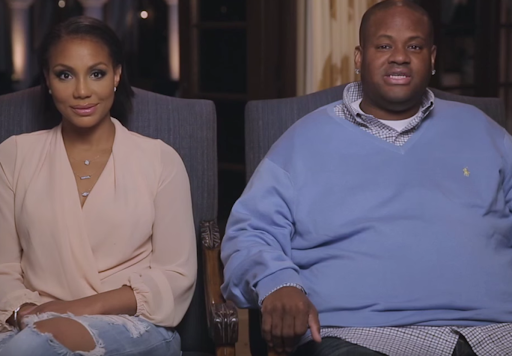 Vince Hebert and Tamar Braxton split up last year, and since the split they both moved on. Tamar moved on with David Adefeso - although their relationship recently ended - and ended badly.

But Vince moved on as well - but his relationship seems to be going a lot more smoothly - at least according to online reports.

According to online reports, Vince started dating a beautiful IG model named Jamie Taylor. Jaimie and Vince have been spotted around Los Angeles together, and many believe that the two are romantically involved.

Both Vince and Jamie have been coy about their alleged relationship however. Neither has pictures of the other on their social media pages.

But yesterday, Jamie posted a very interesting post on her IG page, that has led people to suspect that she and Vince are pregnant. Jaime asked fans if they knew of anything that would help a pregnant woman sleep.

As you can imagine, speculation online flew into overdrive.

Here are some more pictures of the girl: