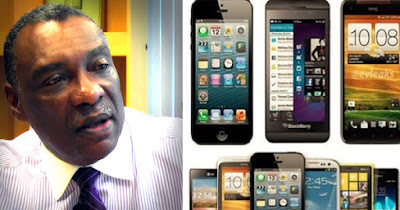 Many people attribute the invention of the smartphone to Europeans, but in fact, the first digital cell phone was invented by an African American man named Jesse Eugene Russell.

Russell was born on April 26, 1948, in Nashville, Tennessee. His family lived in a very poor and socially deprived part of Nashville. Fortunately, he got the opportunity to attend a summer education program at Fisk University and he did exceptional. Then, he moved on to study electrical engineering at Tennesse State University. He graduated with a Bachelor of Science degree in Electrical Engineering (BSEE). In 1973, Russell went further in his academic achievements to obtain a Master's degree in Electrical Engineering (MSEE) from Standford University.

While Russell was working as an engineer at AT&T-Bell Laboratories in 1988, he created the concept for the wireless digital phone and communication. At the time, mobile devices were mainly used in vehicles, so Russell designed a cell phone that could transmit signals between handsets and cell phone towers. Doing so would make mobile phones more handy and also more affordable. In a statement, Russell once said, "Most of the time people are not in their cars. I said, 'Well that seems like an easy problem to solve, right? Why don't we just take the phones out of the car and put them on the people.'"

Comment by vaughn mitchell on August 4, 2020 at 12:59pm
What's crazy, their should be a history book of all black investors, so black kids can know there achievements, and inventions.

This is interesting and legit. I did my research, the company is located in NJ and he is credited as the owner and founder of the company. The only thing I did not see was if the company takes on investors. I wouldn't blame him if the company was kept private though. A lot of times companies go south because of the commitment they have to the investors and profit sharing. Just wondering if we created our own phones would his company be able to launch our products. Would really change a lot.