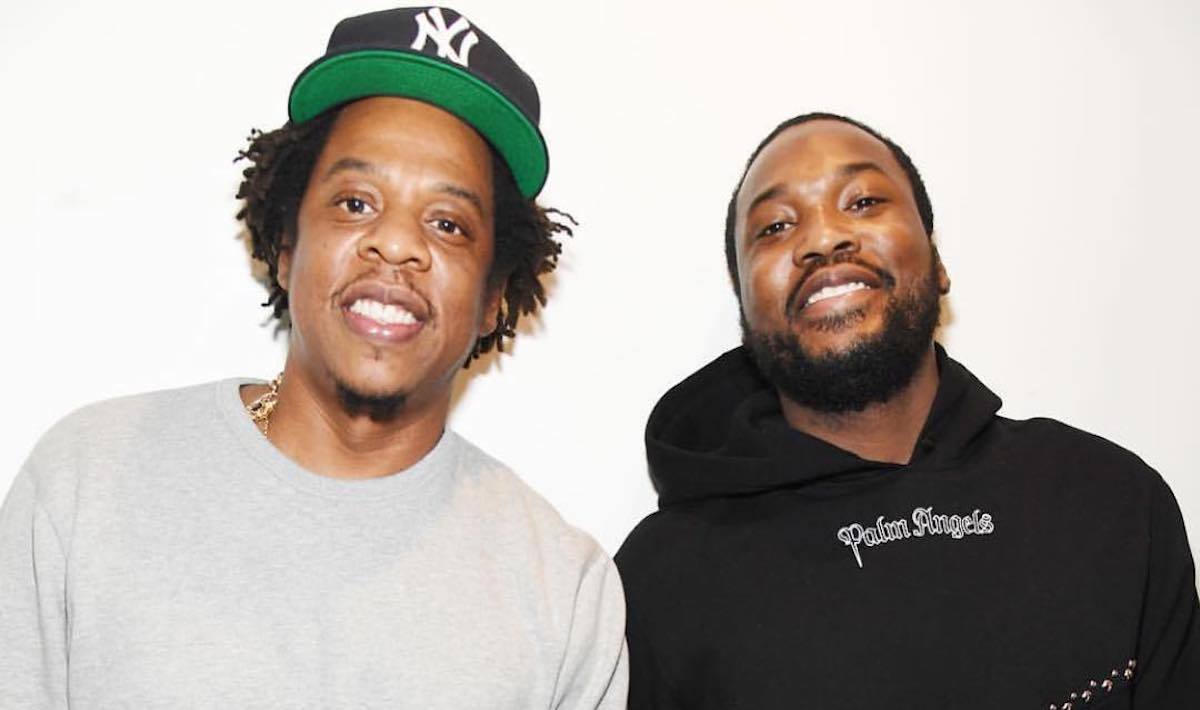 Meek Mill and Travis Scott had a tiff at a fourth of July party in the Hamptons, causing a scene outside of the party venue.

Both Meek Mill and Travis Scott were reportedly loudly arguing at the star-studded event hosted by 76ers co-owner Michael Rubin. Among those in attendance were Jay-Z, Robert Kraft, Alex Rodriguez, and Jon Bon Jovi.
Reports are that both rappers squared up but were quickly parted by other partygoers before they got into a physical fight.

According to Page Six, Meek Mill was heard shouting at the top of his lungs as he got into a rage following the incident. He continued his verbal tirade even after he left the venue.

It’s unclear what caused the confrontation, but there is surveillance footage of the incident as it unfolded. The men are said to have gotten into it around 1:30 am, which led to the fancy all-white party being brought to a premature close.

Reps for both rappers have not commented, but the two rappers are not known to have had any beef in the past.

However, in 2018, Meek Mill, in his usual commentary, gave a sharp criticism of Travis Scott after he joined Maroon 5 on stage at the Super Bowl halftime show. Mill felt that Scott being a black rapper, should not have performed because, at that time, there was ongoing controversy over Colin Kaepernick’s take a knee protest during the national anthem.

“He don’t [sic] need that,” Mill said, referring to Scott’s career “he on fire already!” He added, “Stay strong in this sh*t!”

Despite the earlier comments, Travis Scott never responded or reacted. However, it seems that the face-to-face encounter might have caused emotions to run high, even for Scott, who is not known for having beefs with others.

Meek Mill, however, is a problematic personality and known for beefing with other rappers.

Among those he has had problems with include Tekashi 6ix9ine, with who he had a non-violent confrontation with in the parking lot of an Atlanta nightclub earlier in the year.

He has also had a feud with Drake, but the two eventually got on better terms.

Comment by vaughn mitchell on July 11, 2021 at 9:50pm
Dot invite rappers to a party, they don't know to act. They don't know when to leave the streets behind them, always messing s*** up for everyone. IDGAF, who started. Learn from Jay-Z, and NAS.