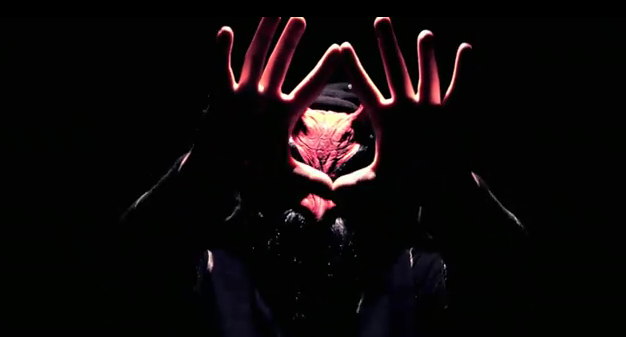 MC Hammer has fired the latest shot in his ongoing feud with Jay-Z.

King Hammer dropped a video titled "Better Run Run" this morning November 1. In it Hov, whom Hammer has given the nickname "devil boy", is seen running from satan, as Hammer raps about him selling his soul.

He suggests Beyonce, fame and wealth were a part of the package, and Jay-Z's signature diamond Roc sign is a salute to the devil.

At the video's end Hammer, now a Christian preacher baptizes Jigga, saving him from a fiery fate.

This beef started when Jay-Z dissed Hammer on Kanye West's "So Appalled" record when he rapped:

"Show me where the boats is, Ferrari Testarossa's/Hammer went broke so you know I'm more focused. I lost 30 mil so I spent another 30/Cause unlike Hammer 30 mil can't hurt me."

Will this be the end of the beef? Or is it just getting started?

Comment by Kim Wilson on November 9, 2010 at 12:21am
@JEC-speaking of new artists, Rick Ross mentioned being like Hammer too, so I'm sure Hammer's laughing at all the hate.Like Frank Sinatra---Hammer did it his way! How many artists benefited from his effort? The question is moot---they all did. Just as Run DMC helped Hammer and Bambotta, Cool Herc, Flash+The Furious Five, college and underground radio and jams in the park sparked the revolutionary culture we know around the world as Hip Hop!

Comment by Jamal Earl Clarke on November 8, 2010 at 11:42pm
You know, I have nothing against new artists coming up. But I have to say that most (not all) new hip hop artists look at people like Hammer as "has beens". That's unfair. If it wasn't for people like Hammer,Gay-Z wouldn't even exist. Say what you want about Hammer. At least with Hammer, clean lyrics, clean edu-tainment, and a lot of soul. Big Up Hammer!!

Comment by Kim Wilson on November 8, 2010 at 3:01am
I guess prepackaging stories of hood riches, Caligula Caesar-type conquests, hating your fellow man and references to Desert Storm style combat weapons are some of the main ingredients for creating a rapper

Comment by Kim Wilson on November 8, 2010 at 2:45am
Oh yes! @ Amy. When the corporations realized that there was gold in commercializing "rap" music, the deluge was on! Hammer took the Fresh Prince/Jazzy Jeff fun music-with the Oak Town touch-and made it mainstream, intended or not. Unfortunately, the advent of Yo that beat is slammin!-types of records followed. Great tracks to make you move, but no lyrical substance. Now, rap music was called "r-a-p music for a reason. But each region of the country had it's own sound and style that worked for them. I just can't take small children and teenage girls reciting lyrics that are too racy for preteens and denegrade teenage girls. Sadly they sing them loud and proud like a badge of honor. How many of them are gonna be rolling with Dip Set? Which one's are getting on a Young Money tour bus? How many more will voluntarily have a menage-a-trois with Rick Ross? How mixed up in the head are these kids? Seriously, folks I'm done!
I like some of today's c-rap music, but be more creative and stop believing that only misogyny sells---although it sells well... Lessen the beat machines, the auto-tune and embrace the essence of The Roots Band, or sample soul classics like they used to.

That's my Daily Rant---just like my daily bread I must give it.

Comment by Jennie Vega on November 8, 2010 at 1:57am
oh wait, my bad, it was the jay z person who had breast and a gut. still song was waaaaack.

Comment by Jennie Vega on November 8, 2010 at 1:56am
first of all,how hammer got breasts & gut first of all. secondly, song is wack. if he is dissing j-z he is barking up the wrong tree. Im not huge into hip hop and i even know jay-z is the king. c'mon son. where is Ed Lover right now.....

Comment by Kim Wilson on November 8, 2010 at 1:47am
@Amy-as I said previously...spitting fire like a dragon/ Nuff respect. W/o Hammer's contributions (and failures) the rap "game" would've "played" many artists that followed and could have blocked many from being millionaire now.DJ Mr Cee payed homage last Friday on Hot 97 during the Throwbacks @ Noon-Strictly 80's Hip Hop. Now who DIDN'T jam to Turn This Mutha Out? Be honest, don't lie and don't hate. I knew it! I was dancing Friday and ain't ashamed to say it lol!

Hammer is not Jay Z, KRS ONE or Tupac, he's Hammer and he has his own page in hip hop. Why hate on a man who's had success and you have not walked in his shoes? Opinions are welcome and honored but hating an artist who changed the game and doesn't vibe with you seems judgmental. Maybe I'm wrong.