Mayor Rahm Emanuel of Chicago fired Superintendent Garry F. McCarthy following days of protests in the city after the police released footage of the shooting of 17-year-old Laquan McDonald.

By MICHAEL LESTER on Publish DateDecember 1, 2015. Watch in Times Video »

CHICAGO — A week ago, Mayor Rahm Emanuel and Police Superintendent Garry F. McCarthy stood together, shoulder to shoulder, as this cityreleased long-sought video of a white police officer shooting a black teenager 16 times along a Chicago street last year. But after nights of demonstration that followed the video’s release and growing calls for changes at the city’s police department and beyond, Mr. Emanuel stood alone at a podium on Tuesday to say that he had dismissed Mr. McCarthy.

It was a sudden shift for Mr. Emanuel, who had brought Mr. McCarthy to Chicago more than four years ago and had expressed confidence in his work as recently as last week. And it highlighted the intensifying public and political pressure Mr. Emanuel faces over the shooting of the teenager, Laquan McDonald, the integrity of the department’s handling of his death, and the city’s resistance to releasing the video. The footage became public last week only after a judge ordered it.


Facing pointed questions on Tuesday about why the city had not released the video early this year, when Mr. Emanuel was in a heated re-election battle, he said, “We have a practice, not unique to Chicago, that you don’t do anything as it relates to material evidence that would hamper, hinder, compromise an investigation.” He added: “Yet it’s clear you all want and the public deserves that information. There are two conflicting principles.” 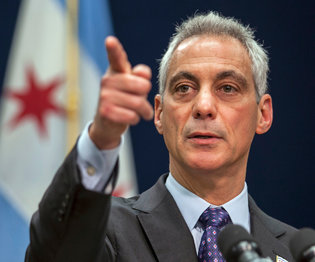 “There are systematic challenges that will require sustained reforms,” Mr. Emanuel told reporters during a tense news conference at City Hall. He said that he had dismissed Mr. McCarthy, 56, Tuesday morning because “at this point and this juncture for the city, given what we’re working on, he has become an issue rather than dealing with the issue, and a distraction.”

“I’m responsible,” he said of the need for change at the police department. “I don’t shirk that responsibility. I have taken certain steps prior to this date. I’m taking steps today. As I told you, this is a work in progress and finding a solution. It’s not the end of the problem.” 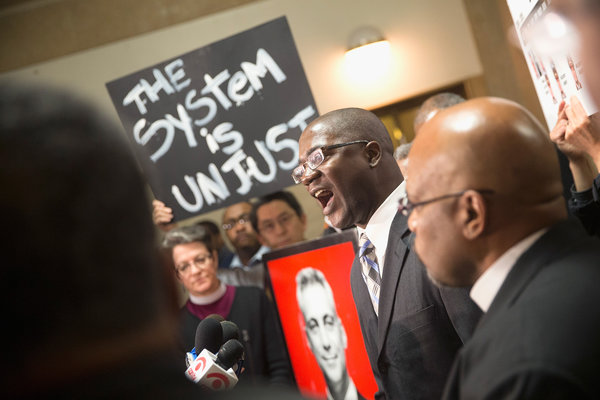 Protesters outside Mayor Rahm Emanuel’s office on Tuesday, after he announced the firing.CreditScott Olson/Getty Images

Mr. Emanuel’s problems with black voters and community leaders predate the shooting of Mr. McDonald. He was forced into a runoff election this year in large part because of anger in mostly black and Latino neighborhoods over the decision by his appointed school board in 2013 to close nearly 50 Chicago public schools. High crime in some of those neighborhoods and longstanding complaints about police brutality also fueled opposition to the mayor. Now, many black residents say they are troubled by the shooting of Mr. McDonald and the treatment of young black people by the police.

Even as Mr. McCarthy’s dismissal was announced, critics of the city’s handling of the McDonald case pushed for more change, and some leaders demanded additional investigations. Lisa Madigan, the state attorney general, called for a Justice Department investigation into the practices of the city’s police department, like one conducted in Ferguson, Mo., after a police shooting there.

Some critics called for the resignation of the local prosecutor for waiting 13 months to charge Officer Jason Van Dyke with murder last week in Mr. McDonald’s death. Others said Mr. Emanuel should step down or at least be subject to an outside investigation for his administration’s handling of the case. 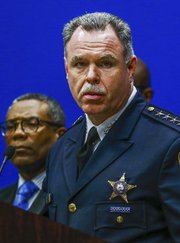 
“The mayor has to hold himself accountable,” Ja’Mal Green, an activist and leader of a community group here, said. “We wanted McCarthy gone, but he’s just the lesser of the devils.” Mr. Green described the superintendent as having to “take the fall” on behalf of a beleaguered mayor.

The Rev. Corey Brooks said some black Chicagoans were concerned about the city’s efforts to keep the video from becoming public as Mr. Emanuel was running for re-election. Mr. Emanuel was re-elected on April 7; the City Council approved a $5 million settlement for the McDonald family on April 15. The settlement included a provision preventing the release of the video until state and federal investigations of the shooting were complete.

The video showed Mr. McDonald, who was walking down a street holding a small folding knife, several feet away from Officer Van Dyke and not moving toward him when the officer opened fire. He appeared to continue shooting after Mr. McDonald was lying on the pavement.


The Videos That Are Putting Race and Policing Into Sharp Relief

A collection of videos that have led to nationwide protests, federal investigations and changes in policy and attitudes on race. 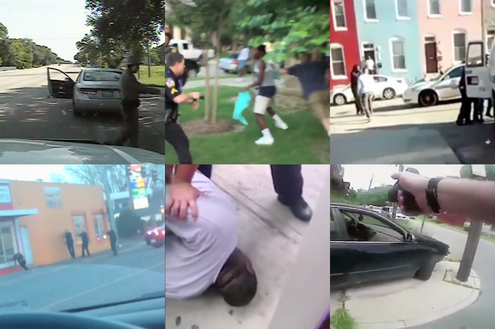 City officials, including Mr. Emanuel, asserted that releasing the video could interfere with those investigations. The city ultimately released it last week after a judge ruled that it had to comply with a public records request and that the investigations did not exempt the city from state public records laws. Officer Van Dyke was charged with murder; he was released Mondayon $1.5 million bond.

“A lot of people in our community feel the timing of it was real suspicious,” Mr. Brooks said. “People are very disgruntled. They are very unhappy with the whole situation, and a lot of people feel that he bears the brunt of the responsibility.”

Mr. Emanuel said a federal investigation into the shooting would also look at the police’s handling of what followed. That inquiry might address issues like missing footage from a nearby restaurant surveillance camera and a lack of audio on the police dashboard camera video that captured Mr. McDonald’s death. Critics of the investigation have said the missing footage and audio indicate a cover-up by the department, though police officials deny that.


In his first term, Mr. Emanuel hired Mr. McCarthy to take over law enforcement in a city plagued by persistent violence. Last year, Chicago reported fewer homicides than it had in decades, but it continues to wrestle with gang and gun violence, particularly on the city’s west and south sides.

Mr. McCarthy spent most of his career in the New York Police Department, rising through the ranks to become deputy commissioner for operations under Mayor Rudolph W. Giuliani. He also oversaw the department’s lauded CompStat program, a crime reduction strategy that has since been imitated in dozens of cities around the country.

After being passed over for the top police job in New York City, Mr. McCarthy became police director in Newark in 2006. He managed a significant reduction in crime after the city had experienced a surge in homicides and other violence. But many residents criticized his four-and-a-half-year tenure. And last year, the Justice Department’s Civil Rights Division found that the Newark police had engaged in a pattern and practice of unconstitutional policing, including when Mr. McCarthy was director.


The investigation found that officers frequently used unreasonable force and violated people’s rights but were rarely disciplined, and that some officers had stolen from people they arrested. The city and the Justice Department are expected to sign a consent decree outlining changes, including the appointment of a federal monitor for the police.

The Chicago Police Department has been accused of some of the same shortcomings, including almost never punishing officers for citizen complaints.

“This is just the beginning,” the Rev. Jesse Jackson said of Mr. McCarthy’s departure. “More needs to be done. Confidence in the police is at an all-time low.”

Because of an editing error, an earlier version of this article misstated the content of video released by the police department. While the department released a dashcam video of the shooting, it did not release one of officers destroying surveillance video. (That claim is under investigation.)