'Maxine Waters may have handed defense grounds for appeal and the turning over of this trial': Derek Chauvin trial judge blasts 'abhorrent' Democrat for calling for riots if no conviction 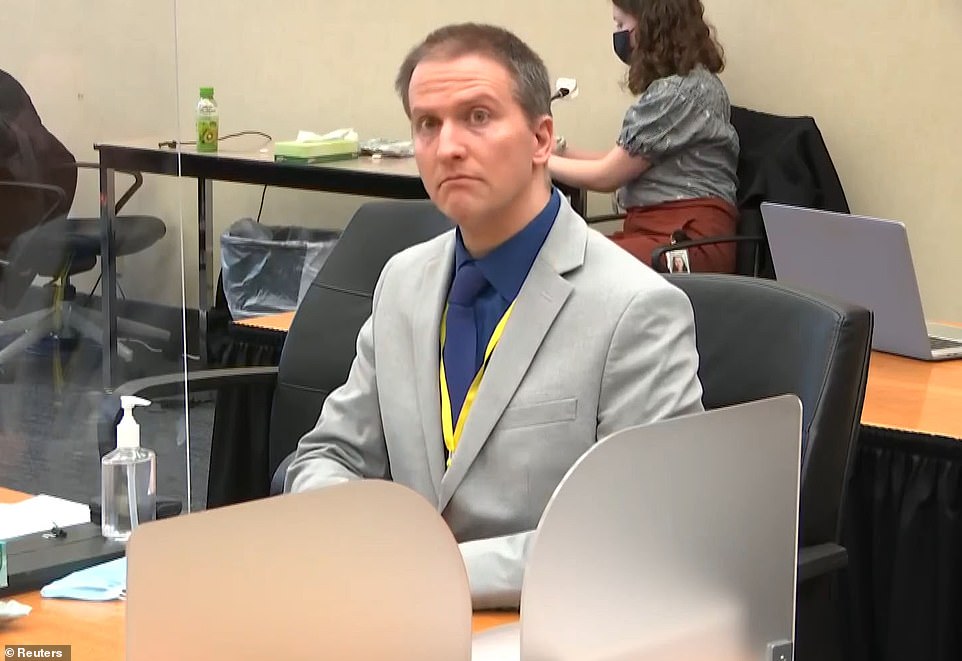 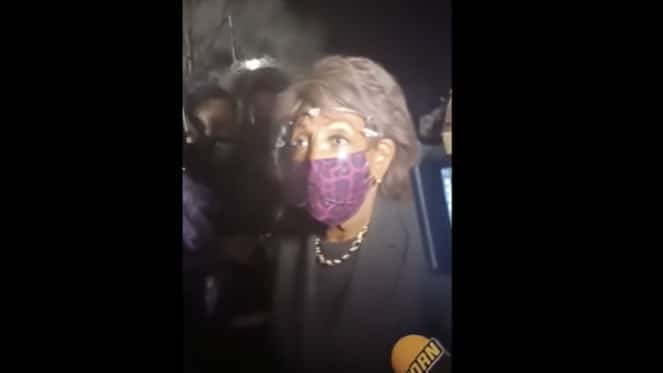 Maxine Waters speaks to reporters at a protest in Brooklyn Center, Minn. on Saturday, Apr. 17, 2021

Greene made the announcement Sunday after hearing the California congresswoman speak to protesters at a demonstration in Brooklyn Center, Minn., on Saturday. Protests broke out in the city last week after police fatally shot 20-year-old Daunte Wright during a traffic stop on April 11.

Greene’s statement on Sunday said she will “be introducing a resolution to expel Rep. Maxine Waters from Congress for her continual incitement of violence.”

Meanwhile, Greene was forced to abandon her attempt to launch a group called the America First Caucus after facing wide-ranging public condemnation over racism in the group’s prospective tenets, including from lawmakers in her own party. Among planning document associated with the group expressed support for what it called a “common respect for uniquely Anglo-Saxon political traditions,” and the same material also included a claim that “mass immigration” threatens “the long-term existential future of America as a unique country with a unique culture and a unique identity.”

Comment by mr1stroke on April 23, 2021 at 12:21am
Bombahdrop the black community are the one selling their selves to the devil, they keep voting and be loyal to democrats, they give power to the greedy negros so call leaders to speak and act on their behalf, but that same community forgot not too long ago in the 60s white cops used to kidnapped a black man in form of arrest, go to a near by wooded area tell him he can go free as soon as the black man walked away shot him in the back and said he was trying to run away, or a white citizen would accused a black man of wrong doing they would hang that black man and the law would turned the other way, so what is the difference between then and now, its modern day lynching, they are doing the same thing under the law.

Those white cops legally hold a badge and a gun with laws that say its ok to kill black people, that same law protect them and says they cannot be convicted or hold accountable, the niggers are loyal to those same laws and their government, that is why they are so afraid to boycott instead they beg, cry and rely on white people like Pelosi to take care of them like a baby, let it be a summer of Sam where cops start killing white people and see how quick those laws would change and cops would start being sued and get arrested

@mr1stroke Thanks for the support, I am on your side as well with your comment. Im just tired of what witnessing what is happening to our world and to people. Our leaders have forsaken us and are seriously oppressing we the people and im tired of it. Im not taking no dam mark of the the beast either.

Comment by mr1stroke on April 20, 2021 at 1:09pm
Bombahdrop lol i am on your side but becareful, there are what they call niggers who so love their masters, those who waits for the white democrats like Nancy Pelosi to tell them what to do and who to like, they will hate you, those are the same niggers who never stood up to those negros in government and ask them what have they done for black people, if they are in government why are black people marching and begging, what laws have they write for black people for the issues that they are suffering to, if negros like Maxine waters had any authority to make up or change laws do you think we would have a case like George Floyd today, Its a may be but the Jewish and white sure are not going through it, why is that? The answer is sample all the laws in place have been written white people to protect white people and whom ever they like, but which one of those niggers who be on here making noise about how black they are but cant contribute nothing, niggers are a cursed to black people

Treat that ass like she did Trump. What goes around comes back around. she was down with taking down Trump exactly what she is doing but nothing happens to a demonRat when they do what they hung the next person for. Like Wtf man. She is doing what that dude elijah cummming did stirring up as much hate as she can before she kicks the bucket with her miserable manly lookin ass self..

I didn’t read her comments that way at all.  She didn’t mention “violence”.  The powers that be are looking for anything to turn the verdict in their favor and you all are buying into wholeheartedly as usual.

It's amazing how Maxine Waters is inciting people to go out and riot.  With this, people gonna get hurt possibly killed and what's most important, she won't be there.  Here we go again, with the Democrats and their bull crap.

Comment by mr1stroke on April 19, 2021 at 8:49pm
There are those who never question the position on those negros, they vote as fans, they listen to them.because they dont know any better, Maxine Waters ans the rest of those silly negros are a bunch of coons.

Hew long has she been in Congress, what is her role, she is a law maker like those other whites congress people, what bill has she passed, why didnt she passed a bill to save people like George Floyd, dont she knows the law, wait how is she a law maker but did not know her action violates the law, this whole s*** is a set up, your own kind will sell you out, now every one always say those cops dont get convicted because there are never any black jurors in the jury, this time its 50/50 there are enough black jurors to convict that blood sucker, so let see what will happen, if one person vote against him he cannot be a free man, so let see what power the negros hold, this is moment of truth of those who keeps blaming white people, let see how tired you are, what will be the excuse this time?