Marijuana is still illegal in New York. The surest way to get arrested for possessing it? Be black or Hispanic. 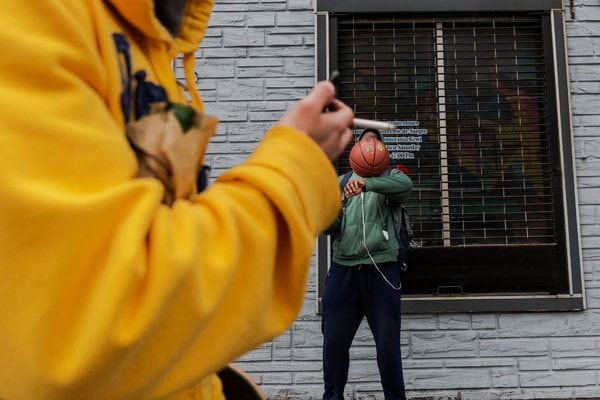 Surest Way to Face Marijuana Charges in New York: Be Black or Hispanic

The police explanation that more black and Hispanic people are arrested on marijuana charges because complaints are high in their neighborhoods doesn’t hold up to scrutiny.

They sit in courtroom pews, almost all of them young black men, waiting their turn before a New York City judge to face a charge that no longer exists in some states: possessing marijuana. They tell of smoking in a housing project hallway, or of being in a car with a friend who was smoking, or of lighting up a Black & Mild cigar the police mistake for a blunt.

With crime dropping and the Police Department under pressure to justify the number of low-level arrests it makes, a senior police official recently testified to lawmakers that there was a simple reason for the racial imbalance: More residents in predominately black and Hispanic neighborhoods were calling to complain about marijuana.

An analysis by The Times found that fact did not fully explain the racial disparity. Instead, among neighborhoods where people called about marijuana at the same rate, the police almost always made arrests at a higher rate in the area with more black residents, The Times found. 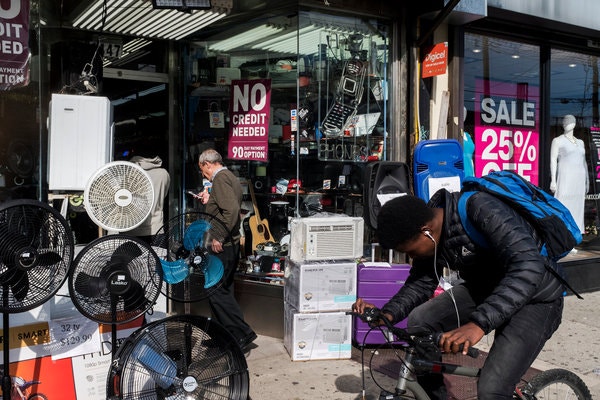 Canarsie’s Rockaway Parkway bustled with activity last month. There are four times as many arrests for marijuana in the precinct that includes Canarsie, which is 85 percent black, compared to Greenpoint, which is largely white, even though residents call 311 and 911 to complain about marijuana at about the same rate, an analysis by The New York Times found.

The Times’s analysis, combined with interviews with defendants facing marijuana charges, lawyers and police officers, paints a picture of uneven enforcement. In some neighborhoods, officers expected by their commanders to be assertive on the streets seize on the smell of marijuana and stop people who are smoking. In others, people smoke in public without fear of an officer passing by or stopping them. 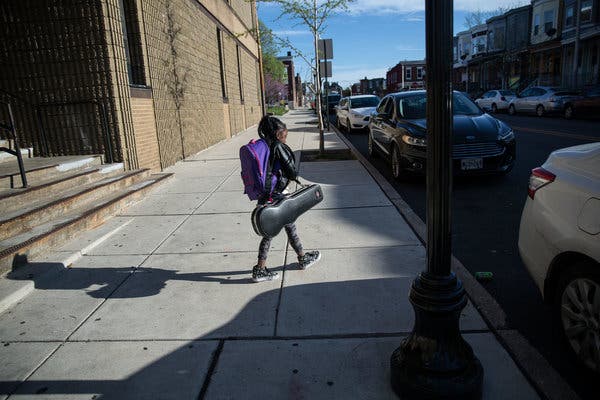 BLACK NEIGHBORHOODS OFTEN CONTEND WITH MORE VIOLENT CRIME, AND THE POLICE OFTEN DEPLOY EXTRA OFFICERS THERE, WHICH CAN LEAD TO RESIDENTS BEING EXPOSED MORE TO THE POLICE.

But more officers are historically assigned to black neighborhoods than would be expected based on crime rates, according to a study by Professor Fagan. And research has found “there is no good evidence” that marijuana arrests in New York City are associated with reductions in serious crime.

Officers who catch someone smoking marijuana are legally able to stop and search that person and check for open warrants. Some defense lawyers and criminologists say those searches and warrant checks are the real impetus for enforcing marijuana laws more heavily in some neighborhoods.

The analysis by The Times shows that at least some quality-of-life arrests have more to do with the Police Department’s strategies than with residents who call for help, undermining one of the arguments the police have used to defend mass enforcement of minor offenses in an era of declining serious crime.

The analysis examined how marijuana arrests were related to the marijuana-complaint rate, race, violent-crime levels, the poverty rate and homeownership data in each precinct. It also considered the borough where an arrest took place to account for different policing practices across the city. The arrests represent cases in which the most serious charge against someone was low-level marijuana possession.

Government surveys have shown that black and white people use marijuana at roughly the same rate. Marijuana smoke wafts down streets all over the city, from the brownstones in upper-middle-class areas of Manhattan to apartment buildings in working-class neighborhoods in other boroughs.

Mayor Bill de Blasio said in late 2014 that the police would largely give summonses instead of making arrests f..., and reserve arrests mainly for smoking in public. Since then, the police have arrested 17,500 people for marijuana possession on average a year, down from about 26,000 people in 2014, and issued thousands of additional summonses. Overall, arrests have dropped sharply from their recent peak of more than 50,000 during some years under Mayor Michael R. Bloomberg.

About 87 percent of those arrested in recent years have been black or Hispanic, a proportion that has remained roughly the same for decades, according to research led by Harry G. Levine, a sociology professor at Queens College. 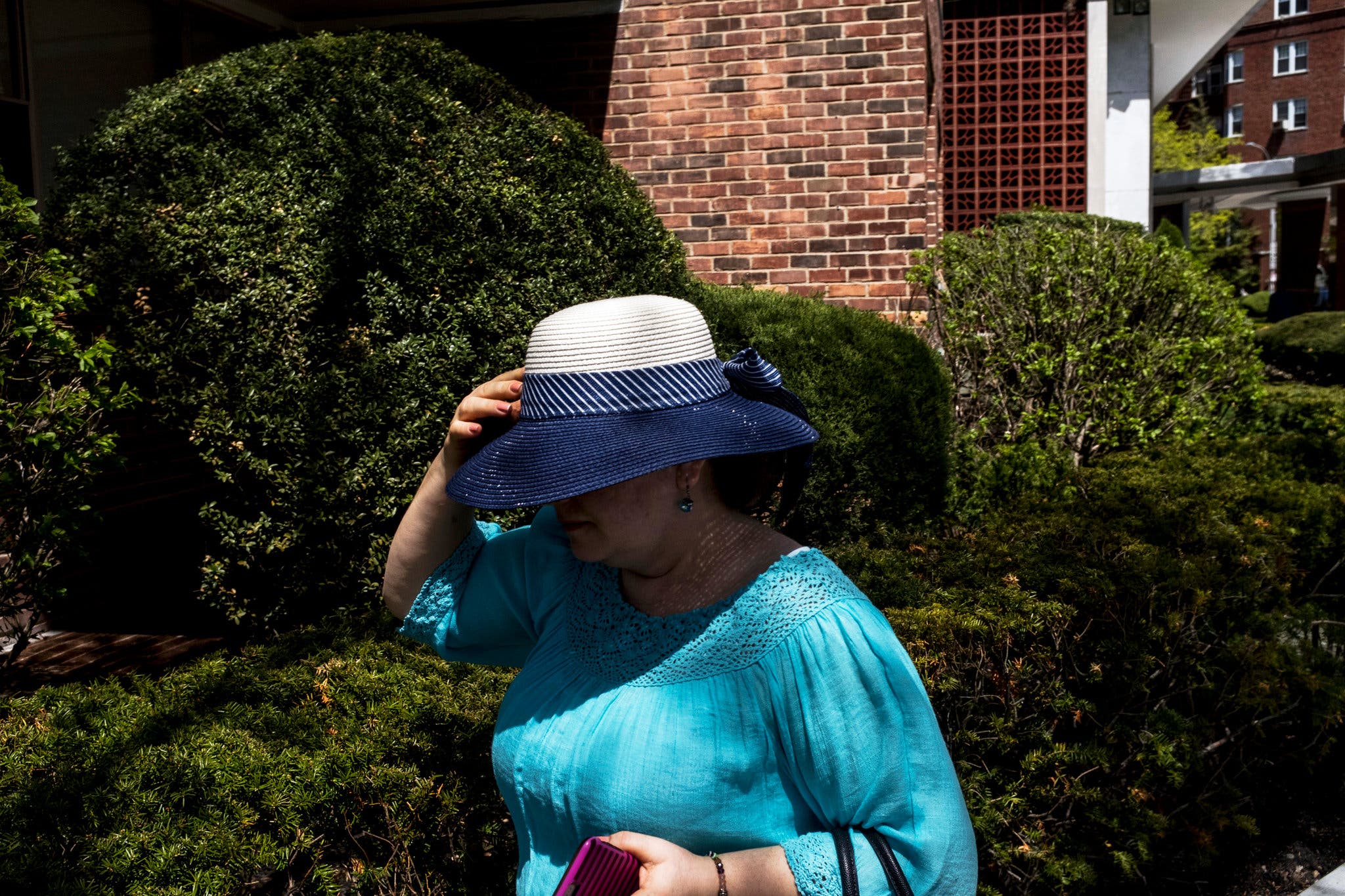 A woman in the Forest Hills neighborhood of Queens, where the marijuana arrest rate in the precinct is far lower than it is in the precinct covering Queens Village, even though the number of 911 and 311 complaints about marijuana are about the same in each precinct.

Responding to The Times’s analysis, the Police Department said pockets of violent crime — and the heavier deployments that result — push up marijuana arrests in some neighborhoods. J. Peter Donald, an assistant commissioner in the department’s public information office, also said more people smoke in public in some neighborhoods than others, driving up arrests. He said 911 and 311 complaints about marijuana had increased in recent years.

“N.Y.P.D. police officers enforce the law fairly and evenly, not only where and when they observe infractions but also in response to complaints from 911 and 311 calls, tenant associations, community councils and build-the-block meetings,” Mr. Donald said in a statement.

Appearing before the City Council in February, Chief Dermot F. Shea said, “The remaining arrests that we make now are overlaid exactly in the parts of the city where we are receiving complaints from the public.” He asked, “What would you have the police do when people are calling?”

Police data do show that neighborhoods with many black and Hispanic residents tend to generate more 311 and 911 complaints about marijuana. Criminal justice reform advocates said that is not because more people are smoking marijuana in those areas. Rather, people in poor neighborhoods call the police because they are less likely to have a responsive landlord, building superintendent or co-op board member who can field their complaints.

Rory Lancman, a City Council member from Queens who pressed police officials for the marijuana data at the February hearing, said with the police still arresting thousands of people for smoking amid a widespread push for reform, the police “blame it on the communities themselves because they’re the ones calling on us.” 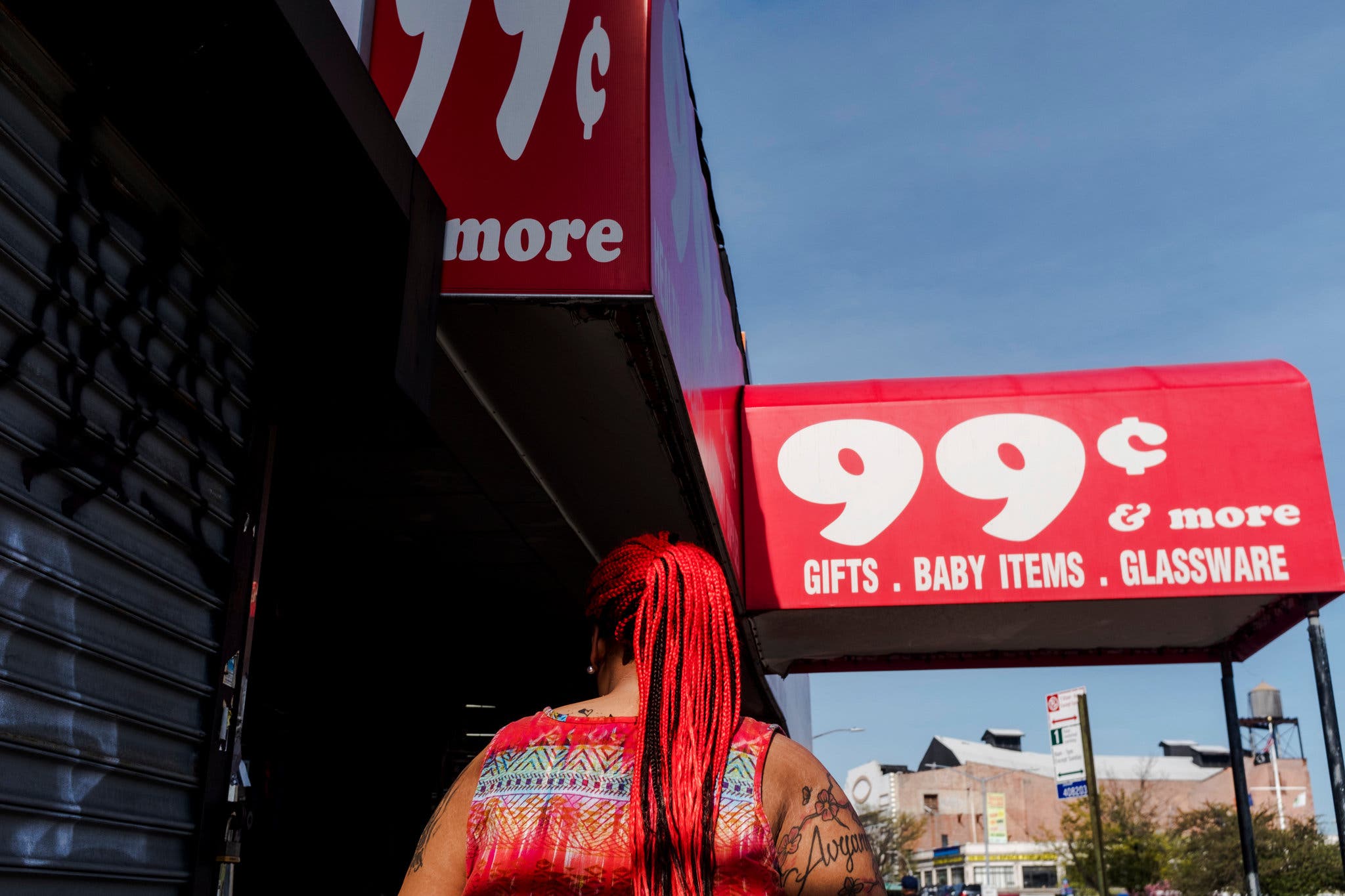 A pedestrian on Jamaica Avenue in Queens Village, where the marijuana arrest rate is more than 10 times as high as it is in Forest Hills.

The city’s 77 precincts, led by commanders with their own enforcement priorities, show erratic arrest patterns. In Sunset Park, Brooklyn, for example, the police made more than twice as many marijuana arrests last year as in 2016, despite receiving roughly the same number of annual complaints. And in a precinct covering a section of northwestern Harlem, arrests dropped to 90 last year from almost 700 a year earlier, even though complaints fell only slightly from one year to the next.

The question of how to address those disparities has divided Democratic politicians in New York. Cynthia Nixon, who is campaigning for the Democratic nomination for governor against Gov. Andrew M. Cuomo, has vowed to legalize marijuana and clear people’s arrest records. Mr. de Blasio and Mr. Cuomo have been reluctant to support the same measures.

In Criminal Court in Brooklyn on a recent Monday, the people waiting in the crowded pews to be arraigned on marijuana charges were almost all black men. In interviews, some declined to give their full names for fear of compounding the consequences of their arrests.

They had missed work or school, sometimes losing hundreds of dollars in wages, to show up in court — often twice, because paperwork was not ready the first time. Their cases were all dismissed so long as they stayed out of trouble for a stretch, an indication of what Scott Hechinger, a senior staff lawyer and director of policy at Brooklyn Defender Services, said was the low value the court system places on such cases.

Eli, 18, said he had been smoking in a housing project hallway because his parents preferred him to keep it out of the apartment. Greg, 39, said he had not even been smoking himself, but was sitting in his car next to his wife, who he said smokes marijuana to relieve the symptoms of multiple sclerosis.

“They do it because that’s the easiest way to arrest you,” Greg said.

Rashawn Nicol, 27, said officers found his female friend holding a lit blunt on a third-floor stairwell landing in a Brooklyn housing project. They backed off arresting her once she started crying, he said, but said they needed to bring their supervisor an arrest because he had radioed over a noise complaint. “Somebody’s got to go down for this,” Mr. Nicol said an officer told him. So they let her go, but arrested him.

Several people asked why the police hound residents for small-time infractions like marijuana in more violent neighborhoods, but are slow to follow up about serious crimes. “The resources they waste for this are ridiculous,” Mr. Nicol said.

Peonage: Slavery in the 20th Century #BlackLoveMatters from Black Love Matters on Vimeo.