Many police departments spy on you without oversight. This must end 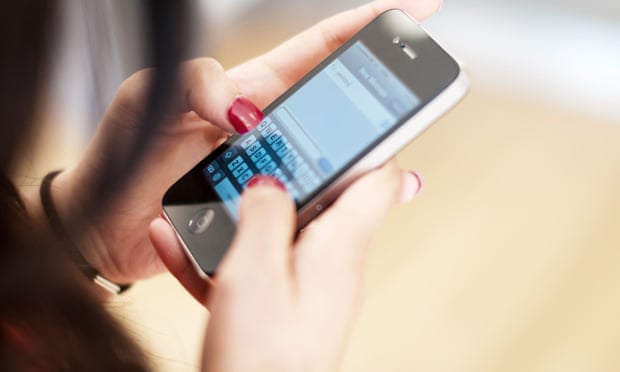 Police could be vacuuming up telecommunications in a neighborhood near you. Photograph: RayArt Graphics / Alamy/Alamy

Local police around the country are increasingly using high-tech mass surveillance gear that can vacuum up private information on entire neighborhoods of innocent citizens - all to capture minor alleged criminals. Even worse, many cops are trying to put themselves outside the reach of the law by purposefully hiding their spying from courts to avoid any scrutiny from judges.

Two important news reports from the last week have shed light on the disturbing practices, and new technology that’s never been previously reported. The first investigation, done by USA Today’s Brad Heath, found: “In one case after another … police in Baltimore and other cities used the phone tracker, commonly known as a stingray, to locate the perpetrators of routine street crimes and frequently concealed that fact from the suspects, their lawyers and even judges.”


The Counted: people killed by police in the United States in 2015 – interactive

The Guardian is counting the people killed by US law enforcement agencies this year. Read their stories and contribute to our ongoing, crowdsourced project
Read more

Stingrays facilitate a particular controversial and invasive form of surveillance, where the police essentially own a roving, fake cell phone tower that force all the cell phones in its vicinity to connect to it. They then vacuum up the cell phone data of their suspect, as well as that of potentially hundreds of innocent citizens. Police departments have previously claimed they would only use it in “emergencies,” but as predicted by nearly everyone, those vows have almost immediately went out the window once they got their hands on the technology.

Stingrays are so controversial that some state legislatures have already passed laws restricting their use – which is exactly why police want to keep it secret. Police and the FBI have claimed extreme secrecy is needed to prevent alleged criminals from finding out about how they use the devices, but they are so well-known at this point that they’ve been featured in virtually every major newspaper in the country. The real reason they want to keep them secret is to protect them from judges ruling their use illegal, as well as from state legislatures cracking down on them.

Stingrays are expensive, costing police departments hundreds of thousands of dollars (when they don’t get a grant from the federal government to get them for free). But the ability to secretly track untold numbers of cell phones is getting much cheaper still, as a second-generation of products is now coming to the market.

The Wall Street Journal also reported last week about newer devices costing as little as a few hundred dollars with ominous sounding names like the “Jugular” and “Wolfhound.” While, thanks to all the restrictive secrecy around them, it’s still unclear exactly how they work, we do know that they use radio waves to find cell phones and that the police supposedly don’t think they require a court order at all to use against potential suspects. They’re also smaller than Stingrays, which fit into the back of a van. These devices are handheld or can be attached to clothing.

“We can’t disclose any legal requirements associated with the use of this equipment,” a spokeswoman for the Baltimore County Police told the Wall Street Journal. “Doing so may disclose how we use it, which, in turn, interferes with its public-safety purpose.”

This is not only potentially illegal - defendants have the Sixth Amendment right to know how evidence was gathered against them - but keeping the legal rationale for surveillance hidden is also an absurd concept. It’s like saying the fact that a warrant is required for the police to wiretap your phone should be a state secret, and the Fourth Amendment - instead of being enshrined in the Constitution - should be redacted from public view.

Not only are these cops violating the constitutional rights of defendants by spying on them without court orders, but, in some cases, they’re also allegedly dismissing felony cases involving potentially dangerous criminals, so they can prevent judges from ruling on whether their surveillance tactics are legal. The USA Today reported that the Baltimore police quickly dropped a kidnapping charge without explanation when their tactics might have been revealed.

Think about that for a moment: rather than be upfront about their surveillance methods to prosecutors, defendants and judges - like is required by law - they are purposefully letting serious alleged criminals go free, all to continue their blanket surveillance practices with minimal scrutiny.

All of this is especially disturbing considering the recent reports - confirmed by the government’s own documents - that both the Department of Homeland Security and local police departments are closely monitoring peaceful activists in the #BlackLivesMatter movement, in some cases with police counterterrorism officers. If local police departments are willing to use these powerful devices on minor criminals, in many cases without court orders, and have no problem hiding their practices from judges, what’s the prevent them from spying on citizens merely expressing their First Amendment rights? The answer seems to be nothing, and that is exactly why this reckless snooping must end.