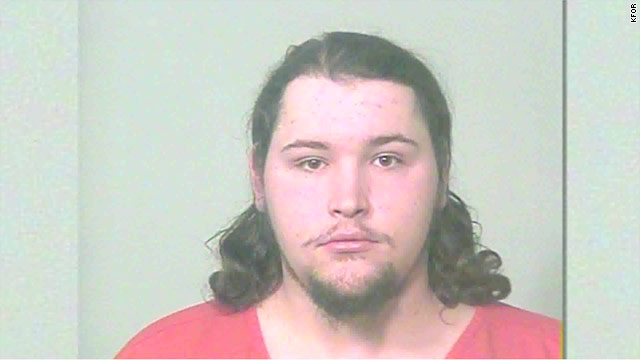 (CNN) -- Arthur Sedille was up-front with police: He would often put a gun to his wife's head during fantasy sex play at their Oklahoma City, Oklahoma, home.

But Sedille said he didn't know the gun was loaded when he pressed it to his wife's head and pulled the handgun's slide back during sex on the night of December 21.

Now Sedille, 23, is facing the possibility of a murder charge in Canadian County, Oklahoma, in the death of his wife, 50-year-old Rebecca Sedille
-- who died when the handgun went off in their bedroom.

According to a probable cause affidavit filed by Oklahoma City police, Sedille said the shooting was accidental. He called 911 afterward, according to
police.

Investigators decided to arrest and jail Sedille on suspicion of first-degree murder out of an abundance of caution, said Oklahoma City police Master Sgt. Gary Knight. However, as of Tuesday
afternoon, formal charges had not been filed in the investigation, which
is ongoing, Knight said.

He declined to comment on investigators' findings so far.

Although a Canadian County judge found that probable cause exists to hold Sedille on the murder charge, assistant district attorney Paul Hesse
said Tuesday he has yet to receive a report from police on the case. As a
result, formal charges have not yet been filed, Hesse said.

Sedille remained jailed Tuesday in Oklahoma County, Oklahoma. Police in Oklahoma City -- which spans five counties and 700 square miles -- book
all of their prisoners into that county's jail, Knight said.

Comment by mary on January 21, 2011 at 1:21pm
THIS IS INSANITY WHY WOULD YOU PLAY WITH A REAL GUN DURING FANTASY SEX ? HE HAD TO BE ON SOMETHING . PEOPLE JUST INVENT ALL KINDS OF CRAZY THINGS THESE DAYS. I DONT THINK HE SHOULD BE CHARGED TOO MUCH TIME IF IT WAS AN ACCIDENT BUT DEFINETLY NEEDS TO DO TIME FOR STUPIDITY AND THEN DID THEY SAY SHE DIED ? HE HAD TO BE HIGH ON SOMETHING.... AT LEAST PUT THE SAFTEY LOCK ON .........

Comment by Bombahdrop on January 21, 2011 at 11:04am
Why would u be playing with a gun to begin with! O my lawd what is wrong with grown people.

Comment by Kiana on January 3, 2011 at 8:37am
@ Kim Wilson - Kool Aid? JJ had hundreads of black folk drinking it to their demises...i think you are right about that current mixture...no bueno

Comment by Kim Wilson on January 1, 2011 at 3:14pm
This story is tragic in so many ways and just reflects the irrationality of some people's thinking...in WHAT WAY is this Star 80-like, irresponsible "act" sexy?? Role play or gun play? I guess the thrill was gone...I'm not knocking their muscle-hustle, but a cold steel killing machine pressed against a hot & bothered mountain lioness's forehead while her young lion cub-scout tries to multi-task is sexy?? Talk about being half-cocked? Who was responsible for checking to see if the gun was loaded...unless she was($)? Hmmmmm, man I have to quit on this...too much to....I'm done....what muppets, must have had hands up their wazzu controlling their brain...as I said before, mixing sex and violence... Is this the new kool-aid being drank and Jim Jones ain't even servin' it?!?!

Comment by DIAMOND on December 31, 2010 at 3:09am
This when older women playing with little boys what on earth she playing with her son age this is a kid can not think stright unles she is paying the bills.having fantasy sex is excitement fun and pleasure not to put a gun on her head.this kid need help.