Man is arrested after police find 190 gold bars worth 4.6Million hidden under the seats on private plane 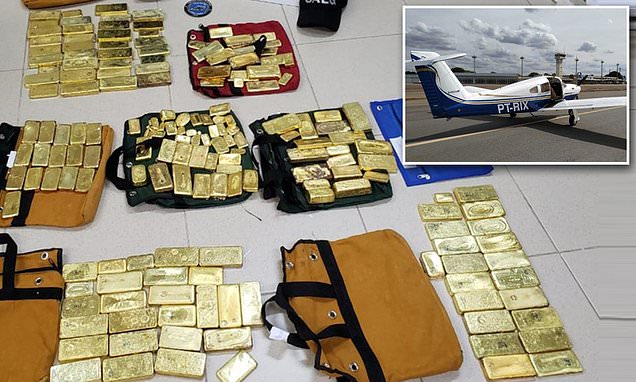 A man was arrested after landing at a Brazilian airport with more than 200 pounds of illegal gold bars worth $4.6million.

Law enforcement officers acting on an anonymous tip-off intercepted the single-engine plane as it landed at Santa Genoveva Airport in the state of Goias.

Federal and military police agents searched the aircraft and discovered around 190 gold bars of various sizes hidden under the plane's seats. 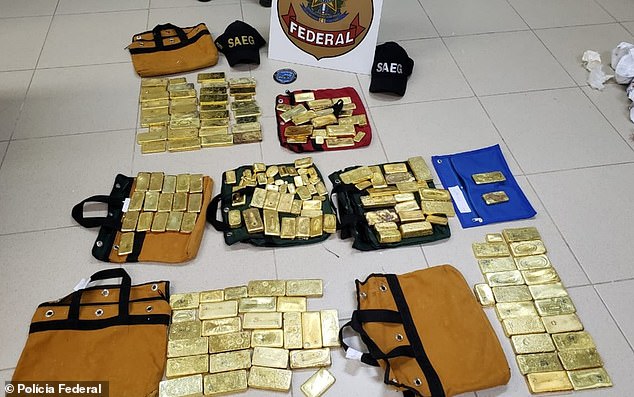 Brazilian authorities seized about $4.6 million worth of gold from the plane 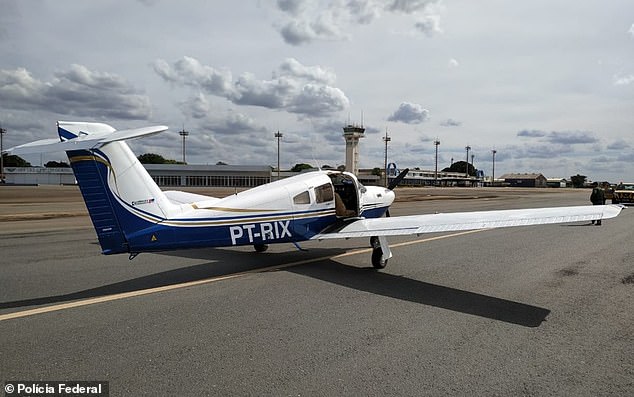 The small aircraft, pictured, was intercepted by the Brazilian military and federal police Monday night. 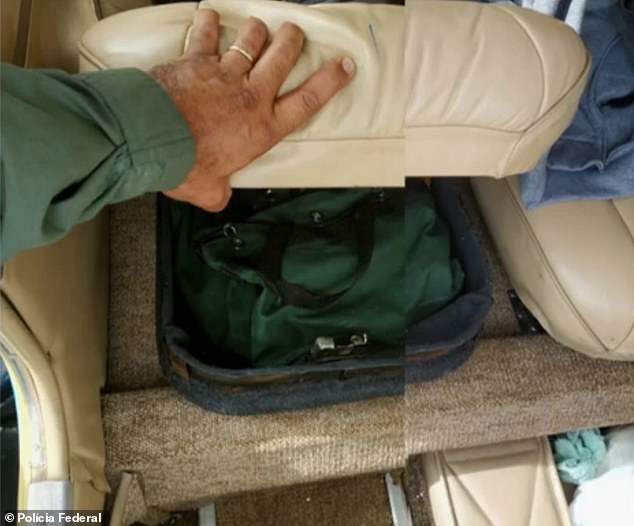 The gold was found hidden under seat cushions on the plane

The plane's passenger was charged with committing an environmental crime and theft.

The environmental charges suggest that the gold was acquired through illegal mines.

Authorities released the plane's pilot and did not charge him with a crime.

However, the aircraft was seized as agents try to track down its owner.

Illegal gold mining is becoming an increasing problem in Brazil.

The country saw record amounts of deforestation between August 2017 and July 2018 as illegal miners rushed to the Amazon jungle looking for a quick payday.

Brazilian authorities have focused on cracking down on small-scale mining as criminal groups seek to financially back their activities through the black market sale of gold.

Comment by mr1stroke on June 13, 2019 at 3:46pm
Who ever did the deal snitched on him, or one of the people around him, you can't trust no mufucker today they are all b******, do it yout self or once they snitch put a hit on each one of them

Comment by vaughn mitchell on June 12, 2019 at 7:07pm
Idiot, should have change the flight plans. Dammmmmn.