What started out as a family argument ended in the death of a Moore, Oklahoma man, who was being placed under arrest by police at the time.

Luis Rodriguez and his wife of 22 years, Nair, took their family to Warren Theater on February 15. Nair got into an argument with her 19-year old daughter and slapped her.

Police were called to the scene by a theater patron. They claim Luis was uncooperative and aggressive when they tried to question him.

“He basically would not provide any identifying information, was trying to leave,” saidChief Jerry Stillings told KFOR. “Eventually, when told he could not leave, he took an aggressive stance, clenching his fists. Officers felt threatened at that point.”

Officers attempted to arrest the 44-year old man, but were shrugged off with one arm, according to Billings. A total of five cops eventually took Luis to the ground, pepper sprayed him and placed 2 pairs of handcuffs on his wrists. Nair took out her cell phone and started filming the incident.

About 5 seconds into the video, Luis sounds like he says "I can't breathe," as he's being held face down on the concrete by the officers.

Nair repeatedly asks him if he is OK, but Luis doesn't respond. She eventually starts to accuse the cops of beating her husband prior to her filming.

"That man doesn't look for trouble at all," she says. "You all, five men, hitting that guy just because our daughter made bad decisions."

By the time police sit Luis up he looks unconscious. An ambulance does arrive at the scene, however it was too late for Luis. He died that night. 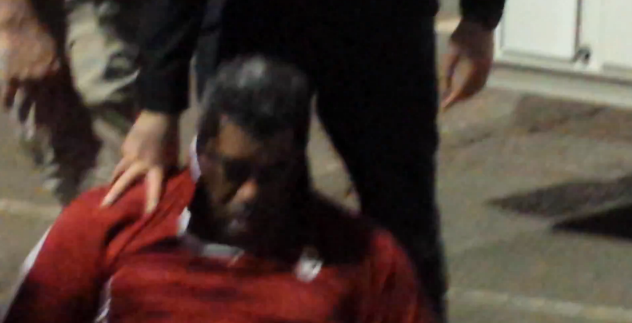 Nair's cell phone with the arrest footage was taken by police. When it was given back, she and her lawyer decided to release it on Tuesday (February 25).

"Luis committed no crime. He wasn't armed. No gun. No knife. No weapon of any kind," Attorney Michael Brooks-Jimenez told reporters Tuesday. "But Luis is the one who lost his life that night."

An autopsy is being performed to determine Luis' exact cause of death.

The Oklahoma State of Investigation has taken over the investigation. Three of the officers involved in the incident have been placed on administrative leave, pending the outcome of the OSA's findings.

The Rodriguez family is still not satisfied and want to make sure Luis did not die in vain.

“My husband died in a very vicious way,” Nair told KCOR. “This cannot be in vain and will not. We’re going to fight. We are more afraid and scared of the police than we are of the criminal because at least with the criminal, we have a chance to prove they were after us. With police, they have the authority and power. They are the Goliath of the system but we are the David. But David at the end, defeat with one stone.“[Officers] beat my husband on the face repeatedly when his body was moveless. He was a man of God. A man that could fight for his life, but decided not to." 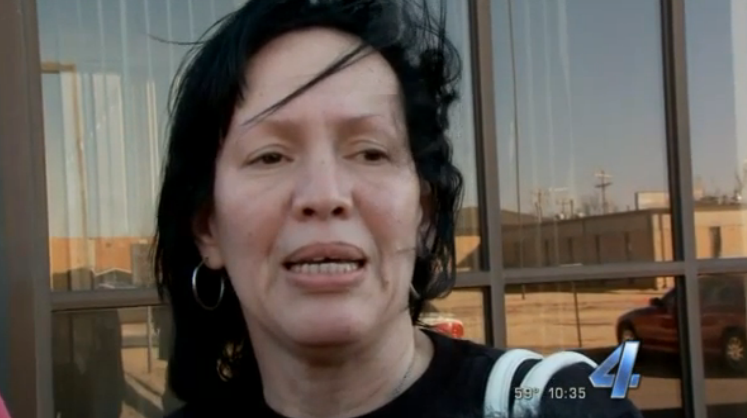 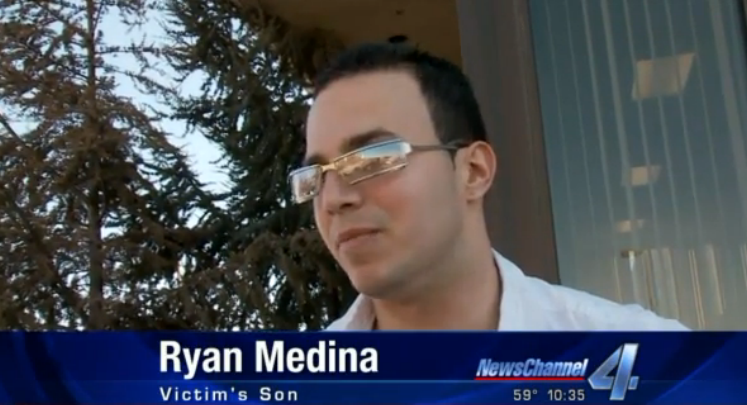 It's uncalled for. It never should have happened. No matter what they say. It doesn't excuse them to do what they did," Ryan said.

The victim had no prior arrests.

Raw video of Oklahoma man's arrest before he died in custody

Comment by Richie Weston on March 3, 2014 at 11:55am
That's a probe restraint and should not be used for more that a minute till cuffed. People die in those restraint all the time and they ate not allowed anymore. After someone is cuffed you need to sit them up. That's the way any one who restrains is supposed to do it. They were all wrong

So whats gonna happen??? we comment here and then wait for the next victim and so on and so forth. Nothing will b done and this will happen again ...soon.

YOUR ABSOLUTELY RIGHT BUT THERE IS A HIGHER MAN THAT THESE MEN WILL HAVE TO FACE. THAT'S GOING TO BE GOD AND THE IMAGE OF THIS MAN'S FACE TURNING BLUE. THEY KNEW THEY KILLED THIS MAN THAT'S WHY THEY WERE BUSY COVERING THIS MAN WITH THERE OWN BODIES. EVERY DOG HAS IT'S DAY AND WHAT COMES AROUND GOES AROUND. PS. THEY ARE SUPPOSE TO PROTECT AND SERVE. NOT TO KILL AND SERVE. THE MAJORITY OF THESE COPS ARE BULLIES. JUST BECAUSE THEY HAVE A BADGE THEY THINK THEY CAN BULLY PEOPLE. THEY WILL HEAR THE VOICE OF HIS WIFE SAYING "LOUISE, ARE YOU ALIVE!?" THAT IMAGE IS GOING TO STAY WITH THEM FOR THE REST OF THERE LIVES. I BET THEY FEEL LIKE S*** NOW.

Comment by Ruff de Gehto Travler on February 28, 2014 at 8:57am
Not Necessary maybe but legal they can do it !!!! I really have to see the video did they also show the part where he was given a direct order and disobeyed or when he was suppose to be hand cuffed and he shoved them away !!!! Listen again I can understand where you are coming from and you have a point but there is one thing I have learned over they years is our points don't mean crap to the law , all they care about is the statutes and if you go against them they have to use reasonable force to up hold them !!! Now was the force reasonable that's up to internal review and the family lawyer to fight but our point of view means nothing to the law !!!! I am sorry he died , the pepper spray may have been even to me a little much but him not obeying what the officers directed him to do was a mistake and a costly one!!! Does it make it right no!!! But I would rather this make a bad situation right by either the district command maybe revamping there rules on reasonable force and the use of pepper spray or do more community outreach to there citizens so when an officer and a citizen like this meet again they are both compliant under the guide of the law !!!! Being pissed is not going to solve anything !!! Just like the article on the dog that got killed in California next time take ya dumb ass home instead of being a so called video vigilante at a safe distance cause guess what your video and visual testimony would have been good enough in a court of law your dog would still be here!!! Blessed!!

THIS MAN, THERE KNEES WERE ON TOP OF HIM CRUSHING HIS LUNGS, THIS WAS NOT NECESSARY

Comment by Robert on February 27, 2014 at 10:14pm
do not resist, know your rights and state to the police you have the right to remain silent until you contact your attorney

Comment by Robert on February 27, 2014 at 10:10pm
PEOPLE EDUCATE YOURSELVES. YOU ARE AT A disadvantage During a POLICE encounter.. YOU MUST RESPONSE AT THAT MOMENT TO THE POLICE ( sometimes ignorant fools) COMMANDS. . .

they are there with the guns at the moment..
at the moment their authority supersedes your life.. as a Lawyer once told me, " you can sue and will win later but at that moment you must survive"...

Anybody would struggle to breathe...he was trying to tell them that but those fckers used that against him

Wow! That's jack up they didn't even attempted CPR on the guy... One knee on his sternum another knee and hand on his carotid artery stopping the blood flow, that would do it...