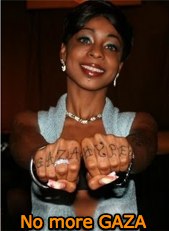 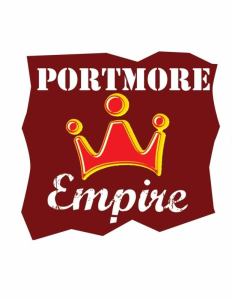 Lisa Hype is no longer a part of the Portmore Empire. The members of the Empire have unanimously agreed to end our professional relationship especially in light of certain 'developments' that have come to our attention regarding her overall conduct, conduct that is not consistent with the decorum expected of a member of the Portmore Empire. She is an incredible artist and we wish for her all the best in her future endeavors, but Lisa Hype will not play a future role in the Empire as she no longer fits in with our organizational goals as we move forward in 2010.

This announcement comes on the heels of a very controversial video that was widely publicized on YouTube involving both Lisa Hype and Vybz Kartel. Hype also did a stand out performance at the 2009 staging of Sting

Comment by David gideon on January 18, 2010 at 1:52pm
lisa just moved a little ahead of the crowd with that one. lol.

THAT IS EXACTLY WHAT I THOUGHT.


I AN I SHANT MARK I AN I BODY WIT NOTHING.

Comment by monique gray on January 2, 2010 at 8:22am
ladies this only shows that these pleasures should only be given to the right kind of men who actually deserves these pleasurous acts because how does lisa hype feel now that its now been confirmed that the man she was performing oral sex on is vybz kartel the same vybz kartel who is not saying the behaviour that lisa hype displayed isnt the how a member of the portmore empire should act and the action was been done to him and he has now made such a decision to kick her out of the group that had contributed to the world knowing who she was. As a woman my heart goes out to her because maybe she had no choice but to please kartel whenever and how ever he likes, i only hope that she will persue her music to the best of her ability. just go on your knees girland pray there is nothing that god cant solve

Comment by mar mills on December 31, 2009 at 1:06pm
this is wat happen when there is alittle hype wit these local jamaican artiste who cant give a good live performance on the biggest one nite show for ppl money, ego kicks in then the so called leader of the plaza starts kick out members.Dont write a bunch a lyrics and dont educate your self with the internal part of the business mr el topedo the artiste is the last to get paid remember that.Lisa sucking a dick is the best thing that could happen to the plaza to make some real money(euros).Sex sell,el topedo when your hype is over you need the domino effect top continue I thought it was an empire,el topedo if you or jamaica waitin to see if scond in line(black ryno) is going to reach the level of your self or lisa hype fame trust me you guys will not see that in this life time.VYBZ KARTEL these day the ingredients that sell the music is SEX, A GOOD HOOK, IMAGE and CONTROVERSY

Comment by rassmass on December 31, 2009 at 11:32am
she has to go straight kartel might wish it was but she is a liability a topic for songs to clash against the empire it too late all the same but that was a foolish decision she made to record live buju to negotiate coke