Lisa Cook: Senate Confirms Her to be FIRST Black Woman on Fed Board 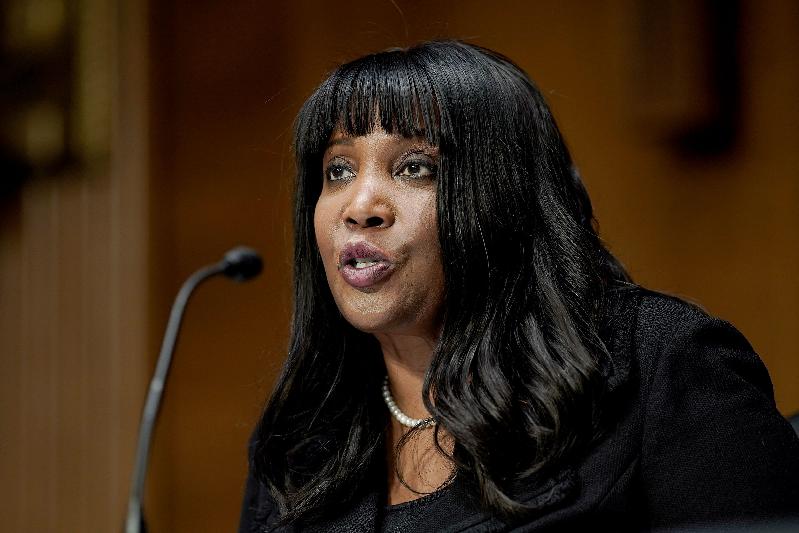 The Senate on Tuesday confirmed Lisa Cook to the Federal Reserve Board of Governors, becoming the first African American woman to be a member of the panel

The final vote was 51-50 with Vice President Kamala Harris breaking the tie.

All Republicans opposed Cook, with several complaining that she is not qualified for the position, despite having a doctorate in economics and being a professor at Michigan State University.

“Professor Cook has no proven expertise in monetary economics at all, much less fighting inflation,” Senate Minority Leader Mitch McConnell, a Kentucky Republican, said before the vote. “Professor Cook is a proven partisan who has promoted left-wing conspiracy theories and called for a fellow academic to be fired because that person did not support defunding the police.”

“Cook is unquestionably qualified and possesses bipartisan support from top economists, former Fed governors, bankers and civil rights organizations. Despite her broad support, a small but loud minority have wrongly claimed that Lisa Cook doesn’t meet the standards for this position — standards that only seem to apply for certain nominees,” said Sen. Sherrod Brown, a Democrat from Ohio who chairs the Banking Committee. “She will bring a critical voice to the Fed — one that has been missing for far too long.”

In her confirmation hearing, Cook said she will bring “diverse perspectives” to the Fed that will allow it to better carry out its mission of fighting inflation and keeping unemployment low.

This is the second vote to break a filibuster of Cook. The last one failed in the 50-50 Senate because of Democratic absences.

This story and headline have been updated with additional developments Tuesday.

Okay......great, she's the first black on the board.  And, how is this going to help black folks?  I won't hold my breath for an answer.  Gee, we had the first black president in U.S.A, I'm still trying to figure out what he did for black people.  But hey!!!!