Lil Wayne & Kodak Black Thanks Donald Trump For Pardoning Them 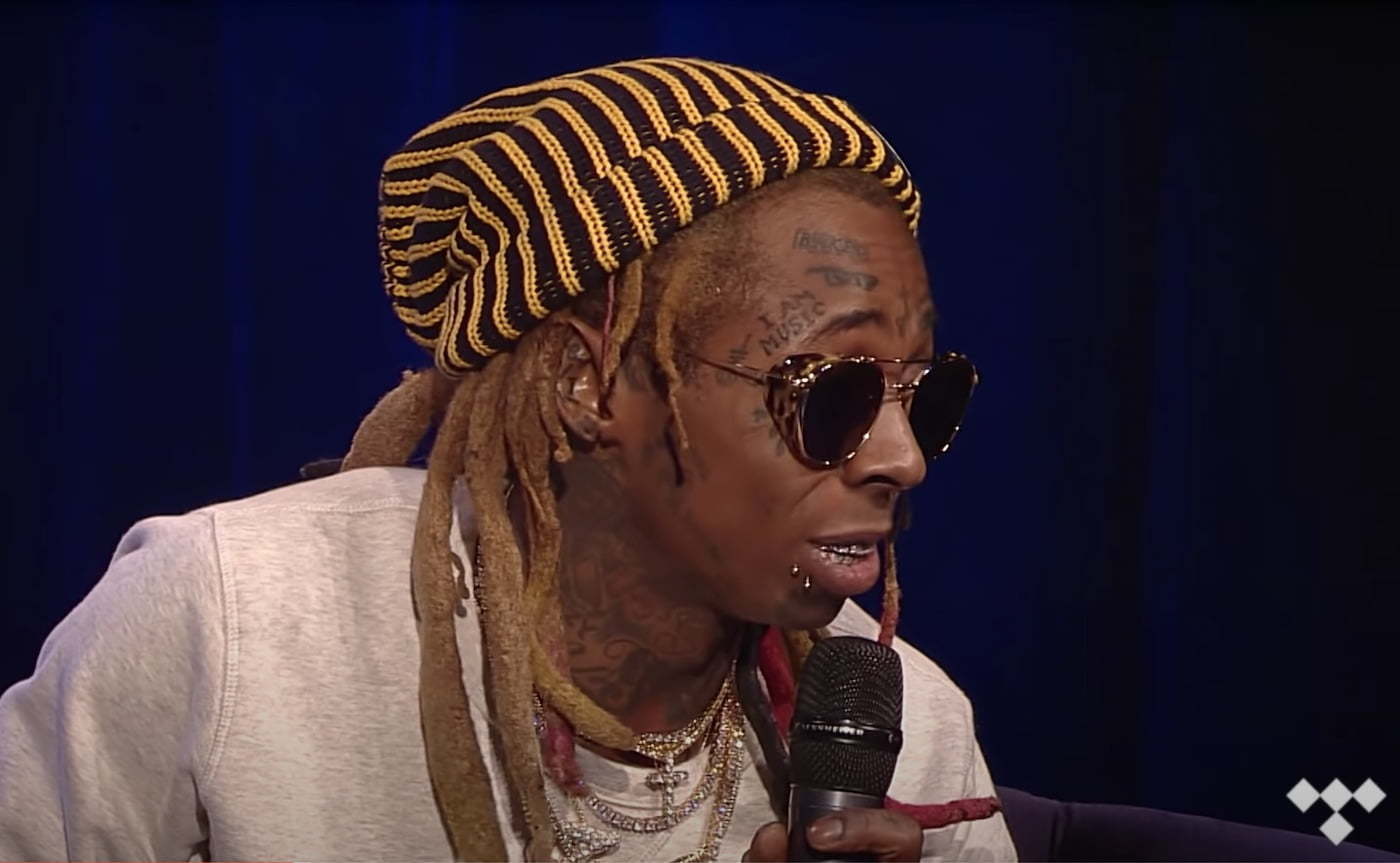 Both Lil Wayne and Kodak Black are singing Trump praises after last-minute pardon.

Lil Wayne’s loyalty to former President Donald Trump paid off with him being granted clemency for a federal gun charge yesterday, January 20. The rapper has expressed his heartfelt thank you to the 45th president of the United States. He also thanked his attorney Bradford Cohen profusely.

The rapper used the best forum that he could think of to express his gratitude. Following the news of his pardon, he headed straight to the studio and dropped a new single called “Ain’t Got Time.”

He also used his Twitter account to let his fans know how appreciative he was of the men who helped him to remain a free man. He tweeted, “I want to thank President Trump for recognizing that I have so much more to give to my family, my art, and my community. I also want to thank @bradfordcohen for working so diligently to secure another chance for me. Love!” He ended the tweet by signing off with his given name Dwayne Michael Carter Jr.

While it can’t be verified, many fans believe that Lil Wayne’s staunch defense of Trump as well as Weezy and Trump’s infamous photo-op played a major role in Trump’s decision to issue the pardon.
Meanwhile, another rapper Kodak Black is also very thankful. Previous reports indicated that the rapper was languishing in jail and missing his family before being granted a last-minute pardon as well. He was known for his strong sentiment against the former president, but after receiving clemency, he was very appreciative of his efforts.

He was serving a three and a half year sentence for federal gun charges as well. He will be a free man soon after serving about two months of his sentence. He also used Twitter to express his gratitude.

“I Want To Thank The President @RealDonaldTrump. For His Commitment To Justice Reform And Shortening My Sentence. I Also Want To Thank Everyone For Their Support And Love. It Means More Than You Will Ever Know. I Want To Continue Giving Back, Learning And Growing. @DanScavino,” he said. Just a short while ago Kodak admitted to being depressed while behind bars. “Lonely. Sad. Depressed. Pray For Sanity,” he tweeted then. His family and friends will also be very thankful that the rapper will be home soon.

Hey, many interactive clubs offer a system of increasing maximum winnings, which gives the user the opportunity to win huge amounts; Online casinos offer a lot of pleasant bonuses, the skillful use of which will significantly increase the amount of winnings. Using a variety of strategies to win is not prohibited by such companies, unlike real casinos. Her comment is here.
Thx

Comment by vaughn mitchell on January 23, 2021 at 4:08pm
They paid Trump, Trump, did not pardon their ass for free. People was paying him to pardon them you think these rug rat, looking a******* got pardon for free.

A gift to Trumps Black Base, they must have paid Don The Con a hefty price, now they can continue to destroy the youth with their satanic music, thank you Trump.