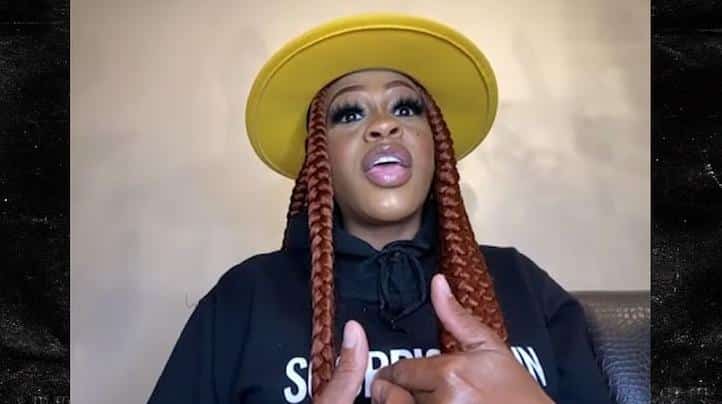 As was previously reported, Fat Joe came under fire after making comments about Lil Mo and another female rap legend, Vita, during his Tuesday night Verzuz battle with Ja Rule.

While the rappers started smack-talking, Fat Joe seemingly referred to the girls as “dusty b*tches” and said Ja must have found them in a “cr**c* house.”

Fat Joe later apologized in a tweet that said, “Shout out to the ladies very sorry if i disrespected i love Vida and lil Mo I’m super sorry love my sisters.” That apology wasn’t enough for Mo who asked for a genuine one, which he later gave her.

While speaking with TMZ, Mo admitted that he was way outta line and totally insensitive to all people battling addiction. Mo told the outlet that Fat Joe’s comments were just “vile” and “disrespectful” and he should know better than to use those degrading terms, especially in light of recent celeb deaths

She is right at her own point..

Comment by S. Young on September 18, 2021 at 5:45pm
Fat Joe is an attention seeking clown. Always thirsty for the spotlight. Lil Mo can actually sing so I guess he felt upstaged and intimidated.

Comment by vaughn mitchell on September 17, 2021 at 7:39pm
I wonder how fat joe, would feel if black rappers started calling PR, women Hoes and b****** in their rap song.