Jamie Foxx found a silver lining amid the #OscarsSoWhite controversy. In the comedian's mind a black actor did win at the 88th annual Academy Awards when Leonardo DiCaprio took home the Best Actor award for his role in "The Revenant."

"My man Leo, come on. You wanna talk about an honorary black dude," Fox joked with TMZ. "Leo's the closest thing to Tyrone as you can get. Titanic, he drowned. You know black dudes don't swim in the ocean. If Leo [wanted to play a black man] you'd have to let him do that."

Foxx and DiCaprio starred together in the 2012 movie "Django Unchained." (Reuters) Catholic Church abuse movie "Spotlight" was named best picture, the top award at Sunday's Oscars ceremony, after a night peppered with pointed punchlines from host Chris Rock about the #OscarsSoWhite controversy that has dominated the industry. 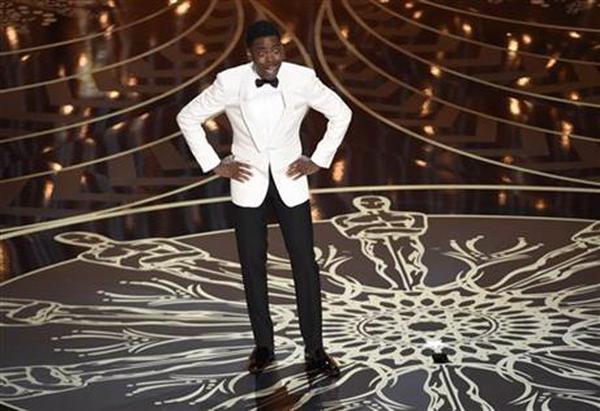 In a ceremony where no single movie commanded attention, Mexico's Alejandro Inarritu nabbed the best directing Oscar for "The Revenant", becoming the first filmmaker in more than 60 years to win back-to-back Academy Awards. Inarritu won in 2015 for "Birdman."

"The Revenant" went into Sunday's ceremony with a leading 12 nominations, and was among four movies believed to have the best chances for best picture after it won Golden Globe and BAFTA trophies.

The ambitious 20th Century Fox Pioneer-era tale, shot in sub-zero temperatures, also brought a first Oscar win for its star Leonardo DiCaprio, who got a standing ovation from the A-list Hollywood audience.

"I do not take tonight for granted," DiCaprio said, taking the opportunity in his acceptance speech to urge action on climate change.

"This film gave a voice to survivors, and this Oscar amplifies that voice, which we hope can become a choir that will resonate all the way to the Vatican," said producer Michael Sugar. Rising star Brie Larson, 26, took home the statuette for best actress for her role as an abducted young woman in indie movie "Room," adding to her armful of trophies from other award shows.

List of winners at Sunday's 88th annual Academy Awards presented by the Academy of Motion Picture Arts and Sciences.

Animated Feature Film: "Inside Out."

Original Song: "Writing's on the Wall" from "Spectre."

Documentary (short subject): "A Girl in the River: The Price of Forgiveness."

As expected----Can't get no Whiter than him