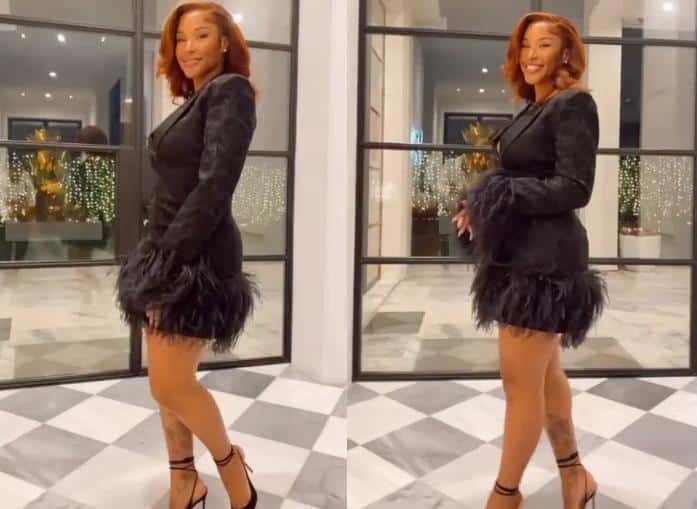 LeBron James is a big name on the basketball court, thanks to his remarkable achievements. But he is also admired for his warm personality away from the court. His fans also love him for how he has held on to his wife Savannah James with whom he started a relationship back in high school. The relationship keeps getting strong, not weak.

He deeply loves his wife, and never misses an opportunity to show her off, whether on holiday, at an event, or home watching their son’s basketball games. He also expresses his gratitude for her, letting the world know what a pretty woman she is.
Recently, Savannah, 35, set the Internet ablaze after sharing a cool, relaxed video on Instagram and Twitter.

In the video captured in her house, she is seen flaunting a fabulous dress that effortlessly brings out her cleavage as she walks around her lovely hallway. The black, plunging, sleek dress has ostrich feather trim on the sleeves. She has an orange tone on her hair.

Several compliments followed, with many comments pointing out how lucky LeBron is to have such a gorgeous wife. One fan commented that while Michael Jordan remains the king of basketball, LeBron James is the basketball GOAT when it comes to wives of NBA players.

On the court, James and his Lakers seem to be struggling even if he has performed at an MVP level. This must be eating into his mind, but it is highly possible that he has managed to stay focused and give his best because of his strong relationship with his wife.

Needless to say, fans are already looking forward to what Savannah will pull off in the next video or photo. Last November, she graced MGM’s “House Of Gucci“ premiere in a hard-to-ignore outfit that took the Internet by storm. Will she keep the momentum? 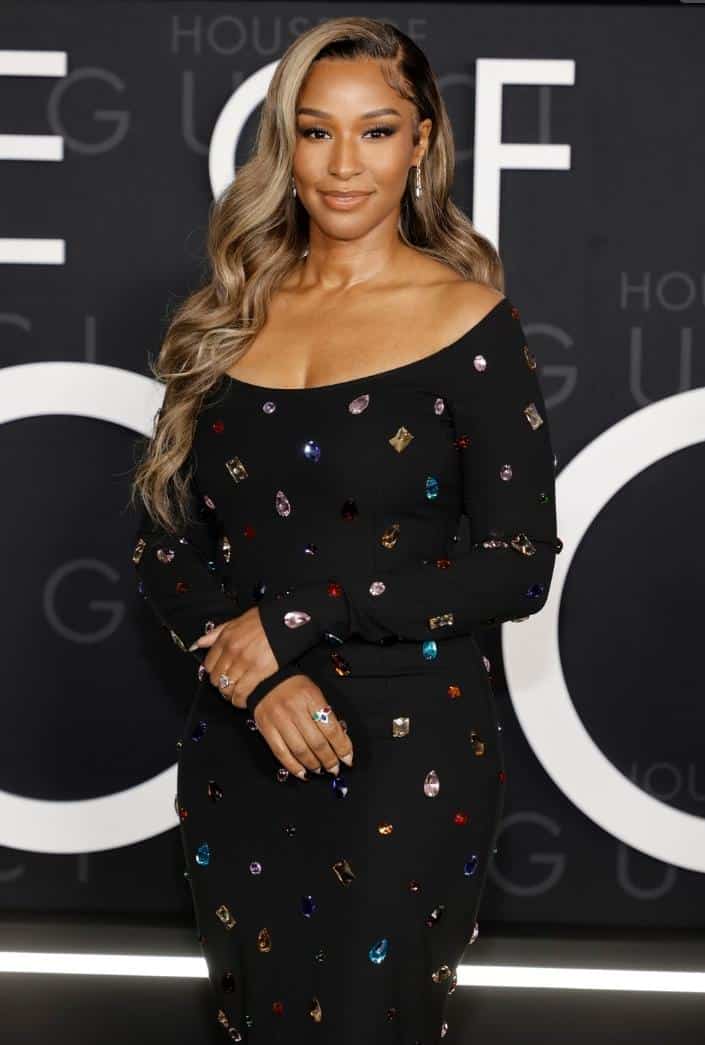 Comment by vaughn mitchell on January 24, 2022 at 7:25pm
When her husband is multi millionaire, athlete/ businessman , she better dress and look like a queen. You don't hear her trying to be Hollywood, unlike Carmelo's ex.