LeBron James opened an experimental school for kids thought to be 'irredeemable,' and it's working 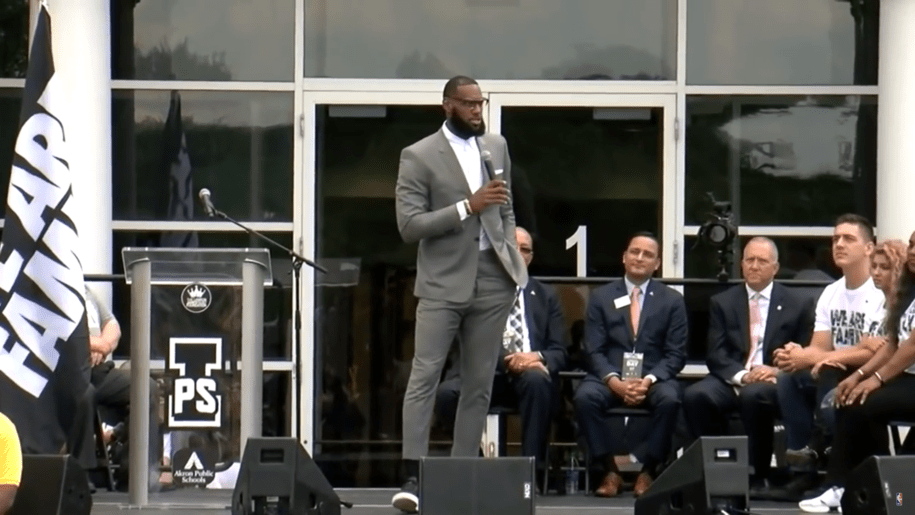 LeBron James speaks at the opening of I Promise School in Akron, Ohio, on July 30, 2018

Less than a year after opening, a LeBron James-funded experimental elementary school for at-risk ch...It’s too soon to fully quantify the impact that Akron’s I Promise School—a public institution funded in partnership by the city school district and the LeBron James Family Foundation—has had and will have on the roughly 240 students currently enrolled. Yet these children, once viewed as hopeless and “irredeemable” by Akron City Schools educators, are already putting up numbers that have dazzled their legendary NBA benefactor and hometown hero.

The students’ scores reflect their performance on the Measures of Academic Progress assessment, a nationally recognized test administered by NWEA, an evaluation association. In reading, where both classes had scored in the lowest, or first, percentile, third graders moved to the ninth percentile, and fourth graders to the 16th. In math, third graders jumped from the lowest percentile to the 18th, while fourth graders moved from the second percentile to the 30th.

The 90 percent of I Promise students who met their goals exceeded the 70 percent of students districtwide, and scored in the 99th growth percentile of the evaluation association’s school norms, which the district said showed that students’ test scores increased at a higher rate than 99 out of 100 schools nationally.

What does that mean, exactly? Essentially, these kids—who are in third and fourth grade this year—tested below 99% of the country last year. This year, their scores increased more than all but one of 100 schools across the nation. 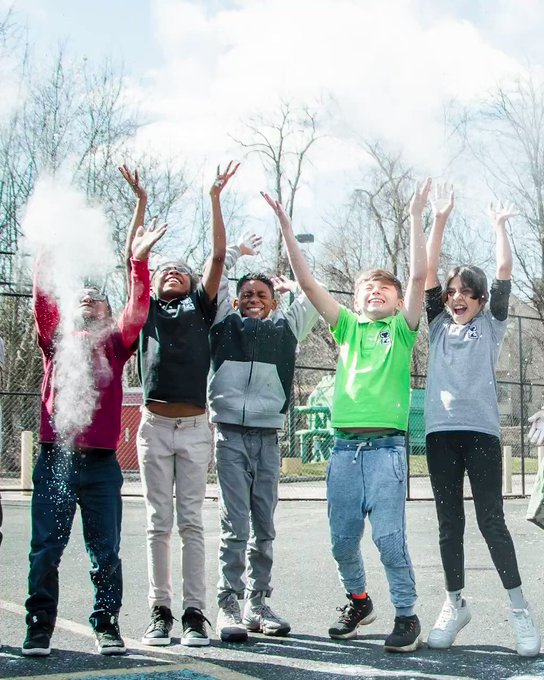 This Company Pays You To Go Anywhere
Decentric

…and they’re just getting started. #WeAreFamily#IPROMISE

1,256 people are talking about this

Yet even with those skyrocketing rates of improvement, these children still aren’t meeting standards for their grade level. How is that possible? In a telephone interview with the New York Times, James, 34, explained that the numbers show just how far behind these children were to begin with.

Those doors open onto a pretty amazing program that’s a natural extension of James’ I Promise Initiative. I Promise School doesn’t just aim to get the city’s forgotten children’s education on track—it also works to improve the lives of the students’ parents.

Just as wealth can and is passed down from parent to child, so is poverty. Research shows that one-third of poor children grow up to become poor adults. Furthermore, as young people begin to exceed their parents in success and accomplishments, their ability to soar can be limited by the expectation that they will support their families.

James, of course, is quick to remind folks that he’s “just a kid from Akron,” but not everyone knows that he missed most of fourth grade as he and his mother, Gloria, struggled to find housing.

James knows what it’s like to be an at-risk student himself. As a fourth grader, he says, he missed 83 days of school while he and his mother moved from one couch or spare room to the next. He credits mentors, some of whom he met at school, with a turnaround that helped him attend every day of fifth grade — which was also the first year he played organized basketball.

James’ I Promise program attempts to break that cycle and eliminate the parental burden through a holistic “wraparound” approach that tends to the whole family: I Promise parents have access to GED classes and job search assistance, as well as a food pantry to keep bellies full. That can make all the difference, as one parent in the school’s parental education program told the New York Times.

“I was skeptical even of my own life, wondering, ‘Am I even worth fighting for? “When I come here every day, I know it’s going to be O.K.”

I Promise School graduates are are also guaranteed a scholarship to the University of Akron, with whom James has had a long partnership (the UA education department was renamed after him and his foundati... For families who can barely afford rent, college savings just aren’t a reality. IPS students, along with participants in the seven-year-old I Promise Initiative—the first class of which are expected to graduate college in 2021—know they can go to college, costs be damned. That sense of security is invaluable to kids who, at just eight years old, were already on the verge of being discarded.

“We are reigniting dreams that were extinguished — already in third and fourth grade,” said Brandi Davis, the school’s principal. “We want to change the face of urban education.”

Time will tell how much IPS model will change lives, but this early achievement benchmark is definitely notable, according to Keith Liechty, a 20-year veteran of the Akron school district. “For the average student,” Liechty said, “your percentile doesn’t move that much unless something extraordinary is happening.”

James, of course, couldn’t be happier, and calls the I Promise School “the coolest thing that I’ve done in my life thus far.”

Teachers these days don't want to take the time to help troubled kid, nor do they have the time due to how many kids are in their classrooms. I pray we get some rock stars out of these schools.