LeBron James Accused Of Having 'SECRET' Baby Just Like Drake {VIDEO} Is she saying YES or NO?

LeBron James has been criticized for years now about his thinning hairline. Well, that's no longer the case. Over the years LeBron James receding hairline has been the subject of much discussion and the center of plenty of Internet jokes.

Like Napoleon hightailing it out of Moscow, James' hairline has beat a rapid and defeated retreat up the superstar's scalp for the better part of the last decade. 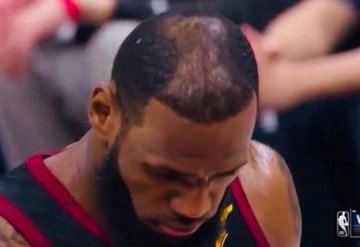 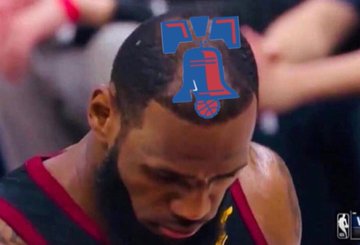 In the past, he had undergone a series of hair treatments to bring back his hairline, but now he's resorting to wearing a man-weave and the results are pretty dramatic.

Won't be surprised if he has dreads by next year 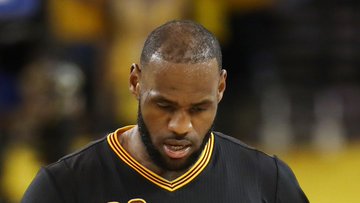 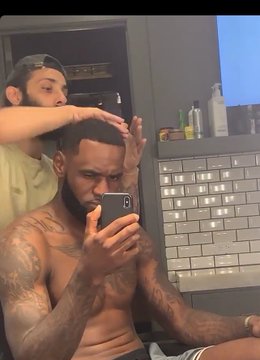 Recently, he posted a video of himself at the barber shop - getting his new lacefront hairline installed.

Here's what Lebron's hairline looked like before he installed his new man-weave.

Lebron is deemed by many to be the greatest basketball player in NBA history. He won his first two NBA championships while playing for the Miami Heat in 2012 and 2013, and he was named league MVP and NBA Finals MVP in both championship years.

After his fourth season with the Heat in 2014, James opted out of his contract to re-sign with the Cavaliers. In 2016, he led the Cavaliers to victory over the Golden State Warriors in the NBA Finals, delivering the team's first championship and ending Cleveland's 52-year professional sports title drought.

His teams appeared in the NBA Finals in eight consecutive seasons (from 2011 to 2018).

LeBron James is coming under fire - after his mother's ex-boyfriend is rekindling rumors, that Bron had a SECRET BABY. The news is coming from his mother Gloria James' ex-boyfriend -a Miami rapper named Lambo.

Five years ago, a local Cleveland reporter named Sharon Reed announced that she was pregnant. At the time Sharon did not reveal the father of her baby. Well now Lambo is suggesting that LeBron is the father.

He claims that he's writing a book - and plans on spilling tea on LeBron's entire family. Look what he put on Instagram:

Since giving birth, Sharon has come out and CATEGORICALLY DENIED that LeBron James is her babys father . But in a recent interview, she also said that if people want to believe that her baby is Lebron's "that's ok,."

The Destruction of the Black Family #blacklovematters from Black Love Matters on Vimeo.

Comment by Doug on June 12, 2018 at 12:55pm
Why bring this up now if he was the father she should have made it clear through test from the start

I'm not a Lebron fan, but I don't believe it.

Black people, we are our worst enemy. His mothers ratchet ex boyfriend, I guess she cut him off, kick him out, now he is acting like a ratchet. Some of these black men.