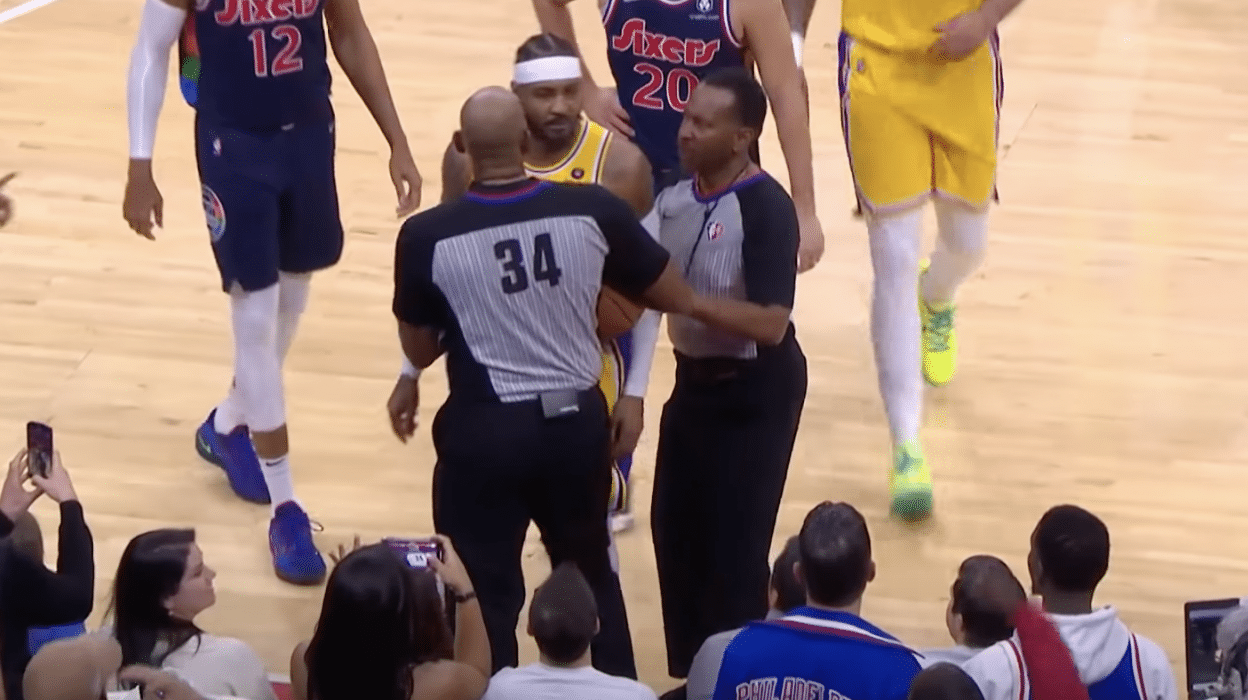 During a stoppage in play in the fourth quarter, Anthony had heard enough and stepped to the two fans to address their chirping. A ref quickly intervened, and the officials and security eventually escorted the men out.

While Anthony wouldn’t say what the fans said to him, Yahoo! Sports’ Chris Haynes reported that one of them kept calling the 10-time All-Star “boy.”

As we all know, Philly fans have a history of harsh behavior, to put it politely. Eagles fans famously booed Santa Claus, Destiny’s Child were booed during an All-Star game at the Spectrum because they diplomatically wore jerseys from the home and opposing team during their halftime performance. Just last season, Russell Westbrook, Anthony’s teammate who was then playing for the Washington Wizards, had popcorn dumped on him by a fan in Philadelphia. Before this season, Wells Fargo Center announced a zero-tolerance policy for “racial or identity-based” language.

This time, the behavior got racial.

Mello should have ignored the guy. You gave the guy ligitimacy and his 15 minutes of fame when you responded.

Comment by mr1stroke on January 31, 2022 at 10:36pm
Lol come on Jello, isn't it what he calls his black friends, they are not mad, that don't mean he is racist, did I say he has black friends? Lol

Comment by vaughn mitchell on January 31, 2022 at 2:15pm
@Aubrey, because they think nothing would happen to them, well they will never be invited again.

#AMERIKKKANS ARE THE TRUE IMMIGRANTS' IN #AMERIKKKA. SMDH

Comment by audrey cumberbatch on January 28, 2022 at 10:28pm
Why do these ppl go to games when they are so racist.