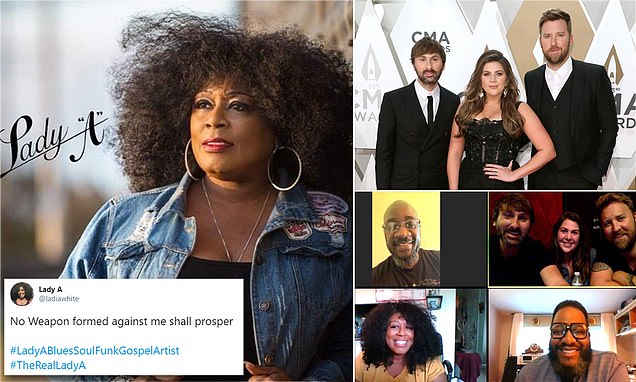 Country group Lady A, which dropped the word 'Antebellum,' from their name because of the word's ties to slavery, has filed a lawsuit against a black singer who has performed as Lady A for years.

The Grammy-winning vocal group filed the lawsuit on Wednesday in federal court after negotiations with Anita White broke down in recent weeks.

According to the lawsuit, the band is seeking a ruling that their use of the trademark 'Lady A' does not infringe on White's alleged trademark rights of the same name.

The band is not seeking monetary damages and are not asking White to stop using the name but to share it. 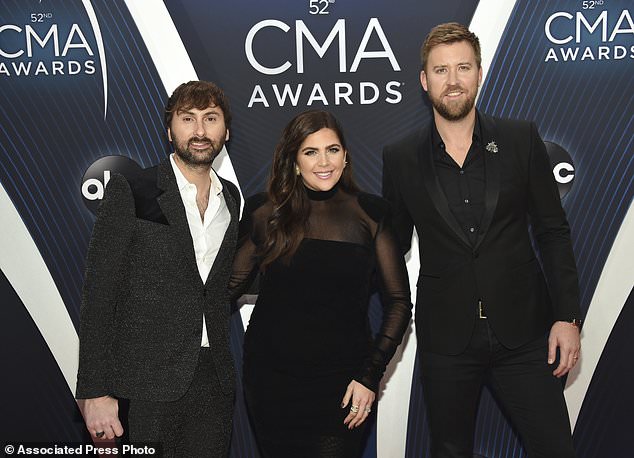 The Grammy-winning country group, which dropped the word 'Antebellum' from their name because of the word's ties to slavery, has filed a lawsuit against a black singer who has used the stage name for years 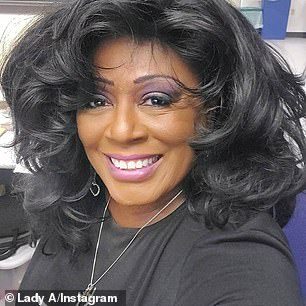 Seattle singer Lady A was accused by the group Lady A, formerly Lady Antebellum, of demanding a $10 million payment

The group made up of Hillary Scott, Charles Kelley and Dave Haywood announced the name change last month, saying they were regretful for not taking into consideration the word antebellum's associations with slavery.

But White, who has been releasing blues and soul music for years as Lady A, complained publicly that the band never reached out to her before changing their name. Negotiations over the name failed to reach an agreement.

The band say they were even in the process of writing a song with White that could have been released as a joint single, according to Variety.

A manager for White did not immediately respond to a request for comment.

According to the lawsuit, the band applied for trademarks for the name 'Lady A' for entertainment services and for use on clothing back in 2010 and even as far back as 2006. No oppositions were filed by any person or entity when the trademark application was made. It was granted in 2011, according to Variety.

However, White released music under the name in 2010 which could give her de facto rights.

'Today we are sad to share that our sincere hope to join together with Anita White in unity and common purpose has ended. She and her team have demanded a $10 million payment, so reluctantly we have come to the conclusion that we need to ask a court to affirm our right to continue to use the name Lady A, a trademark we have held for many years,' the statement began. 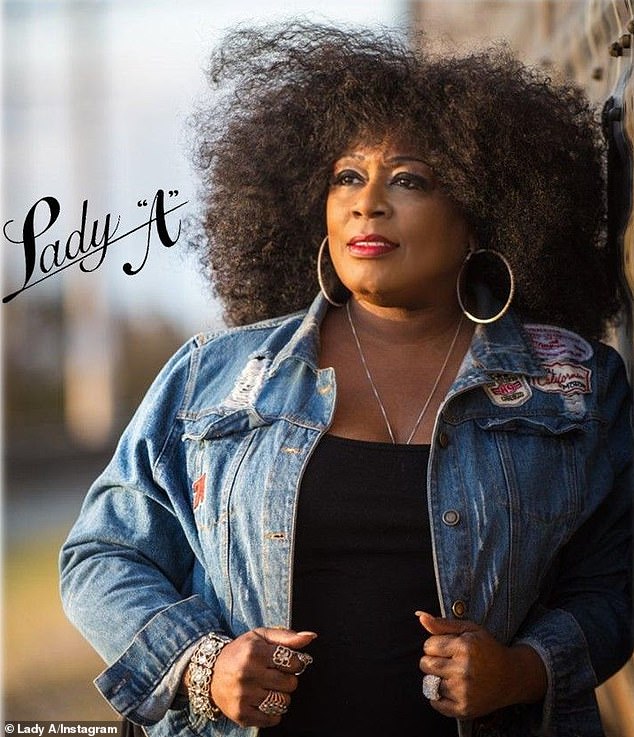 Anita White, shown last month on Instagram, has been performing as Lady A for years

'It was a stirring in our hearts and reflection on our own blindspots that led us to announce a few weeks ago that we were dropping the word 'Antebellum' from our name and moving forward using only the name so many of our fans already knew us by.

'When we learned that Ms. White had also been performing under the name Lady A, we had heartfelt discussions with her about how we can all come together and make something special and beautiful out of this moment,' said the group in the statement.

'We never even entertained the idea that she shouldn't also be able to use the name Lady A, and never will - today's action doesn't change that.

'We're disappointed that we won't be able to work together with Anita for that greater purpose. We're still committed to educating ourselves, our children and doing our part to fight for the racial justice so desperately needed in our country and around the world. We've only taken the first small steps and will prioritize racial equality as a key pillar of the work of LadyAID, specifically leaning into supporting and empowering our youth. We hope Anita and the advisers she is now listening to will change their minds about their approach. We can do so much more together than in this dispute.'

How To Watch UFC 251 Live Streams Reddit Usman vs Masvidal For Free Best Guide. All You need to know about Usman vs. Masvidal UFC 251 live, including fight cards & under card.