La prisoner freed after 41 years of solitary--- How in the hell did he do this !!!! AMAZING 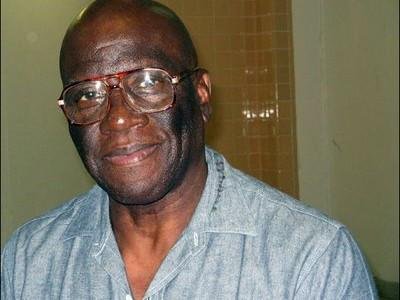 NEW ORLEANS (AP) — A 71-year-old Louisiana prisoner who spent 41 years in solitary confinement and is now dying of cancer was released late Tuesday from prison, his attorneys said.

Jackson had also ordered a new trial because women were unconstitutionally excluded from the grand jury that indicted Wallace in the guard's death. And, he ordered him immediately released.

Wallace's attorneys said the freed prisoner left a correctional center in St. Gabriel by ambulance Tuesday evening and was expected to go to LSU Interim Hospital in New Orleans for treatment of advanced terminal liver cancer.

"Tonight, Herman Wallace has left the walls of Louisiana prisons and will be able to receive the medical care that his advanced liver cancer requires," his legal team said in a statement.

"The record in this case makes clear that Mr. Wallace's grand jury was improperly chosen in violation of the Fourteenth Amendment's guarantee of 'the equal protection of the laws' ... and that the Louisiana courts, when presented with the opportunity to correct this error, failed to do so," Jackson wrote.

He added, "Our Constitution requires this result even where, as here, it means overturning Mr. Wallace's conviction nearly forty years after it was entered."

George Kendall, one of Wallace's attorneys, told The Associated Press in an earlier telephone interview the decision gives his client "some measure of justice after a lifetime of injustice," but his response was tempered by the grim outlook for Wallace's health.

"He's pleased," Kendall said of Wallace's reaction after hearing of Tuesday's ruling, "but he's quite ill."

Wallace, whose birthday is Oct. 13, has been diagnosed with terminal liver cancer. Kendall said he "ceased receiving treatment a couple of weeks ago."

Wallace and two other inmates convicted in the 23-year-old guard's slaying came to be known as the "Angola 3."

Wallace, of New Orleans, was serving a 50-year armed robbery sentence when Miller was fatally stabbed in 1972. Wallace and the two others convicted in Miller's death were moved to isolation at the Louisiana State Penitentiary in Angola. In 2009, Wallace was moved to "closed-cell restriction" at Hunt Correctional in St. Gabriel and recently was taken to the prison's hospital unit.

Kendall said his client has asked that, after his demise, they continue to press the lawsuit challenging Wallace's "unconstitutional confinement in solitary confinement for four decades."

"It is Mr. Wallace's hope that this litigation will help ensure that others, including his lifelong friend and fellow 'Angola 3' member, Albert Woodfox, do not continue to suffer such cruel and unusual confinement even after Mr. Wallace is gone," his legal team said in a written statement.

Kendall said Woodfox won full habeas relief last year but the state has appealed that as well. The case is pending before the 5th U.S. Circuit Court of Appeals.

In 2010, Woodfox was moved to the David Wade Correctional Center in Homer, where he remains in custody.

Woodfox and Wallace have continued to deny involvement in Miller's killing and say they were targeted because they helped establish a prison chapter of the Black Panther Party at the Angola prison in 1971, set up demonstrations and organized strikes for better conditions in the prison.

The group's executive director, Steven W. Hawkins, welcomed the court's ruling involving Wallace. "Tragically, this step toward justice has come as Herman is dying from cancer with only days or hours left to live," he said in a statement. "No ruling can erase the cruel, inhuman and degrading prison conditions he endured for more than 41 years."

The third man, Robert King, was released after 29 years in solitary confinement. King, convicted of killing a fellow inmate in 1973, was released in 2001 after his conviction was reversed and he pleaded guilty to the lesser charge of conspiracy to commit murder.

Comment by harolda on October 3, 2013 at 9:33am
HOPEFULLY ALL ON OUR PRISONERS THAT IS INJUSTLY IMPRISONED WILL ALL FIND FREEDOM GOD IS EVER PRESENT AND ALWAYS LOOK OVER EVIL.

Comment by dao on October 3, 2013 at 3:57am
Angola is the worse prison in America Louisiana still racist, thank god I will never go there,

Comment by ner brown on October 2, 2013 at 7:56pm
Thanks. I'll definitely look into this documentary.

Will do did not know about that Thanks !!!

Please watch the documentary movie 'Herman's House', which profiles the life of Herman Wallace, the travesty of his trial and his subsequent detention in solitary confinement for over 40 years. The movie was debuted on PBS just a few months ago. I'm great friends with the film makers and documentarians, and this struggle provides tremendous insight into the fight against solitary confinement and solitary confinement abuses in NYC and all across the Country. Google the film and look it up on Youtube, as it's a fascinating story, and bless The Lord God at 71 years of age, though dying from cancer, he is now FREE!!!