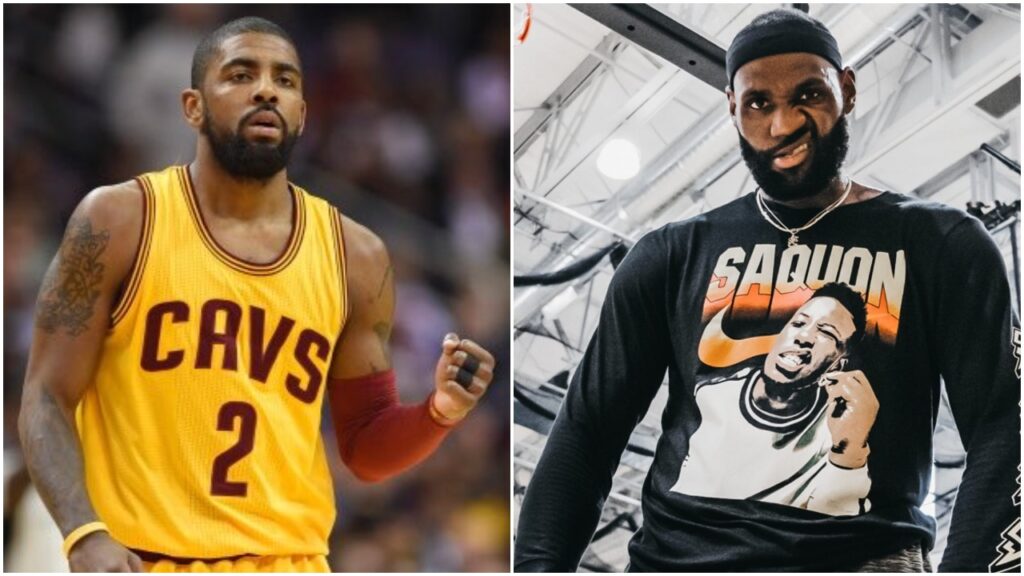 Kyrie Irving was left a bit perplexed back in 2015 when a reporter asked if he considered LeBron James to be a father figure.

As reported by Fadeaway World, the relationship between the two NBA stars “wasn’t the smoothest,” the outlet writes, noting that James and Irving “spent three years together in Cleveland, winning one NBA championship in three Finals trips.”

Six years ago, Irving was asked by a reporter how King became a father for him and the team.

“The other day after the Bulls game Tristan called LeBron a great father. What type of parental role has LeBron played for you and your teammates?” the reporter stated.

Kyrie replied, “Parental role? I don’t know if I can really answer that question. He’s been a great leader for us. I have one father, it’s my dad Drederick Irving. But for us, in terms of learning the nuances of the game and how to win, how to carry ourselves on and off the court, he’s been a really great influence in that role.”

Watch the odd moment via the clip below.

Comment by vaughn mitchell on August 17, 2021 at 5:28pm
Thank you Kyrie, these fools keep missing Lebron's ass, Kyrie, is a grown man his godfather is former My, Knicks point guard Rod Strickland.