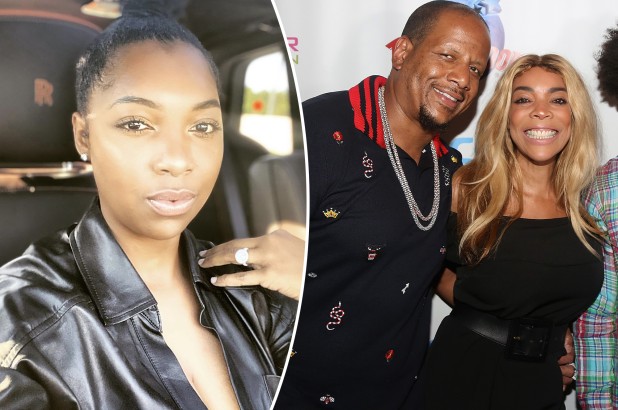 Wendy Williams’ ex-husband (Kevin Hunter) is ready to begin a new chapter in his life as he proposed to his long term mistress, Sharina Hudson

For the past couple years the talk show host has opened up about her difficult marriage problems amid her 2019 divorce. For those of you who may have forgot Hudson has been having an affair wit Kevin Hunter “since the beginning,” says Williams. She described Kevin as a “serial cheater.” She first found out about Sharina while she was pregnant on bedrest with her son

According to the Sun, Kevin dropped $80,000 on his long term mistress’ engagement ring. Money seems like no problem for him after the large amount of coins Wendy had to pay him after their divorce. After their divorce was finalized Hunter and his now fiancee packed up snd moved to Boca Raton, Florida.

Wendy has yet to comment on her ex-husband’s engagement while she is still recovering from her recent health issues. The Wendy Williams show is still waiting for her return, but during her absence she’s had a series of guest hosts to take over.