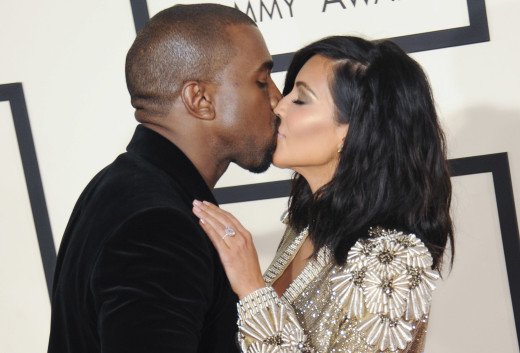 That right there is enough to make us cry BS on the latest round of Kim-Kanye divorce rumors.

Not only is talking someone out of a facial tattoo an act of true love, but if you were about to face off against someone in divorce court, wouldn't you want them to go in front of the judge looking like Gucci Mane?

Anyway, the fact remains new Kimye divorce rumors are upon us, and one tabloid is claiming that Kim has already made up her mind to end her third marriage.

"Kim wants to cut her ties with Kanye as quickly as possible," an "insider" tells In Touch, adding that the spit is "going to be Kanye's worst nightmare."

The probably-made-up source claims that Kim has already hired a divorce lawyer (We're assuming she has one on speed dial at this point.) and that she doesn't plan to break the news to Yeezy until after she's filed papers.

"Kanye will be blindsided and angry," says the source. "It's going to be war."

Yeah, we suggest taking this report with a barrel of salt. Still, a part of us hopes there's some truth to it.

Given how emotional Kanye has been in recent weeks, his head would probably literally explode if Kim left him, and frankly, that's something we wouldn't mind seeing.

I'm more interested in how they find a replacement for their husbands and wives. We, ordinary guys, have the ability to search for someone on the Internet, try this web-site. But what does Kim do when she needs a boyfriend. Hey, where's the billionaire for me? It sounds funny but I'm still interested)