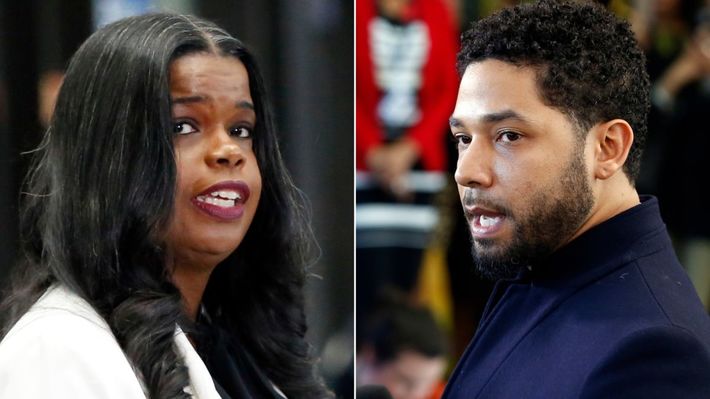 An investigation into Chicago Cook County State’s Attorney Kimberly Foxx and her handling of the Jussie Smollett hate crime case has noted “substantial abuses of discretion and operational failures” by Foxx and her staff, but no criminal wrongdoing.

Special Prosecutor Dan K. Webb said in a statement released Monday that the investigation “did not develop evidence that would support any criminal charges against State’s Attorney [Kimberly M.] Foxx or any individual working at the CCSAO,” despite questionable legal ethics and several instances of “false and/or misleading” statements to the public, per TheWrap.

Smollett was indicted on 16 counts last year for filing a false police report after alleging two masked men hurled anti-gay slurs at him, doused him with bleach and tied a noose around his neck. The charges were ultimately dropped by Foxx and that’s when Webb was assigned to review the case.

Foxx previously said she received death threats after her office decided to drop charges against the actor.
Webb’s investigation confirmed “some examples” of Chicago Police leaking information about Smollett’s case to the press, but the individuals responsible could not be identified, so no criminal charges were recommended.

“This so-called “report” on Kim Foxx and the timing of the recharging of Jussie reveals the real political electoral motivation of Dan Webb and his cohorts. It’s a blatant attempt to take down a black progressive female prosecutor who does not fit within the white power structure. Jussie, a black, gay man who maintains his innocence, continues to be used as a pawn. Today’s report confirms what the defense has said all along—there was no wrongdoing or undue influence by Jussie or the defense in the dismissal of all charges against him and the second wave of charges is a blatant constitutional violation.”

Webb’s report is being withheld from public view under Illinois law regarding grand jury procedure.

Oh yeah, I got to read this news. I think it should be investigated properly. Let me once get free from research paper editing and proofreading in AU for my daughter then I shall share my insight on this.