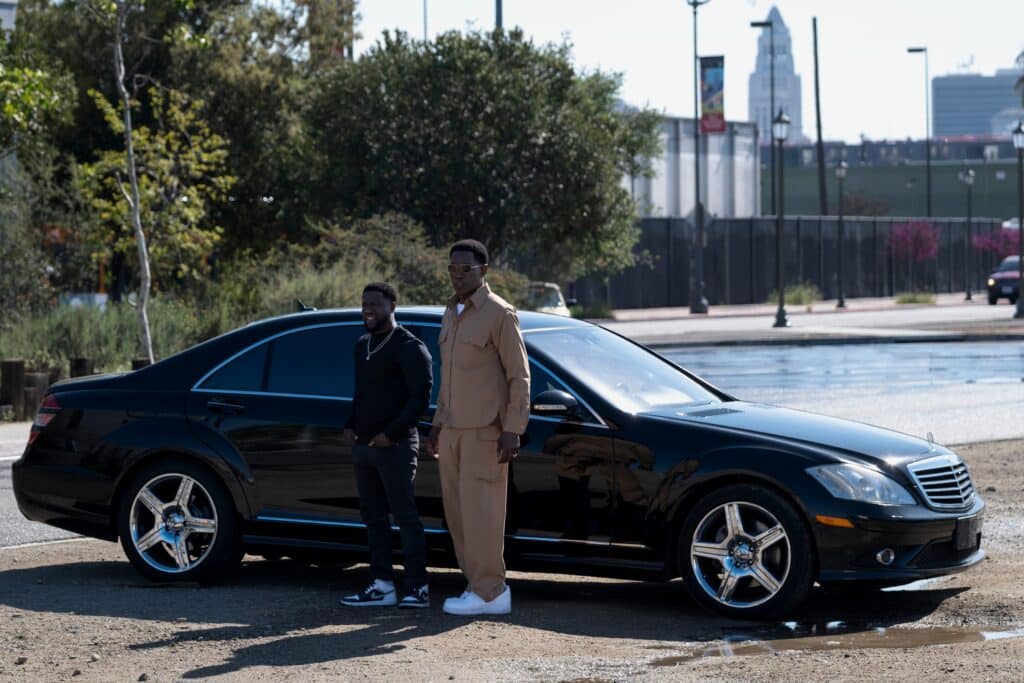 Kevin Hart’s new Netflix drama series “True Story” is not actually based on a true story but the racist airplane passenger scene really happened to the comedian.

In the drama series, Hart plays a character seemingly inspired by himself, a comedian named The Kid. A tour stop in Kid’s hometown of Philadelphia becomes a matter of life and death for one of the world’s most famous comedians when the consequences of a lost evening with his wayward older brother (Wesley Snipes) threaten to destroy everything he’s built.

The project marks Hart’s dramatic series debut and he also serves as an executive producer. As reported by Insider, Hart said his character is “based off of just the onslaught of s*** that you deal” as a celebrity.

In the first episode of the show, Hart’s character Kid is settling into first class when a white passenger recognizes him and begins to quote his stand-up routine, even using the “N” word.

Hart told Insider that the scene reflects the level of racism he has experienced in his travels.

“No question about it,” Hard confirmed. “People get so comfortable with where they feel they can be with you because of what you do. And sometimes that line is just ignored.”

“There is no boundary, and you have to find yourself being patient and chill so you don’t come off like an a******,” Hart continued. “You have to be real cool how to handle things and handle people because things can switch on you. So you find yourself always taking the higher road.

“It’s making people aware they are wrong, but doing it in the most professional way. And that’s what this scene was. It was a scene that showed Kid having control, but that’s Kevin in a small way, too.”

Lol thay show is off the hook, Kevin and Sealy are crasy funny

HEY.....KEEP USING THAT N WORD! Don't get upset when white folks call you by what you call each other every damn day. Want changes.....stop using the fuggin' word or shut the fugg up......LOL!