*During Sunday night’s “Real Housewives of Atlanta,” Kenya Moore hopped on Twitter to give more details about the text exchange she found between her estranged husband and his ex.
We previously reported… Moore broke down during the episode as she recalled her failed marriage to businessman Marc Daly.
“He kind of forced my hand,” Moore said of their separation, explaining to cast mates Kandi Burruss and Cynthia Bailey that she heard from her publicist about Daly’s plan to announce their split. “Everything just happened so fast,” said Moore, per PEOPLE.
Kenya and Marc released a joint statement back in September that they were going their separate ways. A day prior, the two hosted a charity event where the RHOA cameras caught their post-party fight.

“We went to the event and he just seemed very irritated the whole time we were there. Not loving, not being nice to me. He was just like, saying little things under his breath. It just seemed everything I was doing was an issue,” Moore said. “And then, I don’t know what happened, but he ended up getting in the Uber and we took off and he was just like, livid. He was like, ‘I didn’t even want you to come.’ Somehow I ruined his night.”

“Every time he gets mad, he goes in. He goes for my throat,” Moore continued. “It’s like, he can’t stop until he feels like he’s just destroyed me. I’ve seen him angry before, I’ve never seen him angry like that.”

Kenya got more candid about her marriage during the “RHOA” after show. Check the clip above. 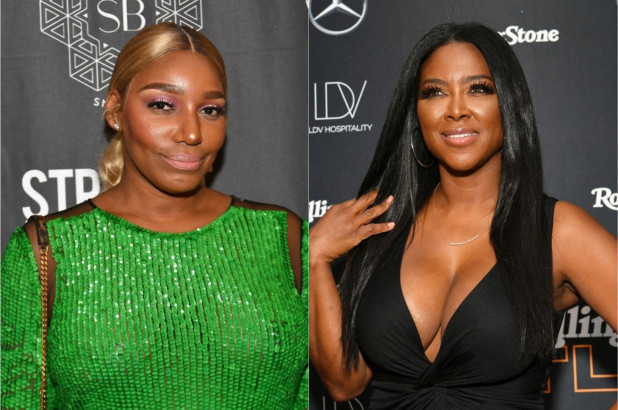 Following her divorce announcement late last year, Kenya went on a girl’s trip with the RHOA cast to Greece, and the event was highlighted by her and NeNeexchanging heated words.

At one point, Leakes let Kenya HAVE IT, and The YBF reports that she accused Moore of snubbing her twice  — which sent her over the edge. NeNe said she was open to “fellowship” with Kenya, but the former Miss USA was not having it.

”I’ve put all of our drama aside. As a married woman, and a woman who has been through things in her marriage, I wanted to just really give her good advice. F*C* Kenya. Be clear, f*c* Kenya and her bad skin,” NeNe said during a confessional.

Peep the clip below at the 3-minute mark:

NeNe hopped on Twitter to double down on her comments about Kenya.

“I don’t want to hear NOTHING from NOBODY concerning Ken,” NeNe tweeted. “She sits, talks and thanks some who has done wayyyyy more worst to her than i ever have! I don’t owe this monster NOTHING! I personally think her friends need to keep it 100 wit her.”

She continued, “The fact that her friends ask others to be sensitive to her situation but she was NEVER sensitive towards porsha & Kordell (remember her sayin porsha was his beard) Phaedra & Apollo, Paul & Tanya. LETS NOT FORGET”