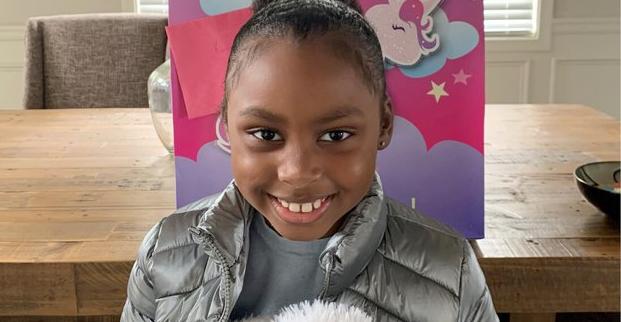 Remember our story about record producer Jermaine Dupri wanting policed to go “code red” as far as increasing racial profiling over the shooting of a 7-year-old girl by a stray bullet? Well, unfortunately, that child has died.

Kennedy Maxie died six days after she was struck by a stray bullet while Christmas shopping with her family in Buckhead this past Monday (12-21-20), according to reports.

She passed away Saturday night, Channel 2 Action News reported. The girl had been in critical condition at Children’s Healthcare at Atlanta at Scottish Rite since the shooting, officials said.

Kennedy, who lived in Cobb County and attended Sedalia Park Elementary, was shot in the back of the head while riding with her mother and aunt near Phipps Plaza. Investigators do not believe the family’s Lexus was the intended target of the shooting, which stemmed from an argument between several men in the parking lot of Saks Fifth Avenue, interim police Chief Rodney Bryant said.

The child’s aunt told detectives she heard the gunfire while driving along Peachtree Road near the high-end shopping mall. Moments later, she realized Kennedy had been struck and drove straight to the hospital, where the little girl was rushed into surgery.

Police are still examining surveillance footage from the parking lot in an attempt to identify the shooter, but no arrests have been made.

Kids dont stand a chance to grow up and play, they are surrounded by demons, pretty little angel now in heaven, i hope you get your wings so you can fly free, sleep well little mama, im sorry this world was not good enough to love you, my heart breaks, i have a daughter too, because of her mother says so she can have a comfortable life