Kelly Rowland Reunites with Her Estranged Father After 30 Years [VIDEO] 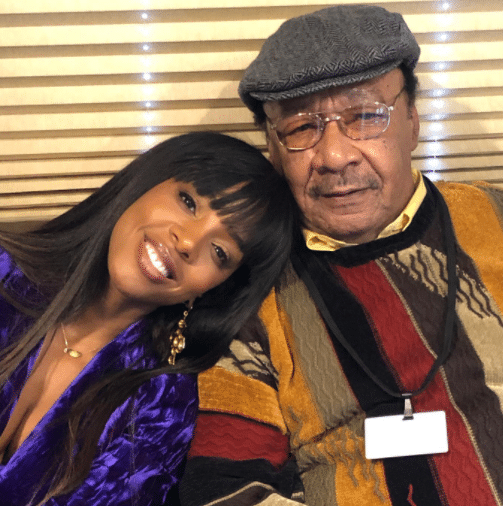 Kelly Rowland is speaking out about reuniting with her estranged father after 30 years, and she did so on the advice of rapper JAY-Z.

Rowland opened up about her journey in a recent episode of “Today” with Hota Kotb. She was joined by her father, Christopher Lovett who spoke about his attempts to have a relationship with his famous during a period when she wasn’t ready to meet him. The singer was raised by her mother and had “feelings of abandonment” due to her father’s absence.

When Destiny’s Child took off, Rowland instructed security to ban her father from certain events.

“People used to tell me, ‘I saw your daughter,’ and I used to sit there and say, ‘Well, I didn’t,’ and it used to hurt,” Lovett told Kotb. “So when Kelly started performing in certain places, I followed her. And when I did go to a couple of places, I didn’t get a chance to see her because security wouldn’t let me see her. It was sad really…I wanted to tell Kelly that I love her and that I never gave her up.”

Watch their full TODAY show interview via the YouTube clip below.

Rowland admits that she had a change of heart after the birth of her first son, Titan, and that’s when she approached JAY-Z for advice.

“He said, ‘Love is all about risk. You gotta decide if you’re gonna jump,’” the mother-of-two recalled. “‘You gonna jump?’ That’s what he asked me: ‘Are you gonna jump?’”

Her answer was yes.

The mother was probably bitter and poisoned the girl against her father.  But, better late than never.

Well its always good before he is gone, you can both enjoy little time that is left