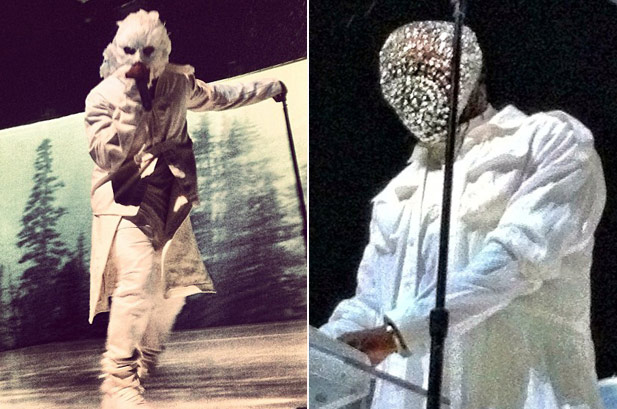 Even when he's alone onstage, Kanye West manages to be larger than life.

Last night (Dec.30th), an all-white-wearing 'Ye took the stage at the 5,500-seat Ovation Hall in Atlantic City's Revel Resort for his first of three consecutive "7 Screen Experience" shows. The packed house was treated to a set that proved West remains one of the most fearless and formidable performers in showbiz.

As Foreigner's "Cold As Ice" pumped through speakers, West emerged on a bare stage devoid of the dancers that accompanied him on past outings and delivered an intimate, confessional 75-minute set that included new hits, old faves, and a couple of elaborate masks that would make Gaga green with envy.

As 'Ye spouted the lyrics to his opening track "Cold," dazzling video screens surrounding the rapper cued projections of icebergs and snow-covered mountains, beginning a winter-wonderland themed set that at times included snowflakes falling onto the crowd. West then dove into "Clique" and continued to keep things current with recent cuts "Mercy" and the G.O.O.D. Music mix of Chief Keef's "I Don't Like."

But of course, the classics were represented as well, with hits like "Power," "Touch the Sky" and "Good Life" revving up the stylish crowd. "Runaway" provided a chill moment of introspection, but "Gold Digger," "All of the Lights" and the closing "All Falls Down" brought the party back into full swing.

But what may be most memorable about the performance was the outrageous attire. Kanye kept it all-white throughout the set, wearing a leather kilt and some fashion-forward headgear that included a diamond-encrusted Maison Martin Margiela face mask that walked straight off a haute couture runway.

The trio of Atlantic City shows marks Kanye's second return to Revel this year, his only solo U.S. appearances since he headlined the Coachella festival in April 2011. 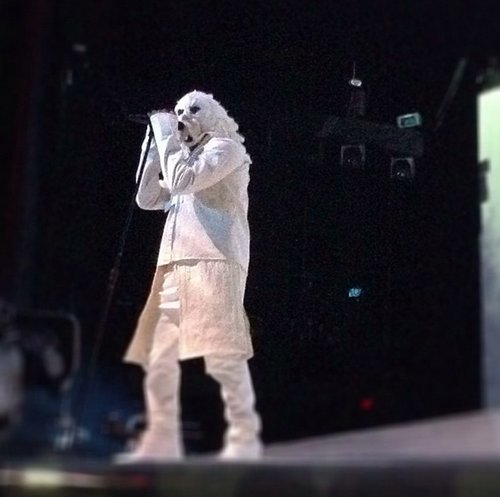 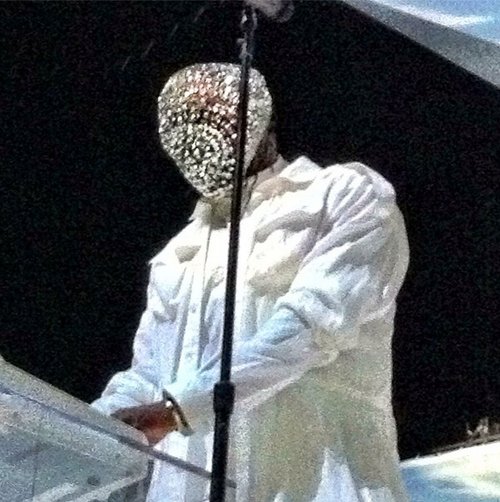 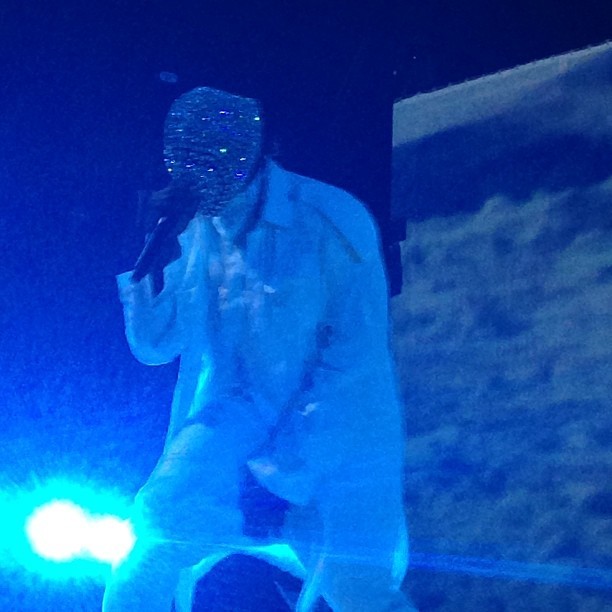 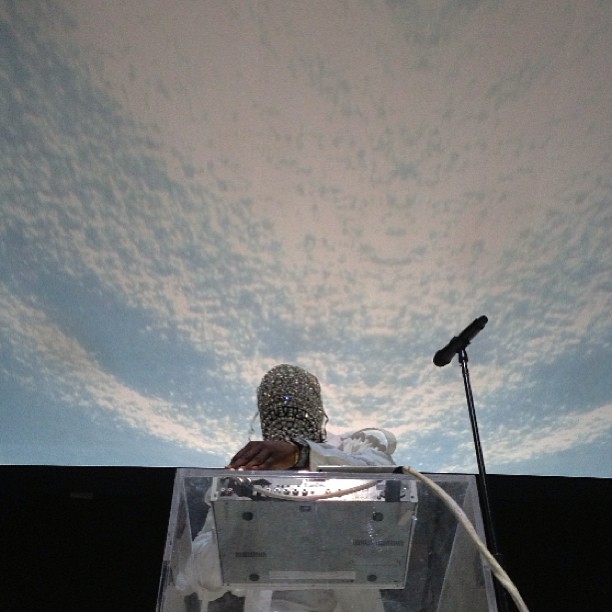 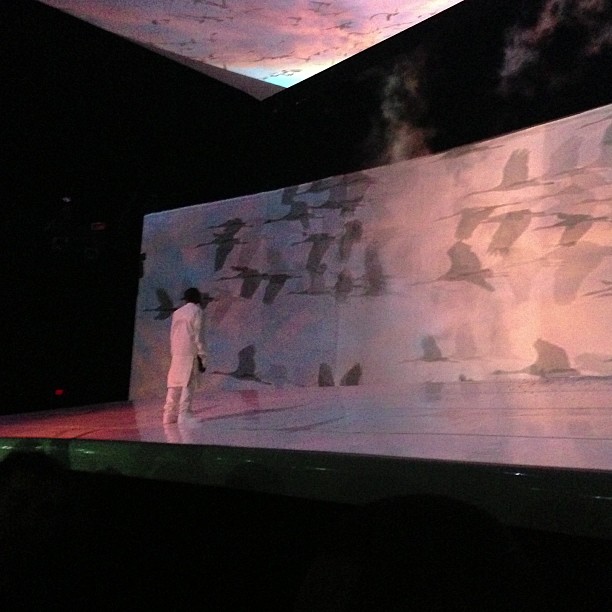 So She"s the World's Worst Socialite you make all this type of Money based on her Body...you get a Divorce because you can Keep a Man...Your Show show The Apple doesnt fall far from the tree cause her mom cant Keep a Family together...NOw your going to have a BASTARD for Kanye....WOW...she most be saying my life is now Complete...im a TRUE WASTE to Society !!!! My dad must be Proud Rolling 6 feet under....#Stop Writing about these WASTE PEOPLE...There is More to Life!!!!

Persona aside the man is a musical genius

Wats up with the wired get ups. Dress like a man, man..fail