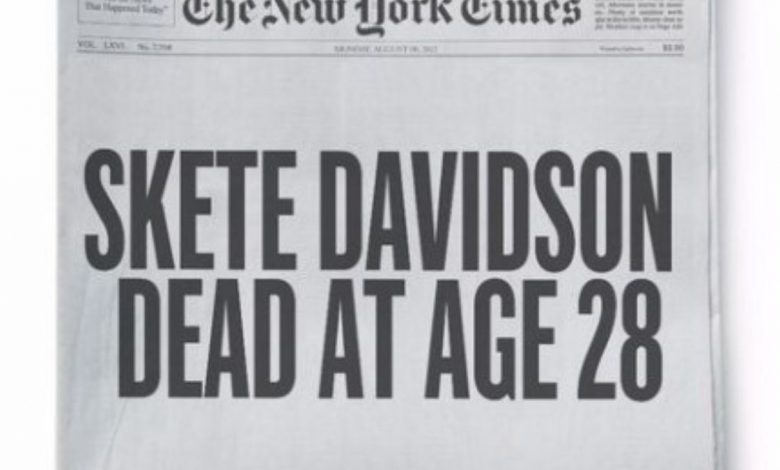 Following the recent news of Kim Kardashian and Pete Davidson’s breakup, rapper Kanye West took to his Instagram to seemingly throw shade at the latter in a post mourning his fake death.

Since the pair went public with their relationship in 2021, West has openly expressed his disapproval of Davidson on several occasions and dubbed the comedian “Skete” Davidson. Apparently in a celebratory mood after the pairs split, West posted a photo of a fake New York Times newspaper proclaiming “Skete Davidson Dead At Age 28.”

This is not the rapper’s first time alluding to Davidson’s death. In the mostly claymation music video for his track “Eazy”, West is portrayed kidnapping and burying a Davidson look-alike up to his neck in the ground.

Using the Instagram post to kill two birds with the proverbial one stone, West also made fun of fellow rapper Kid Cudi with “Kid Cudi meant to play funeral but fearful of bottle throwers,” appearing at the bottom of the doctored newspaper. Cudi replaced West as the headliner of Day 1 at the Rolling Loud music festival held in July. But Cudi left the festival prematurely after individuals in the crowd began throwing several objects at him on stage. 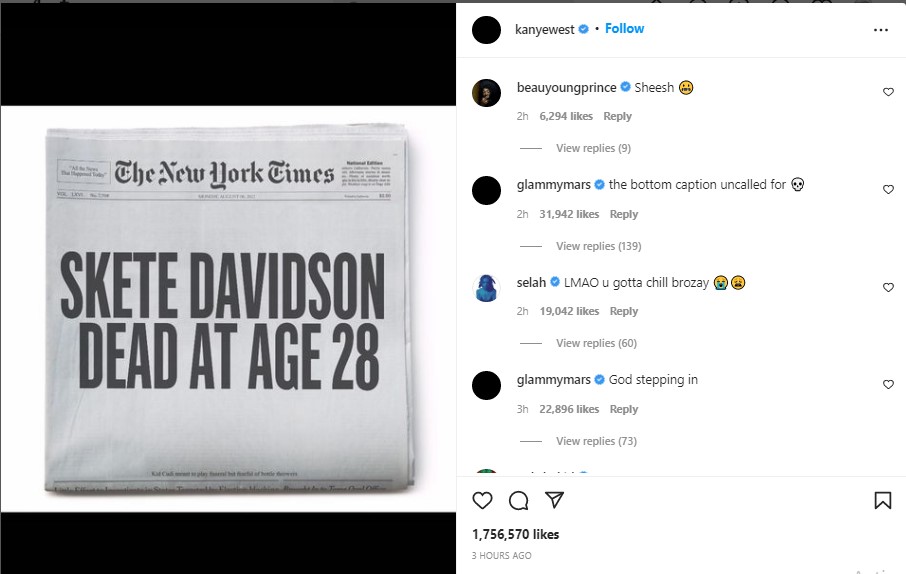 Last week, news broke that the couple had split after dating for nine months. According to Page Six, Kardashian and Davidson decided to call it quits and be friends due to their busy work schedules.

Comment by vaughn mitchell on August 8, 2022 at 9:38pm
Kanye, can't to get on his knees and beg Kim, to come back. He can buy every property next to her, she does not want him, so he can lol, at Pete Davidson, but that white boy was knocking dem boots. I would not be surprised if those tats on Pete's neck is fake.

Lol they got too much money they are bore, Kanye, pete, Kim every one of them