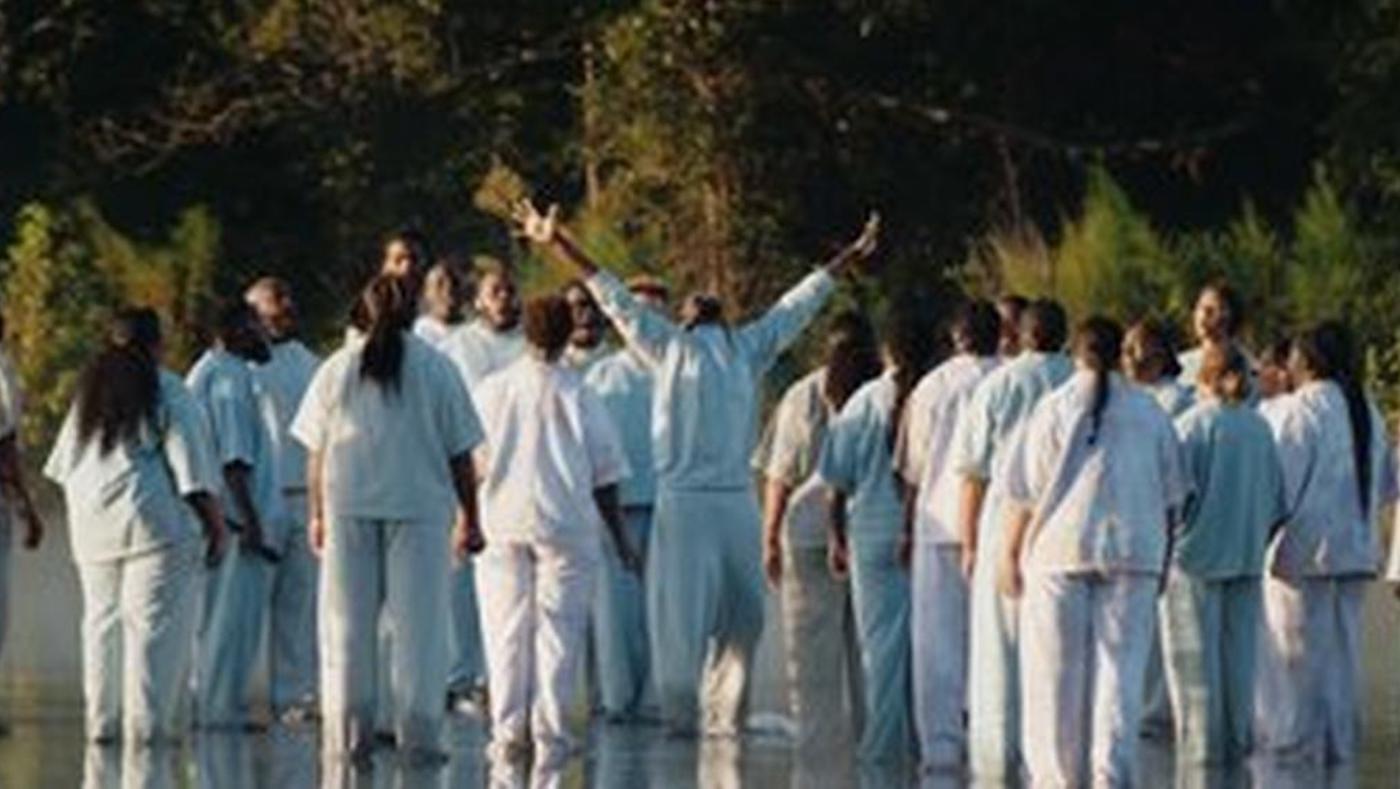 Kanye West and his congigation defies gravity and walks on water at his Sunday Service.

Kanye West is taking his faith seriously by walking in the footsteps of Jesus. Ye’s spiritual awakening was a revelation that changed the course of his entire life. Although always identifying himself as a Christian, it was around the start of 2019 that Yeezy fully committed to the way of the Lord and began to incorporate his faith into his music wherever he could. January 2019 saw the “Wash Us in the Blood” rapper launch his weekly Sunday Service, which gave fans the opportunity to connect to their faith through music.

The enthusiastic gospel choir puts their own spin on Kanye’s songs as well as those belonging to other artists during their Sunday performances in Calabasas and even ventured to Coachella to awaken the spirit during last year’s Easter weekend.

The latest edition of the Sunday Service took place in Atlanta, at a lake close to Pinewood Studios, where the Grammy-winner had something special in store for those who attended. Accompanied by his wife Kim Kardashian and Pastor Joel Osteen, Kanye West performed a feat of biblical proportions by seemingly walking on water with his crew. The video of the stunt demonstrates how the water that the believers stepped on was rather shallow, but it is surely the symbolism that counts.

It is possible that Kanye West has viewed the moment as his own second coming following the recent mental breakdown he incurred. A severe bipolar episode saw the farther of four reveal to the world that he and Kim had considered aborting their first child, his claiming on Twitter that the reality star was trying to have a doctor lock him up, and also that she had cheated on him with fellow rapper Meek Mill.

Comment by Thomas Nesbitt on September 9, 2020 at 8:16pm
I know he don't consider himself to be Jesus Christ?

Comment by vaughn mitchell on September 8, 2020 at 5:41pm
They need to stop the bullshit. He walk on water, next thing they're going to write that he part the ref sea. Whoever wrote this article need to be fired.