Kanye West and Buju Banton are cooking up in the studio.

In the latest update for newsworthy sightings, rapper Kanye West was spotted in the studio with reggae and dancehall star Buju Banton. The pairing sent Twitterverse into a tizzy as fans were anxious to know who flew to who. The duo is yet to collaborate, and this is the first time they’ve been sighted working together.
Kanye West was the first to unveil the photo of him and Buju in-studio on social media.

The rapper shared the snapshot alongside the words, “GREATNESS IN THE MAKING.” The photo showed Kanye seated in between Buju Banton and another gentleman behind the studio equipment and instruments. Buju appeared to be in deep conversation while Ye peered directly at the camera for the photo.
Sources confirmed with Urban Islandz on Friday that Kanye West is, in fact, in Jamaica, where he took the photo in a studio with Buju Banton. The rapper last visited the island in October 2019 for a special international presentation of his Sunday Service. 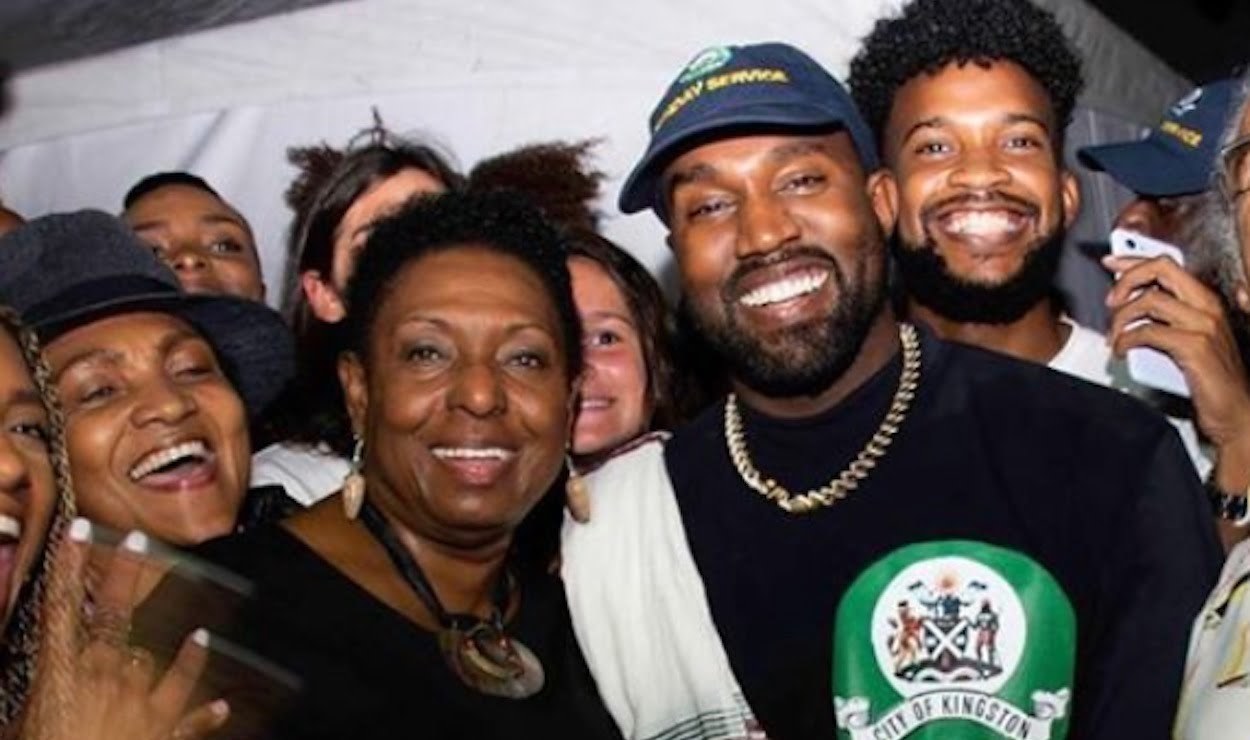 Buju Banton is currently signed to Roc Nation Management, and Ye could assumably get a verse from the Jamaican superstar cleared with his longtime friend and ‘brother’ Jay-Z quite easily. Kanye is certainly trying to tell us something with his tweet, and he and Banton might be coming out with a fire new banger sooner than we think.

West has recently embarked on a voyage to save black entertainers from the unjust system that streamlines their talent for profit. He shared screenshots of his recording contracts on Twitter and asked other rappers to dare do the same.

Could his mission have taken him all the way to the largest English-speaking country in the Caribbean? Banton is undoubtedly an advocate for fairness and champions for the liberation that Kanye alludes to when he says he will not see his people “enslaved” and calls record labels “modern slave ships.” If there is any man alive who would be a worthy collaborator on a political anthem for the cause, then it’s Buju Banton.

Do you think we will hear new music from Kanye and Buju soon?

Comment by vaughn mitchell on September 20, 2020 at 3:40pm
What will he say in Jamaica. Slave to the industry.