Kanye West accused his ex-wife Kim Kardashian of having an affair with married Phoenix Suns star Chris Paul in one of his final tweets before being kicked off Twitter for a string of deeply offensive and anti-Semitic remarks last night.
The rapper - who has a history of mental illness and has been diagnosed with bipolar disorder - shocked even his harshest critics yesterday with his tirades on Alex Jones' Infowars podcast.
He said he 'liked Hitler', denied the Holocaust and insisted anyone who disagreed with him or tried to silence him was trying to censor free speech.  After unraveling on Infowars, he then carried on his rants on Twitter before being booted off by Elon Musk.
In one of his final tweets, West - determined to cause controversy - said: 'Let's break one last window before we get outa [sic] here,' seemingly aware that Musk was seconds away from banning him. 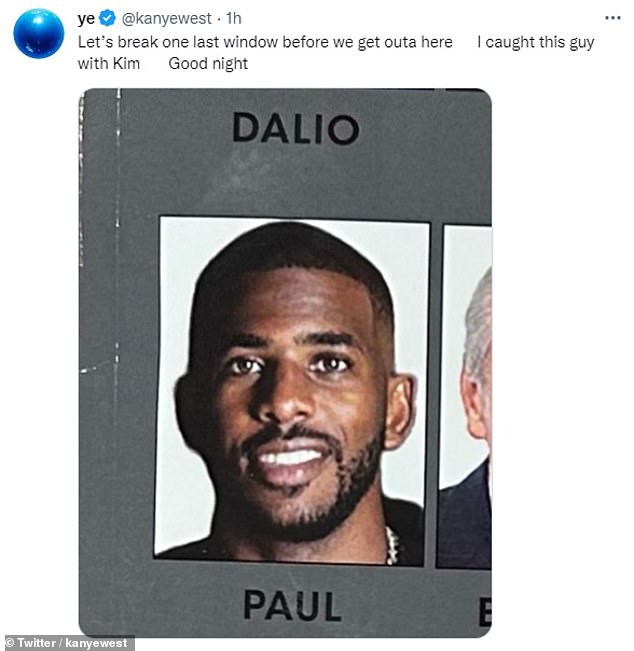 In one of his final tweets, West - determined to cause controversy - said: 'Let's break one last window before we get outa [sic] here,' seemingly aware that Musk was seconds away from banning him 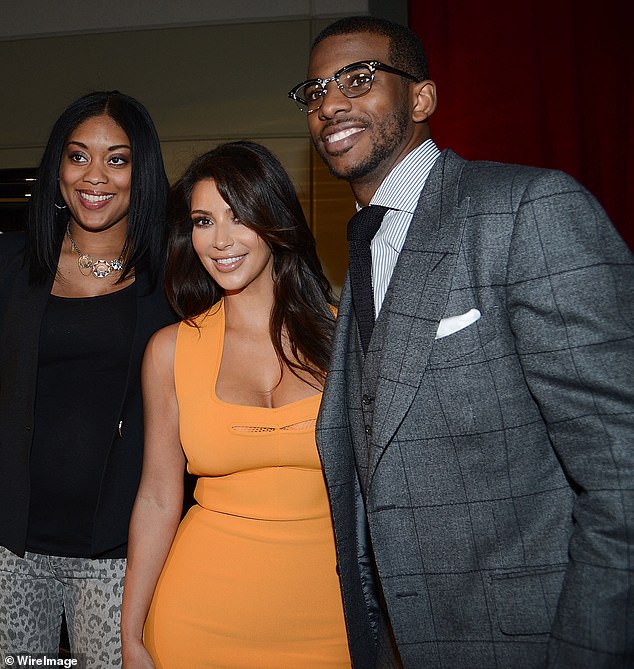 Kim with Paul (right) and his wife Jada in 2012. Kim's reps declined to comment on the affair  accusation

He tweeted a photograph of Paul, and wrote: 'I caught this guy with Kim. Good night.'

Representatives for Kim declined to comment when approached by DailyMail.com on Friday.

Paul, who has been married to wife Jada since 2011, has not yet responded to inquiries.

Kim - 42, who was spotted in Miami last night in a barely-there outfit -  has not addressed her ex's anti-Semitic rants at all.

She is already facing widespread backlash for her partnership with Balenciaga amid a child imagery scandal engulfing the fashion house.

The reality TV star turned businesswoman said she was 're-evaluating' her relationship with the brand. 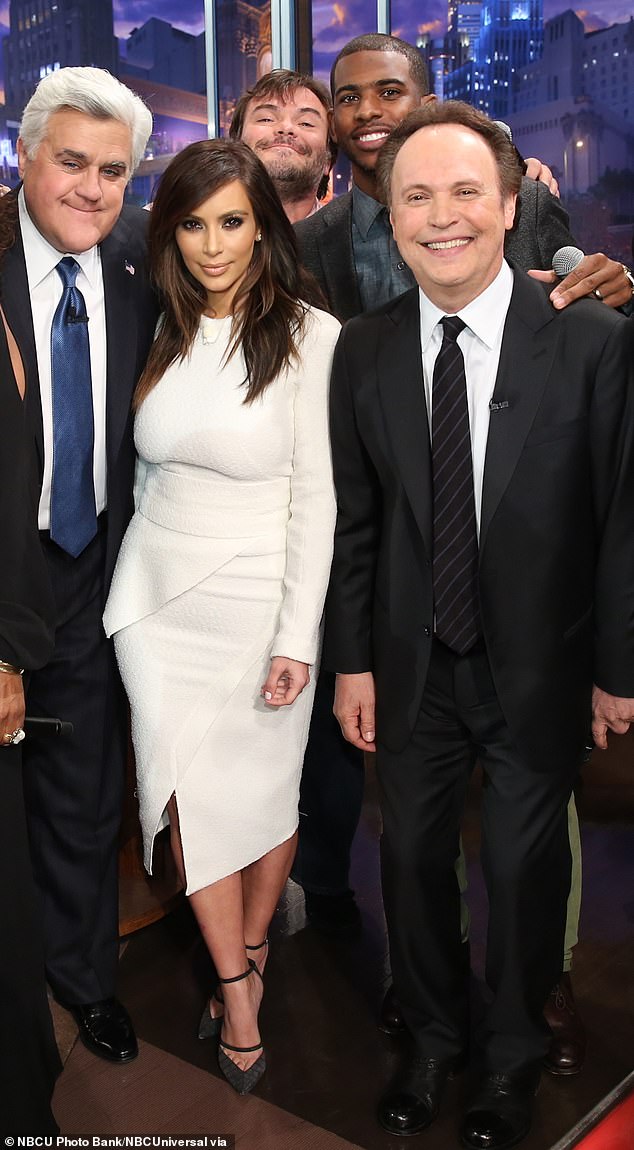 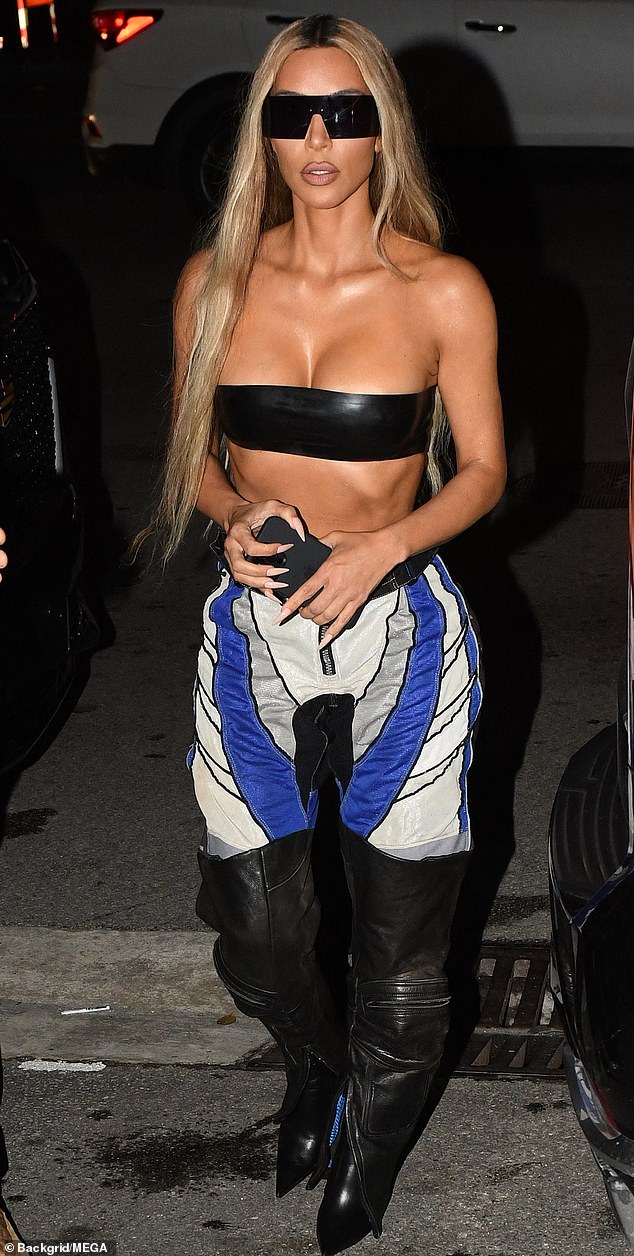 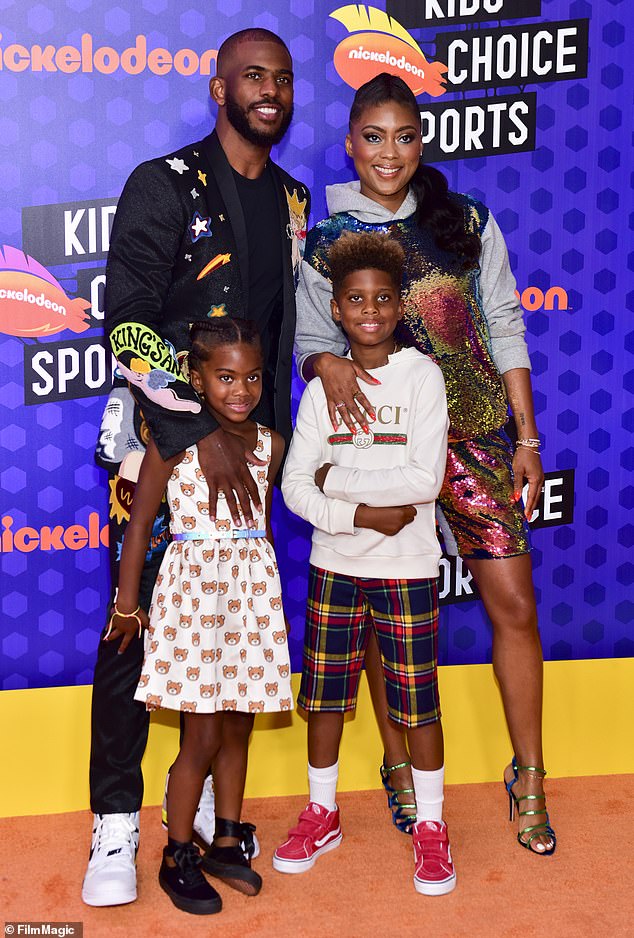 Chris Paul and his wife Jada are yet to respond to inquiries about West's allegation. The pair have been married since 2011 and have two children

It has since emerged that she turned down an offer to star in their 2023 campaign before she publicly denounced them.

It is not the first time West has targeted his ex-wife publicly while seemingly in the throes of a mental breakdown.

He previously accused her of wanting to have an abortion when she discovered she was pregnant with their oldest daughter, North, and he has repeatedly attacked her famous family in other ramblings.

Girl without a respectful and impressionable strong father in her life can become the most dangerous person in life.

It don't surprise me this.  But this chick is a real WHORE.  I guesss Kanye was trying to make a wife out of a HO!

Ok what's the big deal, why do men who chase those hoes always complaining, she is a slut, she f**** for attention, money and fame that is her thing, but you stayed with her, now you want to complaint, I can't help you homie, I ain't saying she a gold digger, but she is sure is a hoe, than again she is a gold digger