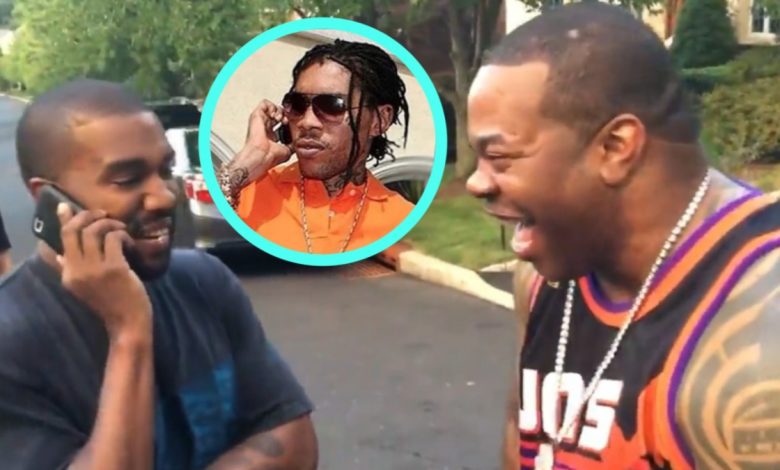 A video was posted recently by Busta Rhymes on his bustarhymes Instagram account featuring him, Kanye West, and an individual said to be Vybz Kartel.

In the video, it can be seen where the entertainers and their entourage are on the street in what seems to be the suburbs, and Kanye is holding a conversation on the phone with Kartel. The caption on the video states, “The WorL Boss @vybzkartel & @kanyewest Speaks!! By way of The

Busta encourages Kanye from the sidelines saying “mi wah hear yuh Jamaican accent ennuh” while they are being videoed by members of the crew. The person on the phone seems to ask a question to which Kanye said that Busta asked him to do a Jamaican accent and the crew and Busta dissolved into laughter.

Smiling, Kanye said that he isn’t trying to have a “disrespectful Jamaican accent talking to Vybz Kartel.”

The good-natured conversation continued with Kanye remarking that “I just wanna show you some love bruh” and then going on to comment that he was “out here working on this joint.”

A fan in the comment section said “This is too random and surreal. Kanye standing on the streets in the burbs with Busta while a lady tryna back out her driveway. She prolly don’t even realize who they are

Watch the video below;