‘Just Like We Got You Elected, We Can Get You Out’: Activists Chase Kyrsten Sinema into a Bathroom Stall (Watch) 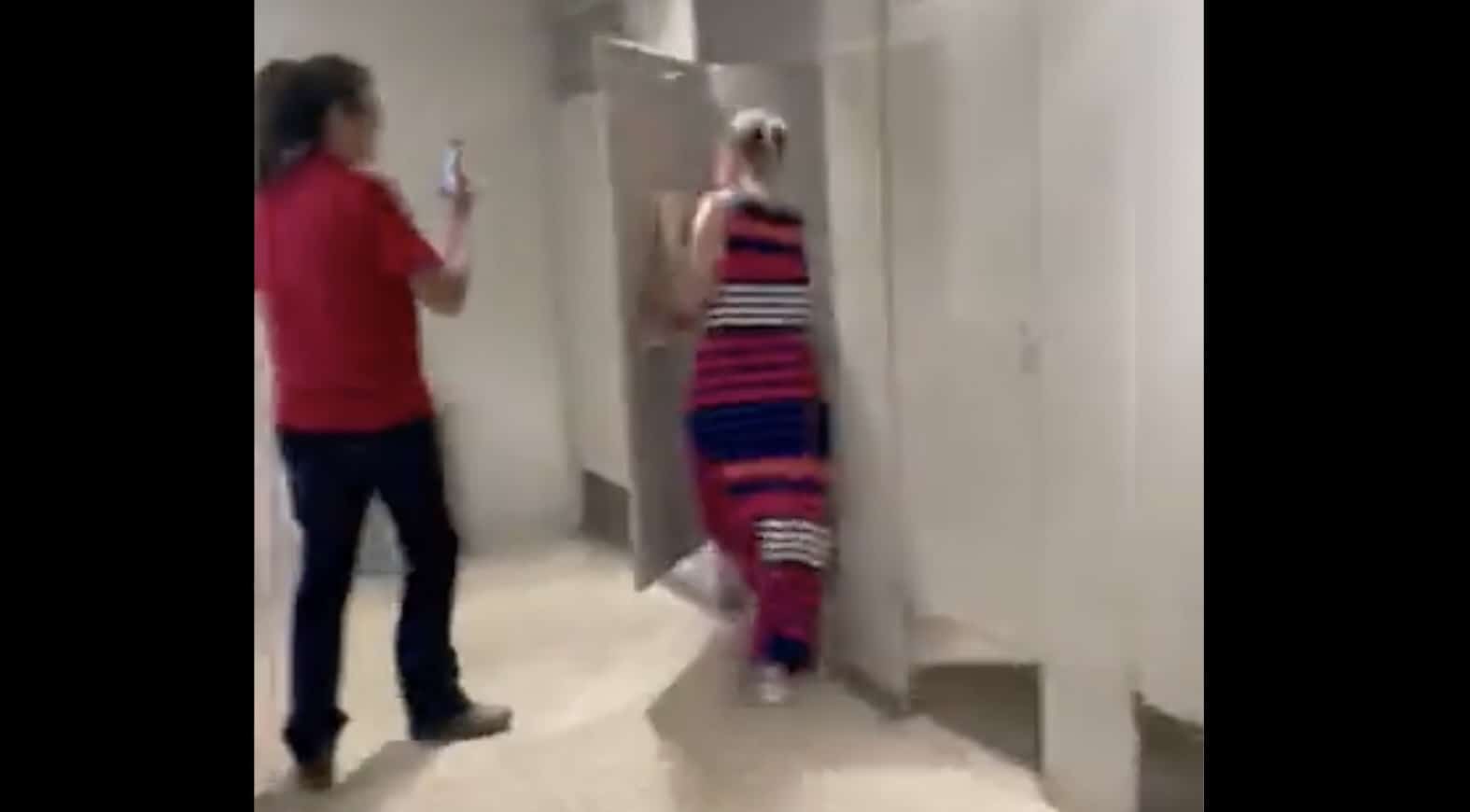 When you’re one of two conservative-leaning Democrats in the Senate and standing in the way of your party’s attempt to enact legislation that will actually change lives, you might find yourself being chased into a bathroom stall – politely – by Dems who need you to explain yourself.

Members of the social justice group Living United for Change in Arizona (LUCHA) on Sunday, Oct. 3 tweeted video of their attempt to chat up Arizona’s Sen. Kyrsten Sinema on her objection to President Biden’s Build Back Better agenda. They caught her coming out of her classroom at Arizona State University, where she teaches.

“Actually, I’m heading out,” she told the group members, who started talking to her anyway, as she hustled off.

“We need to hold you accountable to what you told us, what you promised us that you were going to pass when we knocked on doors for you,” an activist, Blanca, says as they follow her into the rest room. “It’s not right.”

As Sinema ducked into a bathroom stall and closed the door, the group members stood facing the stall and kept addressing her, saying the Build Back Better plan has “solutions that we need.”

“We knocked on doors for you to get you elected. And just how we got you elected, we can get you out of office if you don’t support what you promised us,” said the woman filming. Watch below:

Another clip captured Sinema’s exchange with a separate protester, who followed the Democrat back into her classroom.

“We wouldn’t have to resort to confronting @senatorsinema around Phx if she took meetings with the communities that elected her,” the caption reads. “She’s been completely inaccessible.” In the footage, the group stands outside, chanting, “Build back better! Pass the bill!” and “Undocumented! Unafraid!”

This Is a very good blog. I really appreciate that. Thank you for share this kind of blog with us.

Comment by vaughn mitchell on October 5, 2021 at 11:37pm
She is not a progressive or moderate Democrat, she is a Republican Conservative, disguising herself as a Democrat. She is a Democrat, in name only. RHINO =DINO. She has done nothing to help her party she and Joe Munching, they need to be voted out. Republicans love both of them.

The Progressives and the Moderate Democrats will have to come to some middle ground; say 2 trillion dollars, then after the bill passes, everyone can celebrate.